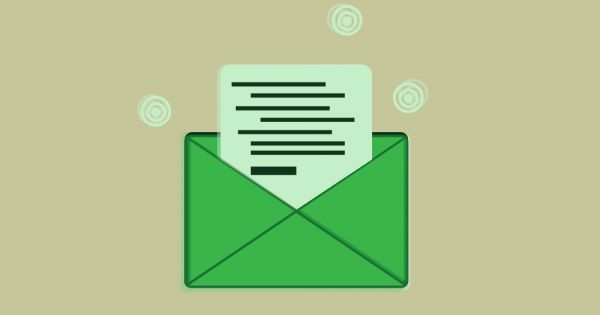 Your thoughts on the women who help choose bishops

Last month, Pope Francis appointed three women to the Vatican’s Dicastery for Bishops, fulfilling an earlier commitment that, for the first time in the office’s history, women would have a voice in the department tasked with advising the pontiff. on the priests to be appointed as bishops. . The “historic” appointment, says NCR political columnist Michael Sean Winters, is a huge change in the life of the Roman Curia and in the life of the universal Church. While NCR editor Heidi Schlumpf argues it will take much more to undo centuries of misogynistic oppression than the appointment of three women to a Vatican office. Below are letters from NCR readers responding to the nomination that have been edited for length and clarity.

I found Michael Sean Winters’ article encouraging. This encouragement is much needed at the present time.

My prayer is that Pope Francis doesn’t just rearrange the lounge chairs on the Titanic. This is an old boys network and here in the US needs a lot of attention. Our bishops disagree on many issues, and in some cases their overextension of power and control is divisive. Hopefully these women will be heard when it comes to appointing good and humble shepherds for our wounded church.

I am so happy that the Holy Father recognizes women in this way. Indeed, this is long overdue, as is the need for female deacons to help with the shortage of clergy.

If only women could help the Holy Father reassign some of the bishops in America who fight him at every turn, overtly or covertly.

I appreciated the report by Michael Sean Winters on the opening of the dicastery to women by Pope Francis.

However, his assertion that the laity could somehow “forget too easily that obedience, like prayer and suffering, are the true sources of power in the Christian faith” is problematic on all levels. His assertion is certainly inconsistent with the lay faithful with whom I have served in church ministry for 30 years. I’m not sure I can say the same for the ordained with whom I worked during this same period. I was sincerely disappointed to read his assessment of the laity.

I am happy that Pope Francis allows women to participate in the selection of bishops. However, women are not part of the group in which they can choose. Still a long way to go.

I continue to be impressed by Pope Francis and his valiant attempts to make sense of the Church in the 21st century. I certainly admire his involvement of women in the Vatican as something other than guardians.

There may even be a pope one day appointing women who lead normal family lives in addition to their professional accomplishments, as the secular world already does. This will truly shake the stuffy, naive, ordained “singles” who lead the church at all levels.

I do not believe that the appointment of women to the Dicastery for Bishops is “too late”. Doesn’t our Catholic faith tell us that, barring damnation, it’s never too late for positive transformation? Unless the author means to imply that the church is damned, I fail to see how positive change in the church can ever be dismissed as coming “too late”.

Now, “too little” on the other hand is a fair characterization. The institutional church remains awash in sexism. Mitres and misogyny often go hand in hand in the Catholic Church. How will we fight against this? Women in countries where the church is not dying will lead the charge! We should center their voices and look to them for guidance.

I find that I do not fully agree with Heidi Schlumpf’s statements nor Kathleen Sprows Cummings’ quote regarding the appointment of women to the Dicastery for Bishops. In his essay, Schlumpf alludes to the idea that every journey should start with a small step. Although this is apparently a small step, it resounds loud and clear that the Catholic Church is turning a corner.

Rather than claiming that these appointments are too few and too late, it can be argued that it is high time women were given a central role in church governance. This step will add to these roles, perhaps even opening up the diaconate to women and possibly to the priesthood itself.

As Schlumpf’s essay asserts, the Church thinks in centuries. It took 500 years for Trent to reach the Second Vatican Council to make the Church what we see today. Revolution can cause sudden changes, but evolution takes time. I have no doubt that this is a continuation of an evolutionary trend that will make the church more representative of the aspirations of the faithful.

We can’t publish everything. We will do our best to represent the full range of letters received. Here are the rules:

We cannot guarantee publication of all letters, but you can be assured that your submission will receive careful consideration.

Published letters may be edited for length and style.

Letters containing erroneous information or misleading content without a correct source will not be published.