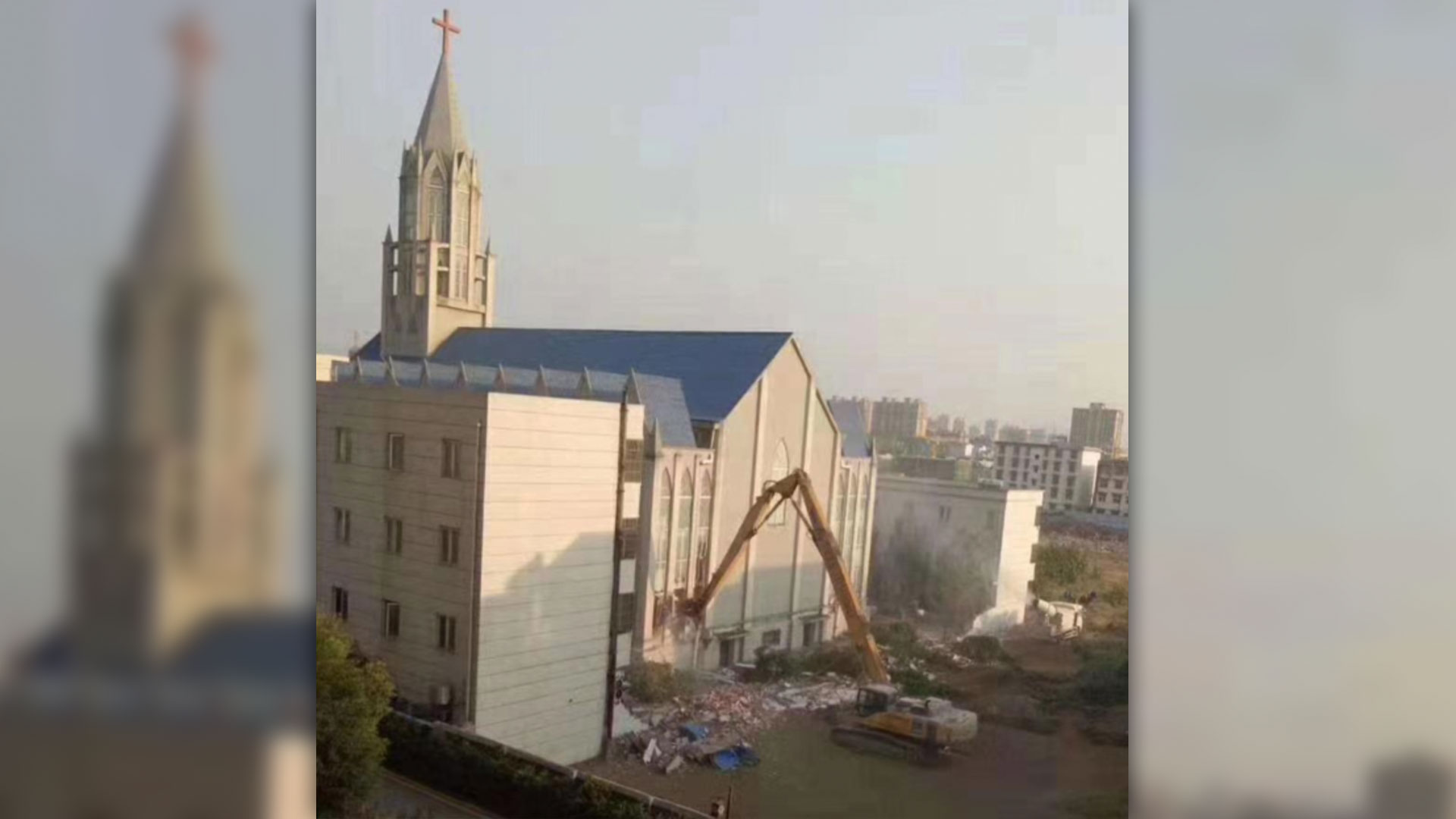 In the latest egregious attack on the general church in communist China, Chinese government authorities demolished a mega-church building in the Funan, Anhui area, beginning demolition while the congregation worshipped. Church pastors were also arrested and detained.

The incident happened over the weekend, according to the international Christian human rights organization China Aid.

Government officials have not provided any document ordering the demolition of the 3,000-seat church. But they produced arrest warrants for leaders Geng Yimin and Sun Yongyao. The two pastors were arrested on charges of “gathering a crowd to disturb social order”.

Watch the video of the destruction of the church building posted by China Aid.

What is even scarier for members of the congregation is that the church is part of the officially recognized network of churches in the communist country.

“This is yet another clear example of the escalation of religious persecution today by the Chinese communist regime,” said ChinaAid President Bob Fu. “The utter disregard for the protection of religious freedom as enshrined in the Communist Party’s own Constitution sends a signal to the world that President Xi is determined to continue his war against peaceful Christian worshippers. This campaign will surely ultimately fail. .”

Reports of attacks on Christians and other religious groups have multiplied from China in recent years, including bulldozing churches and mosques, banning Tibetan children from studying the Buddhist religion and incarcerating more than a million members of Islamic ethnic minorities in so-called “re-education centers.”

President and Communist Party leader Xi Jinping has ordered that all religions must “sinicize” to ensure they are loyal to the officially atheist party.

The Chinese government requires Protestants to pray only in churches recognized and regulated by the officially sanctioned Patriotic Three Empowerment Movement, although many others are part of independent congregations.

The attack on the Funan Church is just as brazen as the raid staged by Chinese officials last December on the Early Rain Covenant Church. Several church members were imprisoned along with its pastor Wang Yi.

The Unregistered Calvinist Church started in 2006 and now claims over 500 members.

Like CBN News reported that Pastor Yi’s home was raided and ransacked by police on December 9. The raid may have been sparked by a 7,300-word manifesto titled “Religious War Meditations,” which Yi wrote and posted on social media.

He condemns the Chinese Communist Party and urges Christians to perform acts of civil disobedience.

Yi criticized the government for forcing its citizens to engage in “Caesar worship” by treating President Xi Jinping as a god. He wrote that the ideology “is morally incompatible with the Christian faith and all who uphold freedom of mind and thought”.

In June, Yi’s wife, Jiang Rong, 46, and their son were released after spending six months in prison.

There has still been no official word from the Chinese government about Pastor Yi, his current condition or whereabouts.

At 3 Crossings in the Strip, Oxford mixes architectural styles and architects