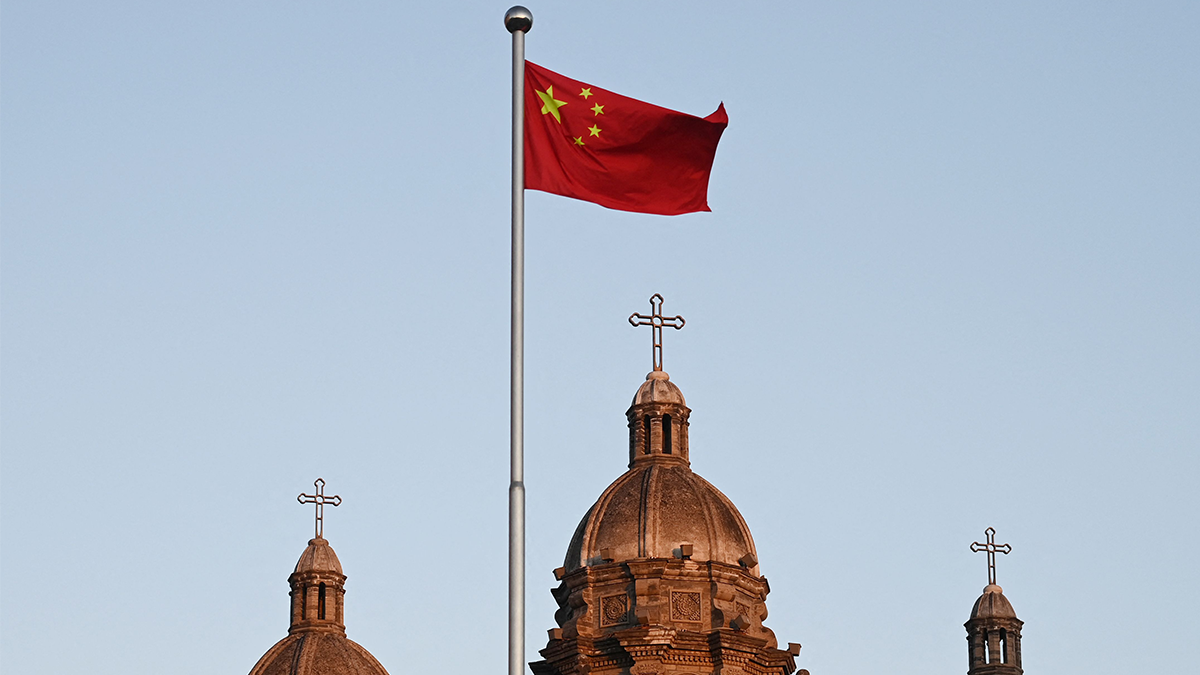 Vatican renewal of the pact on the Chinese bishops: “shameful” or diplomatic?

Catholic commentators are weighing in on the Vatican’s decision to renew a deal with China over the appointment of Catholic bishops in the officially atheist communist nation.

While some spoke out against the Vatican’s decision, calling it “shameful”, others called it strategically necessary for the good of the Catholic Church although they did not entirely agree with it. .

The OKinitially signed in 2018 and renewed for a second time Saturday, essentially allows the Chinese Communist Party to participate in the selection of Catholic bishops, although Pope Francis has the “final say”, The Associated Press reported. Details of the agreement are not publicly available.

“Pope Francis’ China policy is the product of Argentina’s inherited attitude of hostility towards the United States, which leads him to seek allies among the enemies of the United States for their own good”, Henry Sire , author of the 2018 book “The Dictator Pope: The Inside Story of the Francis Papacy,” told the Daily Signal in an email, adding:

It is the same policy which made him want a rapprochement with Russia, and which prevents him today from condemning the invasion of Ukraine.

Both policies have proven disastrous, but he shows how stubborn he is by sticking to them, regardless of the consequences. Don’t forget that his slogan has always been “Make a mess”, and in that at least he succeeded.

In a statement announcing the renewal of the agreement, the Vatican said it was “committed to continuing a respectful and constructive dialogue” with China.

“After appropriate consultation and evaluation, the Holy See and the People’s Republic of China have agreed to extend for two years the provisional agreement regarding the appointment of bishops, which was signed on September 22, 2018 and previously extended on October 22, 2020” , said the Vatican said in a report.

“The Vatican side is committed to continuing a respectful and constructive dialogue with the Chinese side for the productive implementation of the agreement and the further development of bilateral relations, with a view to furthering the mission of the Catholic Church and the good of the Chinese people,” the statement continued.

Francis previously spoke about the deal during an interview with Reuters in July, saying he was “going well” and that he hoped he would be renewed in October.

In the same interview, Francis compared opponents of the accord to those who expressed opposition to the agreements struck in the 1960s and 1970s by Popes John XXII and Paul VI with the then communist nations of Eastern Europe. .

However, Phil Lawlerthe editor of Catholic World News, criticized the deal second extension in an email to the Daily Signal as a “shameful abandonment of religious freedom and a betrayal of faithful Chinese Catholics who still face repression.”

“The agreement was supposed to be designed to ensure the appointment of reliable Catholic bishops. But in four years, only six new bishops have been appointed,” he said.

“There are more Catholic bishops (eight) currently in prison or under house arrest in China, and nearly 40 dioceses without bishops,” Lawler said, adding:

The agreement is a clear failure. Still, Vatican officials have shown every indication they are determined to press ahead with the deal. Thus, the negotiation seems unilateral. The Vatican is obviously ready to compromise; Beijing is just as obviously not.

Stephen Schneck, appointed by President Joe Biden in June as commissioner of the US Commission on International Religious Freedom, also expressed distress over the deal, saying the commission is “extremely disappointed” with the Vatican’s decision. and called on the Holy See to “rethink its decision.

Schneck retired from the Catholic University of America in Washington, DC, in 2018, after more than 30 years as a professor, department chair and dean, according to the commission.

“I certainly understand as Catholic that the Vatican is playing the long game here and not thinking about the immediate circumstances, but I think these agreements have produced no improvement in religious freedom for Catholics in China,” Schneck said. Told Crux, a Catholic site, “and I think the Holy See should really rethink its decision to dance with [Chinese President Xi Jinping] about this whole thing.

“The only thing I would say is that the Vatican has the oldest diplomatic corps in the world, and it has a long history of concordats with governments that are, to varying degrees, at odds with the Catholic education,” Pecknold told the Daily Signal. in an email.

“The purpose of these concordats is always the salvation of souls, and therefore whatever agreements the Vatican makes with countries, it does so according to a different calculation than with nations,” he said.

I don’t believe the details of the concordat are public, but I’ve seen a lot of ignorant speculation about the investiture and other alleged compromises.

I would advise caution in reporting, because it is a grave temptation to think that the Vatican should act in the world, according to the measure of what is going on in American foreign policy.

Cardinal Luis Antonio Tagle, former Archbishop of Manila, defended Francis’ decision to renew the China deal in an interview with Vatican Newsinvoking the need to “reassure, comfort and animate” Catholics living in China.

“The reason for everything is to safeguard the valid apostolic succession and the sacramental character of the Catholic Church in China,” Tagle said. “And it can reassure, comfort and enliven baptized Catholics in China.”

The Chinese Communist Party has a habit of targeting Christians.

“Since 1949, the Catholic Church has been driven underground by the Communist Party. Dozens of Catholics and other Christian denominations have been persecuted, harassed, imprisoned, tortured and died in prison,” Erin Walsh, senior international relations researcher at the Heritage Foundation, told the Daily Signal in an email. (The Daily Signal is the medium of the Heritage Foundation.)

“Since Xi Jinping came to power in 2012, things have gotten worse, as he is a fierce Marxist-Leninist. The Communist Party is the highest order,” Walsh said, adding:

Things continued to get worse for Christians. Churches, Bibles, crosses [have been] removed. State sponsored priests and bishops give sermons this includes Xi Jinping thought and propaganda.

Children under the age of 18 are prohibited from attending mass. Many have been forced to remove photos of Jesus from their homes and replace them with photos of Xi.

A 90-year-old retired archbishop, Cardinal Joseph Zen, was stopped in May for “conspiracy to collide with foreign forces”.

Zen was arrested along with five others for apparently failing to properly register the 612 Humanitarian Relief Fund, an organization that has assisted democracy advocates in Hong Kong in 2019 and 2020, the The Washington Examiner reported.

Pastor Wang Yi, who founded the Early Rain Covenant Church in Chengdu, China, and was stopped in December 2018, is another example of China’s relentless religious persecution.

He and about 100 other members of his congregation have been charged with “inciting the subversion of state power”, which is “an accusation often leveled against Christians who do not fit the ideological mold of the Communist Party”. “. The Daily Signal previously reported.

Wang was convicted in December 2019 and sentenced to nine years in prison for “illegal business operations” and “incitement to overthrow state power”, according to Christianity today.

The Vatican did not immediately respond to the Daily Signal’s request for comment.

Do you have an opinion on this article ? To chime in, please email letters@DailySignal.com and we’ll consider posting your edited remarks in our regular “We Hear You” column. Don’t forget to include the URL or title of the article as well as your name and city and/or state.