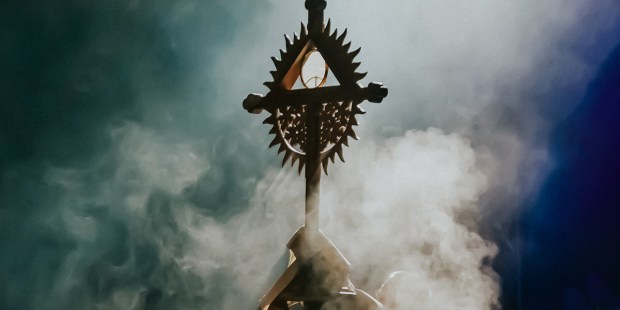 US bishops to send team of ‘preachers’ to lead Eucharistic renewal

Sixty Eucharistic preachers were chosen to share their faith that Jesus is truly present in the Eucharist and has the power to transform the world.

The United States Conference of Catholic Bishops has formed a special team of priests to be sent on a mission of vital importance to the Church and the nation.

These 60 Eucharistic preachers will form the “front line” of the Church’s Eucharistic Renewal, a three-year grassroots initiative aimed at increasing devotion and belief in the real presence of Jesus in the Eucharist.

In November 2021, following the publication of a Research bench survey that found a drop in the number of Catholics who believe Jesus is truly present in the Eucharist, bishops have voted to lead eucharistic renewal.

Beginning on June 19, the feast of Corpus Christi, and culminating with the Eucharistic Congress in 2024, the effort aims to fan the fires of faith among Catholics and attract others to the Church.

Facilitating a Personal Encounter with Jesus

Bishop Andrew Cozzens, head of the Committee for Evangelization and Catechesis, told Aleteia that Eucharistic preachers “will serve as a kind of ‘front line’ for Eucharistic renewal.”

Their mission, he said, is to share their love and belief in the Eucharist and its transformative powers.

“My hope is to see our Church and our country healed, transformed and renewed through deep and personal encounters with Jesus in the Eucharist. From this personal encounter, I am convinced that the Holy Spirit will inspire dynamic and creative works of charity which are the mark of a Eucharistic life to reach those who are on the physical and existential margins for years to come,” he said. -he declares.

Over the next three years, the group of diocesan and religious priests from across the United States will be sent to preach the Eucharist at various events, including gatherings for diocesan and parish leaders, special diocesan masses and hours Holy Eucharists, clergy convocations, diocesan Eucharistic congresses and youth and young adult events.

“We send them to dioceses across the country to help ignite the flame of faith and Eucharistic devotion in the United States through their preaching. This is not to say that every local Church does not already have excellent preachers, but we see these Eucharistic preachers as a resource to support and complement local initiatives during the Diocesan Year of Eucharistic Renewal.

After being appointed by their bishops, the priests went through a process of discernment before committing to participate in the mission.

Eucharistic preachers begin their mission with a retreat

The group of priests then attended a retreat April 3-6 at the Mission of Our Lady of the Angels west of Chicago.

Sister Alicia Torres, a Franciscan of the Eucharist of Chicago, involved in forming the National Eucharistic Preachers Initiative, said the retreat was “truly Pentecostal”.

“The real presence of Jesus was lived in a powerful way at Mass, where the sacrifice of Christ is renewed daily, and in the deep silence of Eucharistic adoration,” noted Sr. Alicia. “The priests not only looked inward with Jesus, but also outwardly towards Jesus when they met him in the Eucharist, then in each other and in the poor, whom they took time to love and serve during the retreat.”

The retreat included speeches from Cardinal Blase Cupich, a number of bishops, including Bishop Cozzens, Fr. Mike Schmitz of the Diocese of Duluth and Dr. Tim O’Malley of Notre Dame’s McGrath Institute for Church Life.

Bishop Cozzens explained that the retreat helped prepare the priests for their mission.

“What is essential for good preaching is one’s own relationship with Jesus. The framework of the retreat, where priests could take time away from their regular duties for a time of prayer, formation and fraternity was really needed. Many priests said that it was in the moments of Mass or Eucharistic adoration that they experienced the deepest movements of grace and felt prepared by Christ himself to serve as Eucharistic preachers,” said he declared.

Prof. Roger Landry, priest of the Diocese of Fall River, Massachusetts, one of the Eucharistic preachers present at the retreat, compared the experience to that of the apostles.

“Before the apostles were sent out, they were first with Jesus. Spiritual fruitfulness always begins with a life steeped in prayer,” he said. “It was a powerful experience to pray with my fellow Eucharistic preachers before the Eucharistic Lord as he sought to strengthen us to bring others to join us in reverence before him.”

Landry said he was motivated to join the effort because of what he sees as a dual crisis in the Church.

“Polls have shown that seven out of ten Catholics in the United States do not believe that Jesus is truly present in the Eucharist, but that the Eucharist is fundamentally a symbol, and that three out of four Catholics do not come to Mass every Sunday. These crises cannot be blamed solely on faulty preaching, but the failure to preach effectively about the real presence of Jesus and lovingly motivating people to prioritize coming with him and receiving him at Mass does certainly part of the problem, he said. .”

“It is necessary that all who preach and teach in the name of the Church at all levels try to help people know, believe and live according to what the Church professes about the reality of the presence of Jesus in the Holy Eucharist,” Landry said. added.