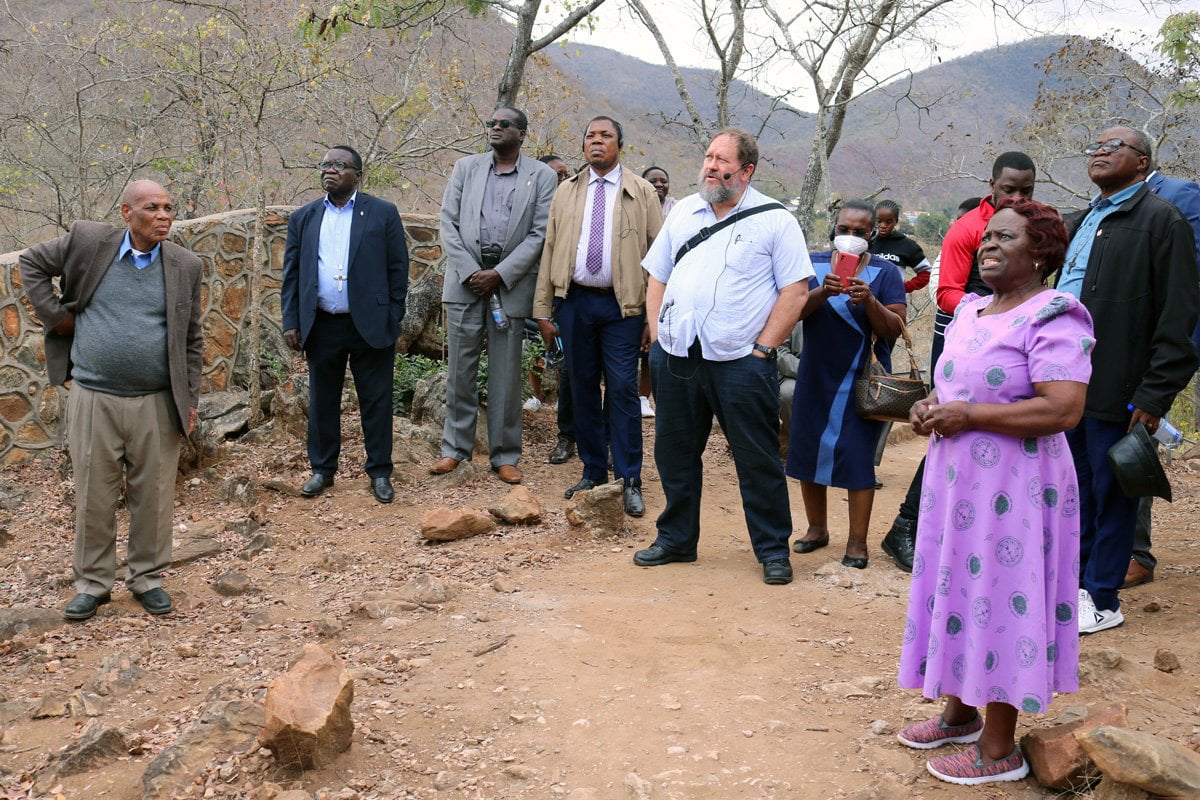 (RNS) – A group of United Methodist bishops in Africa announced Thursday, September 8, that they will no longer work with the Africa Initiative or the Wesleyan Covenant Association, accusing the groups of spreading false information.

In A declaration published at the end of last week’s meeting of the Colleges of Bishops of Africa at Africa University in Zimbabwe, the bishops said, “We will not tolerate anyone giving false information about The United Methodist Church in our regions”.

The Bishops say the Africa Initiative, which was established in 2008 to give African clergy and laity a stronger voice in the global denomination, has “lost its original purpose of helping The United Methodist Church in Africa.” Instead, according to the statement, the initiative is “working with the Wesleyan Covenant Association to destroy our United Methodist Church.”

They also claim that the Africa Initiative supports the worldwide Methodist Church.

In recent years, The United Methodist Church has discussed plans to split the denomination, largely over differing views on ordination and marriage of LGBTQ members. In 2020, several bishops and leaders of advocacy groups arrived at a proposal that would allow individual churches and regional annual conferences to leave to form new expressions of Methodism, committing $25 million for the establishment of a theologically Methodist denomination. conservative.

With a vote on the proposal at the 2020 meeting of the General Conference, the denomination’s global decision-making body, repeatedly delayed due to the pandemic, some Methodists founded the World Methodist Church earlier this year in as a home for theologically conservative Methodists.

But the World Methodist Church, the African bishops pointed out in their statement, has yet to be recognized by the General Conference.

In the meantime, the statement said, African Bishops “remain committed to the teachings of the Bible and the doctrines of our Christian faith and heritage.” Yet their decision to distance themselves from the groups disrupts an oft-heard narrative that conservative views on the growth of United Methodist conferences in Africa and Asia are a driving force behind the schism.

The declaration was signed by all but one of the 13 bishops active in Africa on the list United Methodist Church websiteas well as Bishop Nkulu Ntanda Ntambo, retired.

The lone resister was Bishop John Wesley Yohanna of the Episcopal Area of ​​Nigeria, who says United Methodist News, “The Africa Initiative and Wesleyan Covenant (Association) push for obedience to the Bible and the Book of Discipline. Why shouldn’t we associate with them?

On Monday, the Wesleyan Covenant Association, a network of theologically conservative United Methodists, replied on Facebooksaying he was “deeply disappointed, but not surprised, by the statement supposedly coming from all African bishops.”

“We remain committed to working with theologically conservative Methodists across the African continent to strengthen their testimony of faith and their right to make informed decisions about their future in the church,” the message reads.

The Wesleyan Covenant Association has also shared a long answer signed by 18 members of the Africa Initiative’s executive committee which called the bishops’ statements a “declaration of war”.

The response from the Africa Initiative indicates that the group decided at its last meeting to continue to support the proposal to split the denomination and to encourage African churches to await a vote on this proposal at the next meeting of the Conference. general.

African bishops are not the first to voice concerns about the tactics used by the Wesleyan Covenant Association and other conservative groups to encourage churches to disaffiliate from the denomination.

In his first official address as president of the United Methodist Council of Bishops last month, Bishop Thomas Bickerton of the New York Annual Conference called on such groups to end the negative rhetoric. This includes what Bickerton described as “accusations and statements that are simply not true” made by the Global Methodist Church and the Wesleyan Covenant Association.

RELATED: African Methodists worry about the church that brought them Christianity

Federation of Asian Bishops: Hopes of a Lay Woman