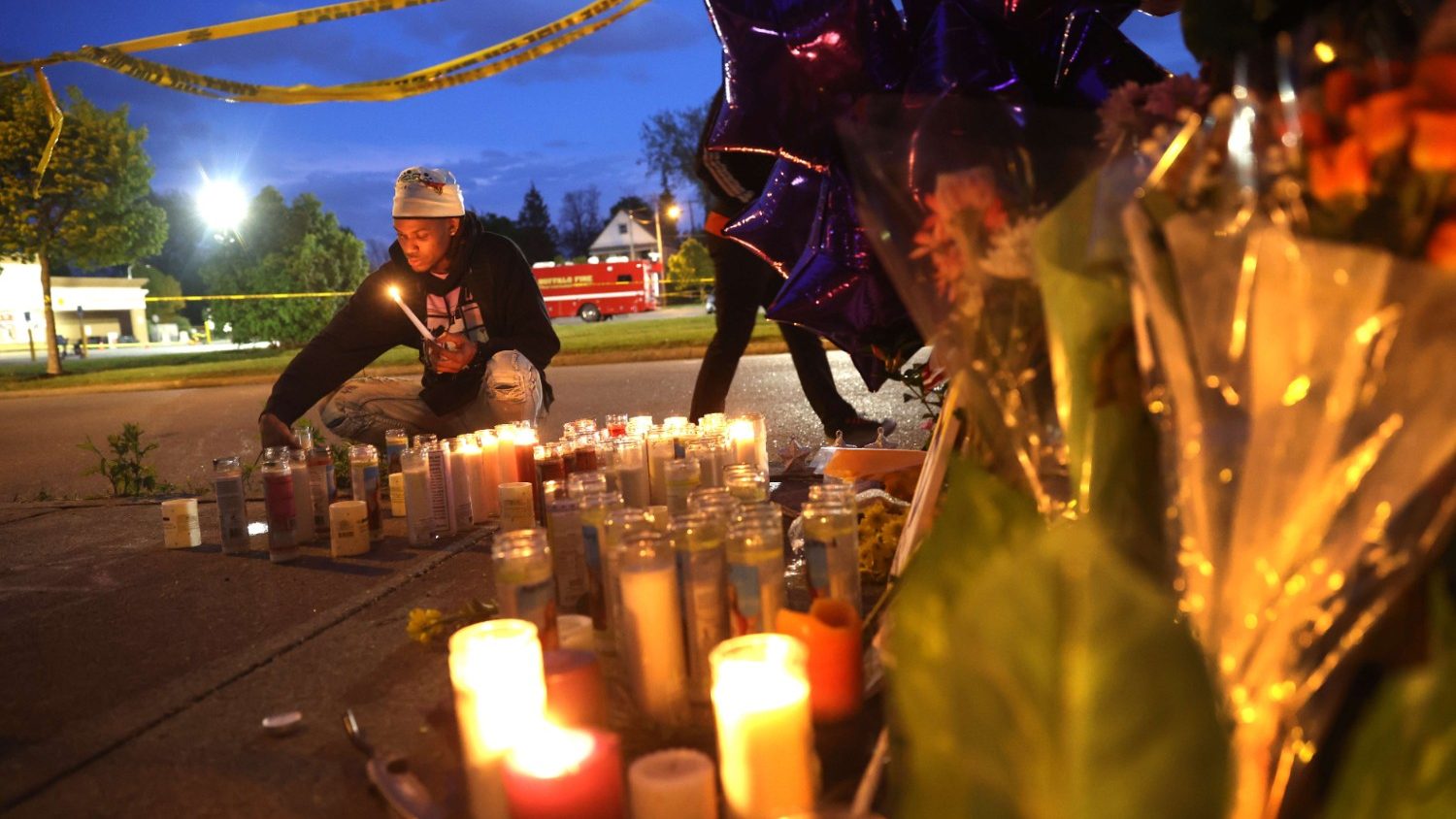 The Bishops of the United States express their sorrow at two deadly shootings in New York and California in recent days, and call for honest dialogue to fight against the “enduring evil of racism” in the country.

The United States Conference of Catholic Bishops (USCCB) offers prayers for support and healing for the families, friends, and communities of those affected by the violent incidents in Buffalo, New York, and Laguna Woods, Calif., during of the weekend.

On Saturday, an 18-year-old man opened fire in a supermarket in Buffalo, New York, killing ten people and injuring three others. The following day, a gunman attacked a lunch banquet at a Taiwanese church in Laguna Woods, killing one person and injuring five others. The shootings are unrelated.

In a statement released on Monday, the bishops offered prayers for the injured and those who lost their lives, as well as for those on the front lines who risk their lives responding to calls for help, and for those who , in the medical field, take care of those who have been wronged.

Reports of the fatal incident in Buffalo indicate that the shooter, a white man, walked into Tops Friendly Market on the afternoon of May 14, dressed in military gear and broadcast live with a camera. helmet, and opened fire with an assault weapon on the victims.

Police said he shot eleven black and two white victims before turning himself in to authorities. He was later arrested for first degree murder.

The fatal shooting in Buffalo was described by authorities as a “hate crime and racially motivated extremism.”

In a statement, US President Biden said he and the first lady were praying for the victims and their families. He added that there is still much to learn about the motivation for the shooting as law enforcement does its job.

However, “we need nothing more to state a clear moral truth: A racially motivated hate crime is abhorrent to the very fabric of this nation,” Biden said. “Any act of domestic terrorism, including an act perpetrated in the name of a repugnant white nationalist ideology, is contrary to everything we stand for in America.”

US Vice President Kamala Harris also expressed sadness for the victims of the attack and added that “the epidemic of hate across our country that has manifested itself in acts of violence and intolerance” must be denounced and condemned.

“Racially motivated hate crimes or acts of violent extremism are wrongs against all of us, and we must do everything we can to ensure our communities are safe from such acts,” Harris said.

Law enforcement officials in the US state of California also suspect the gunman who opened fire on a church in Laguna Woods, California on Sunday may have been motivated by political hatred of Taiwan.

The shooter, a man in his sixties, targeted the Presbyterian church in Geneva on Sunday, frequented by many people of Taiwanese origin. Worshipers had just finished their morning service and were gathered for lunch when gunfire rang out. One person was killed and five other elderly people were injured in the attack before the attacker was arrested and tied up by church parishioners.

An Orange Country Sheriff’s Office official said the shooter left notes in his car saying he did not believe Taiwan should be independent from China.

According to the official, the shooter, of Chinese origin, lived in the United States for many years, but also resided in Taiwan at one time. It is believed that his hatred of Taiwan may be related to his experiences while living there.

Call for dialogue on racism

In their statement Monday, the U.S. bishops called for “honest dialogue rooted in Christ to address the continuing evil of racism in our country” and stressed the role of the Church as a “coherent voice for rational but effective regulation of dangerous weapons”. .”

The USCCB also reaffirmed its commitment to advocating for “an end to violence, and for respect and dignity for all life.”

Concluding their statement, the Bishops prayed for “support and healing for affected communities and for all victims of violence and that the peace of Christ be upon all affected.”