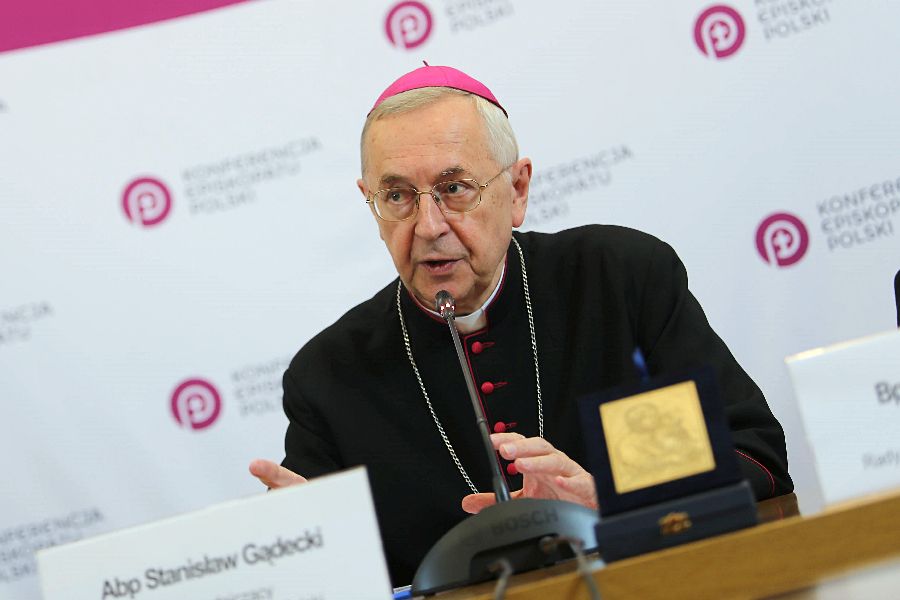 Bishop Gądecki acknowledged that the Holy See is committed to neutrality in international affairs.

WARSAW, Poland — The president of Poland’s Catholic bishops’ conference says the Vatican’s approach to Russia is “naive and utopian.”

Bishop Stanisław Gądecki made this remark in a interview with the Polish Catholic news agency KAI published on May 23, following a Visit from May 17 to 20 to Ukraine.

The 72-year-old archbishop was asked about his meeting with Bishop Paul GallagherVatican Secretary for Relations with States, in Kyiv, the Ukrainian capital.

The interviewer noted that Pope Francis received a “special memorandum” on “current Eastern policy” from the Vatican. It is understood that Bishop Gądecki presented the document to the pope during a March 28 private audience.

Archbishop Gądecki told KAI, “In my opinion, the Vatican’s approach towards Russia should change to a more mature approach, because the past and present approach seems very naive and utopian.”

“Of course, the goal of establishing contacts and dialogue is noble, based on the fact that Russia is great and deserves respect. But this is not accompanied by sufficiently serious reflection on the part of the Vatican.

He continued: “For Russia, the Vatican is an important entity, but at the same time it must be humiliated, as Putin himself repeatedly showed by being intentionally several hours late for a scheduled meeting. with the Pope”.

The Archbishop added: “The Holy See must understand that in its relations with Russia it must be at least more careful, because from the experience of the countries of Central and Eastern Europe, it seems that the lying is second nature to Russian diplomacy. .”

The Archbishop of Poznań, in west-central Poland, suggested that Vatican diplomacy had historically “undervalued” central and eastern European countries.

In reference to Blessed Stefan Wyszynski, who led the Polish Church under communism, he said: “Cardinal Stefan Wyszyński tried to change that, but I don’t think he succeeded. Rather, it was Providence, her efforts and her determination, and not the diplomatic efforts of the Apostolic See that saved the Church in Poland. A drastic change was only brought about by the pontificate of John Paul II, but now we seem to be going back to the old line.

Bishop Gądecki acknowledged that the Holy See is committed to neutrality in international affairs.

“Vatican diplomacy – aware that Christians often fight on both sides – does not single out an aggressor but tries to do everything possible to reach a peaceful conclusion through diplomatic efforts,” he said.

“But today, in a situation of war, [the Ukrainian Greek Catholic leader] Major Archbishop Shevchuk emphasizes that the most important thing is that the Holy See supports Ukraine at all levels and does not follow utopian ideas drawn from liberation theology”.

In the interview, Bishop Gądecki described his solidarity visit to Ukraine as part of a delegation that included Bishop Wojciech Polak, Primate of Poland, and Bishop Stanisław Budzik of Lublin, eastern Poland.

The Polish bishops met Bishop Mieczyslaw Mokrzycki, President of the Conference of Latin Rite Bishops of Ukraine, in Lviv, western Ukraine, as well as Major Archbishop Sviatoslav Shevchuk in kyiv. They also traveled to the liberated towns of Irpin and Bucha to pray for Ukrainians killed under Russian occupation.

Bishop Gądecki also told KAI that he discussed his recent letter expressing “fraternal concern” on leading the German “synodal way” with Archbishop Gallagher, the Vatican’s equivalent of a foreign minister.

In his letter to the President of the German Bishops’ Conference, Bishop Georg Bätzing, Bishop Gądecki questioned whether the initiative bringing together the bishops and laity of Germany was rooted in the Gospel.

“Bishop Gallagher informed me that [Vatican Secretary of State] Cardinal Parolin was grateful for the letter to Georg Bätzing, the President of the German Episcopate, in which I took up a criticism of the German synodal way,” the Polish Archbishop said in the interview.