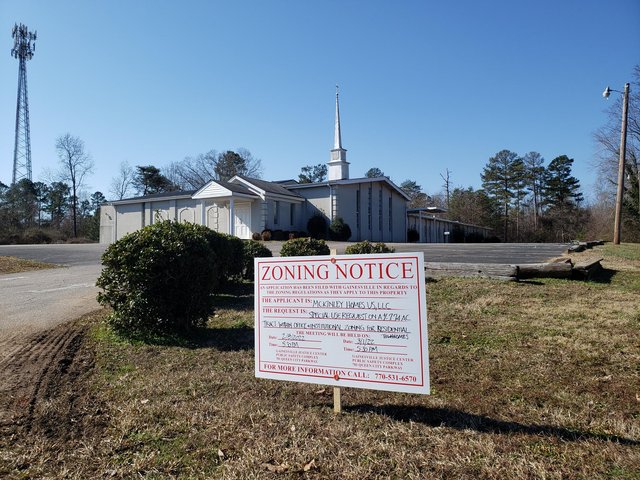 The latest on townhouses that could replace the abandoned church

Update: The Gainesville Planning and Appeals Commission unanimously recommended approval for 70 townhouses at 2920 Florence Drive on Tuesday. The development will be submitted to the city council for a final decision on March 1.

McKinley Homes US LLC is applying for special use under office and institutional zoning for the 7.74-acre complex, which will include a total of 13 buildings with two-story townhouses, each with a two-car garage. . Units will range from 1,603 to 1,863 square feet.

The townhouses would replace an abandoned church that has existed for over 40 years. The surrounding area includes residential townhouses, condominiums, the Chapel Free Worship Center, and the Hall County Government and Sheriff’s Office.

Several residents of nearby communities have spoken out against the development.

“It’s not that we’re inherently opposed to all new townhouses, but 70 is just a surprisingly high number,” said Douglas Young, who lives in Richmond Townhomes on Florence Drive. “The traffic is already too heavy for such a small road. … If it was a smaller development, we wouldn’t be so opposed.

Another Richmond Townhomes resident was also worried about traffic. She said turning left onto Browns Bridge Road is already “madness” and is worried about the safety of many elderly residents in the area.

“The additional units will increase traffic and turning movements at the intersection of Browns Bridge Road and Florence Drive,” according to the planning document. “Left-turning movements are particularly difficult during rush hour.”