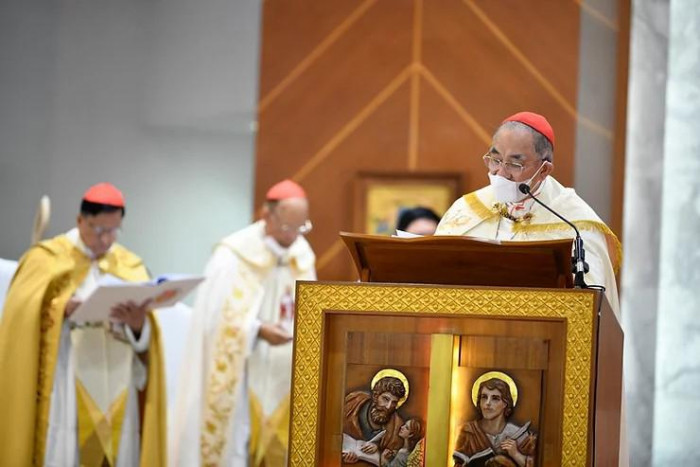 Cardinal Francis Xavier Kriengsak Kovitvanich invites everyone to the prayer of the Litanies of the Saints for Asia. (Photo by FABC)

Thailand will host the 50th General Conference of the Federation of Asian Bishops (FABC) at Baan Phu Waan Pastoral Center in Sam Phran district of Nakhon Pathom from October 12-30.

The FABC is one of the largest religious summits in the world.

The inauguration of this conference had already taken place at the shrine of Blessed Nicholas Bunkerd Kitbamrung, in Bangkok, in August with a message from Pope Francis to the Vatican.

“I hope that the FABC 50 Generation conference will renew the churches of Asia in fellowship and in missionary zeal for spreading the gospel among the rich and diverse peoples, cultures and social realities of the vast continent of Asia” said Pope Francis. said.

The theme of the conference is “Journey Together as Peoples of Asia”, which is inspired by Bible verses.

The conference will discuss religion in Asia’s social climate to build a more peaceful society in each country.

Seventeen cardinals and more than 200 bishops from 29 member countries of the region will participate in the conference.

According to the Vatican, Pope Francis will send Cardinal Tagel as his envoy for the conference, while Thai Culture Minister Itthiphol Kunplome will attend as a government representative.

The FABC represents conferences of the Catholic Church across Asia. It was founded in 1970 after Pope Paul VI visited Manila for a meeting with Asian bishops.

The association aims to strengthen relations between the Catholic Church and Asia.

This conference was supposed to take place in 2020 for the 50th anniversary of the creation of the FABC, but it was postponed to this year due to the Covid-19 pandemic.

Irish bishops express sympathy for those bereaved after Creeslough blast