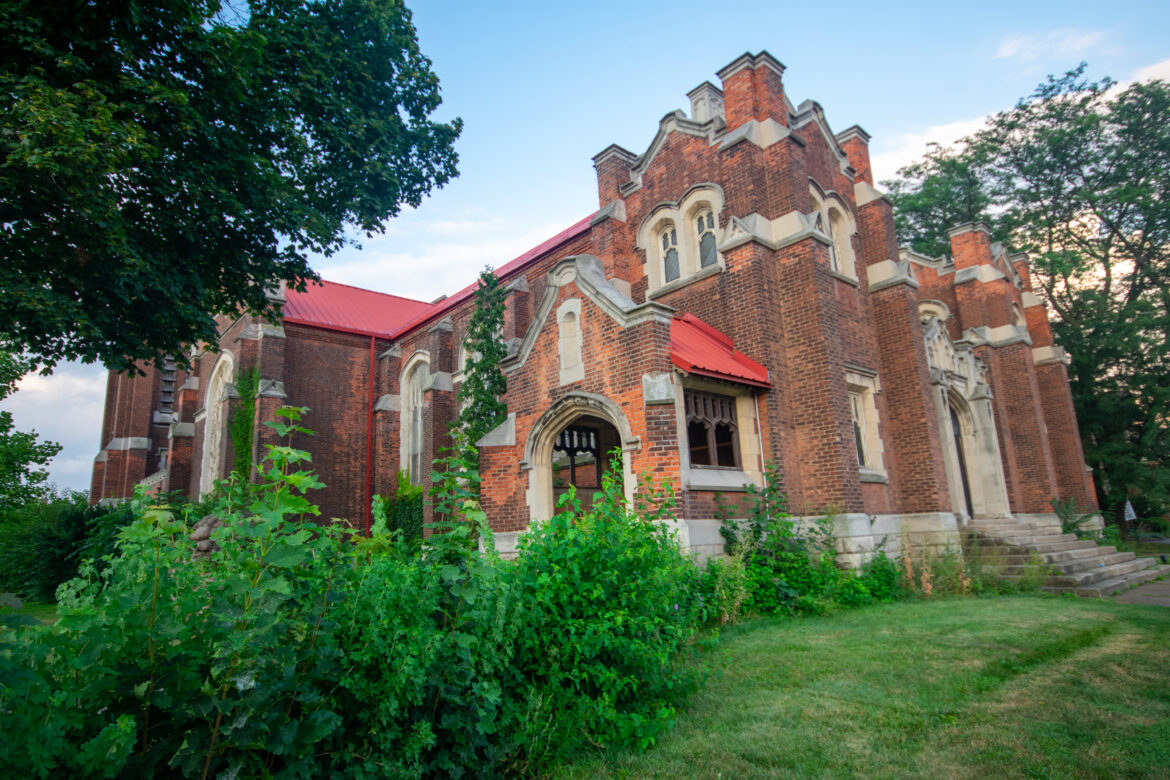 The Friends of St. Giles, a group seeking to stop the demolition and redevelopment of the former St. Giles United Church building at 85 Holton Street South overlooking Main Street, says talks with the congregation of New Vision United Church failed.

“Our group was met with hostility and high-handed behavior from the United Church representatives who were present,” reads an unsigned letter from the group.

The Friends letter accuses the United Church of “harassing behavior towards Friends”.

The New Vision United Church, which owns the building, says it is ready to resume facilitated conversations with the community. The Church says it is looking for a “win-win scenario”.

Members of the City of Hamilton’s municipal heritage committee say the Friends’ letter understates just how bad the relationship between heritage advocates and the Church currently is.

“It was just a real schlimazel,” says HMHC member Graham Carroll. “[The Friend’s] letter doesn’t really represent how bad that meeting was. It was quite poorly organized and they didn’t answer any questions. They couldn’t even agree on the name of the place. It was unreal how bad it was.

Carroll said he attended the meeting in a personal capacity.

HMHC member Janice Brown attended the meeting as a member of the Hamilton Chapter of the Architectural Conservancy Of Ontario.

Brown says the Church has demanded that people not discuss the meeting publicly. “I left the meeting because the New Vision people were basically advising us not to have any communication with anyone outside.”

“There really wasn’t any outcome at that meeting,” says Sarah Sheehan of Friends of St. Giles.

“New Vision United Church continues to listen and engage with all members of the community in our shared desire to find a win-win scenario for the New Vision properties at 85 Holton Ave S and 24 Main Street,” the post wrote. Reverend Ian Sloan in response to an email. TPR questions after the HMHC meeting.

Sheehan asked the heritage committee to respond, “how staff can help with property standards enforcement in St. Giles” and help with “the possibility of contacting the ward councilor to help us benefit from these municipal tools for the protection of heritage assets.”

City Council will determine the future of St. Giles Church in the coming months. In 2017, Council agreed to allow redevelopment of the site in exchange for mixed housing and the revitalization of the Centenary United Church on Main Street at MacNab Street.

The New Vision congregation says it is counting on funds from the redevelopment of the St. Giles site to fund the future of the Centennial site.

The council approved the demolition of the church building, with then-Ward 3 councilor Matthew Green saying he supported the church’s vision to redevelop the site with mixed-income housing, including affordable housing.

The church failed to redevelop within the time frame of the 2018 demolition permit, causing it to expire. In March 2021, the Church applied for a new permit and heritage defenders mobilized to save the building.

Current Ward 3 Councilor Nrinder Nann is a strong supporter of the Church’s project, repeatedly stating that she supports “the construction of affordable housing in the midst of a housing crisis”.

In April, Council voted against adding the building to the heritage register. At the same time, Nann warned the Church that any attempt at demolition before the end of community conversations would result in immediate action to block the demolition.

Friends and the Church say they are ready to meet again, they cannot agree on the terms.

“We approached the June 25 meeting with the Friends of St Giles with good intentions to begin the solutions-based dialogue that is now needed. We were disappointed with the result. To this end, we agreed to a second meeting led by Councilor Nann. However, Friends of St Giles chose not to attend. We respect their rights to advocate and share different viewpoints and stand ready and willing to continue a productive dialogue at all times,” Reverend Sloan wrote.

The future of the St. Giles Church building will come back to City Council for debate this fall.