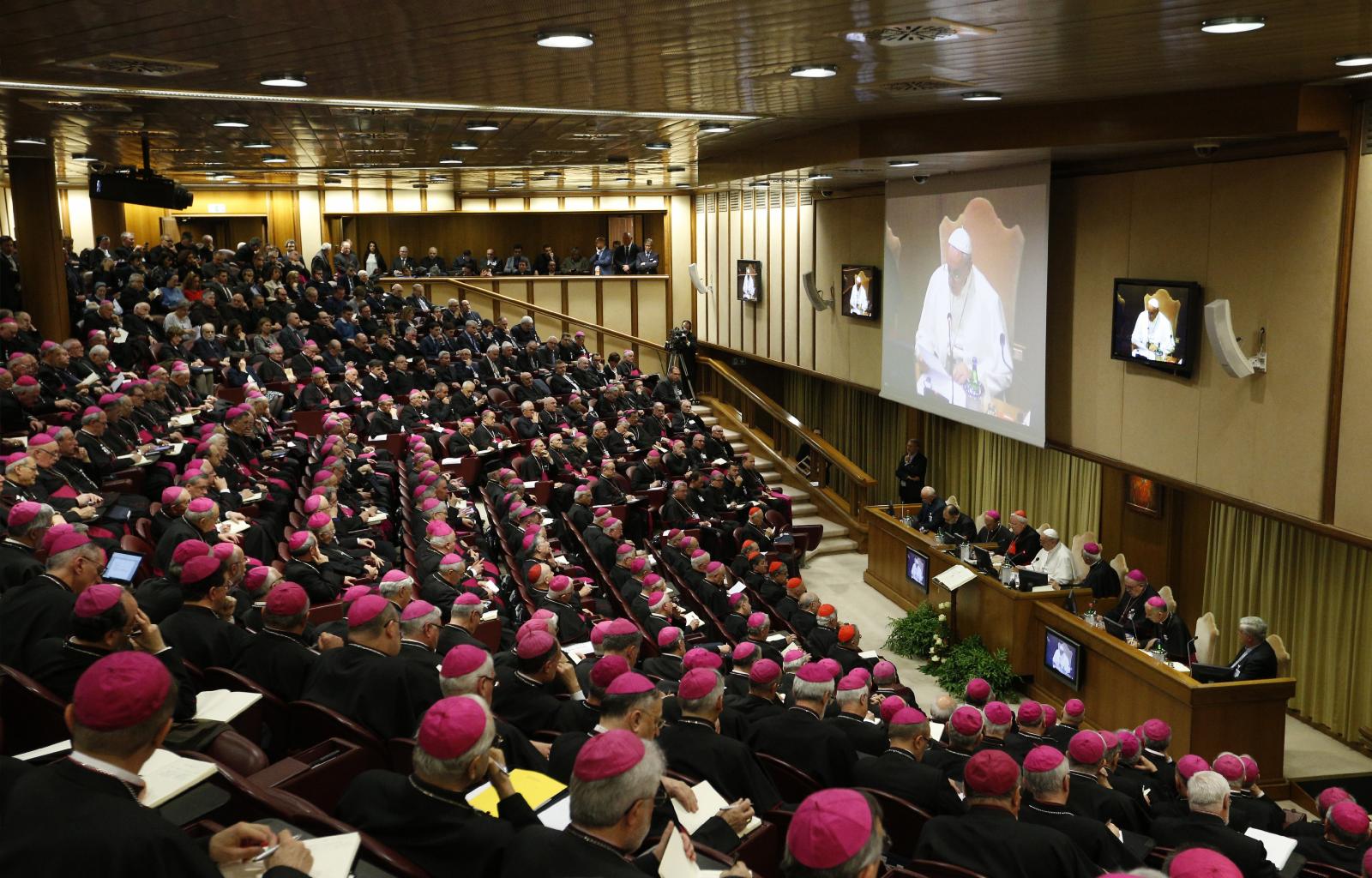 ROME – A collective of abuse survivors and advocacy groups has released an open letter to Italian bishops as they meet to elect new leaders, calling for several measures to recognize the problem and address it. prevent.

“The abuses perpetrated within the Church affect people in their bodies, in their lives, in their conscience: they are violations of human rights. If the Church does not respect human rights, it cannot preach the Gospel,” the letter reads.

This is why, he says, “obedience to the Gospel can lead us to ‘disobedience’ whenever in the name of ‘prudence’ we risk becoming accomplices to crimes”.

The nearly 50 signatories of the letter ask the bishops to obtain “truth and justice for the victims of abuse – minors, adults, vulnerable, religious – perpetrated by people in various capacities involved in the Church, as well as preventive measures so that the Church regains credibility and authority.

About 20 different Catholic organizations were represented in the letter, which was also signed by people of various professions, including former members of Catholic movements such as the Focolare and the Prelature of Opus Dei.

The letter is part of a larger initiative called “#ItalyChurchToo”, which is largely led by Francesco Zanardi, an abuse survivor and founder of the Rete L’Abuso (Abuse Network), which tracks clerical abuse cases.

It has also been signed by several other Catholic groups in Italy who have in the past criticized the local Church’s inability to address the clerical sexual abuse crisis, and who for months have joined Zanardi to demand an independent national investigation similar to those carried out in other European nations.

In 2018, a German study found that 1,670 priests abused some 3,677 minors from 1946 to 2014. A survey in France published last year and covering seven decades found that more than 200,000 children were abused in Catholic institutions.

The Italian bishops themselves have discussed the possibility of a national inquiry similar to those carried out in Germany and France, but the decision to do so and the methodology of the inquiry if it happens has been postponed until after the election of Italian bishops. The new direction of the conference this week.

Italian Cardinal Gualtiero Bassetti is the outgoing president of the Italian Episcopal Conference (CEI) and his replacement will be elected at the spring plenary assembly of bishops May 23-27.

Bassetti, whose term as head of the Italian bishops will end once his successor is appointed, has in the past insisted on the need for a “qualitative” rather than quantitative inquiry, and said the conference as a whole, which is currently divided on the issue, must accept it.

The current proposal discussed by the CEI would draw on data from a new program at the diocesan level of listening to victims, which is managed by the CEI and religious superiors.

In their letter – addressed to Bassatti and all members of the CEI, as well as the heads of several important departments of the Vatican, and which was published to coincide with the start of the plenary assembly of the CEI – the collective # ItalyChurchToo has requested “the full cooperation of the Italian Church in an independent investigation, conducted by credible, super-party professionals, that sheds light on abuses perpetrated by clergy in Italy.

The investigation, they said, must include a variety of competent professionals and must use “qualitative, quantitative and documentary methods at the same time”.

In this spirit, they rejected any proposal for work that would be carried out with the tools and resources of the Church itself, which they said “would not have the necessary characteristics of third parties and would be uncredible, deficient and ultimately useless, if not harmful.

The signatories also called for the opening of archives in dioceses, convents, monasteries, parishes, pastoral centers and various other educational and school institutions, and asked that Catholic institutions collaborate “effectively” with the Italian State in the pursuit of the aggressors.

“We are not willing to welcome synergies with state institutions that do not consider a serious investigation into the past, direct involvement of victims and compensation commensurate with the harm caused,” they said, stressing the need for take personal responsibility for abuse, as well as any “omissions” or cover-ups along the way.

These and other failings, they said, must be acknowledged and disclosed “for the purposes of proper accountability for the consequences of his actions, to which we are all called.”

An expansion of objective and welcoming listening centers with trained professionals in dioceses across the country was also called for, “to make the collection of stories and testimonies less psychologically burdensome, easier and more rigorous”.

It was called for victims and their families to be welcomed when they choose to come forward, and for survivors to receive adequate financial compensation for the abuses they have suffered.

They also called for “strict enforcement” of recent standards set by Pope Francis to curb abuse, including his 2019 legislation. Vox Estis Lux Mundiwhich notably requires mandatory reporting of all allegations of abuse.

Another demand was that the statute of limitations for abuse cases be removed, “as is already happening in other countries”, the signatories said, and noted that effective prevention efforts require broad action, including “training for ordained ministry, a psycho-affective education of seminarians and candidates for religious life, and rethinking the dynamics of pastoral care”.

In light of this, they asked that the compulsory anti-pedophilia certificate provided for by the Lanzarote Convention – the Council of Europe Convention on the Protection of Children against Sexual Exploitation and Sexual Abuse – be extended to members of the clergy and volunteers working in church environments. .

This, they said, would help “restore greater transparency in ecclesiastical institutions.”

The signatories closed the letter by stating that their demands are intended “to align the work of the Italian Church with that of other episcopal conferences and individual dioceses, and to dispel doubts about the reluctance that the Italian episcopate may have to regard to the emergence of the true extent of the phenomenon in Italy.

“As citizens, victims of abuse, baptized and baptized, mothers, fathers, educators, professionals, we need to see the Italian Church oriented in a compact way towards an operation without shadows and without discounts,” they said. .