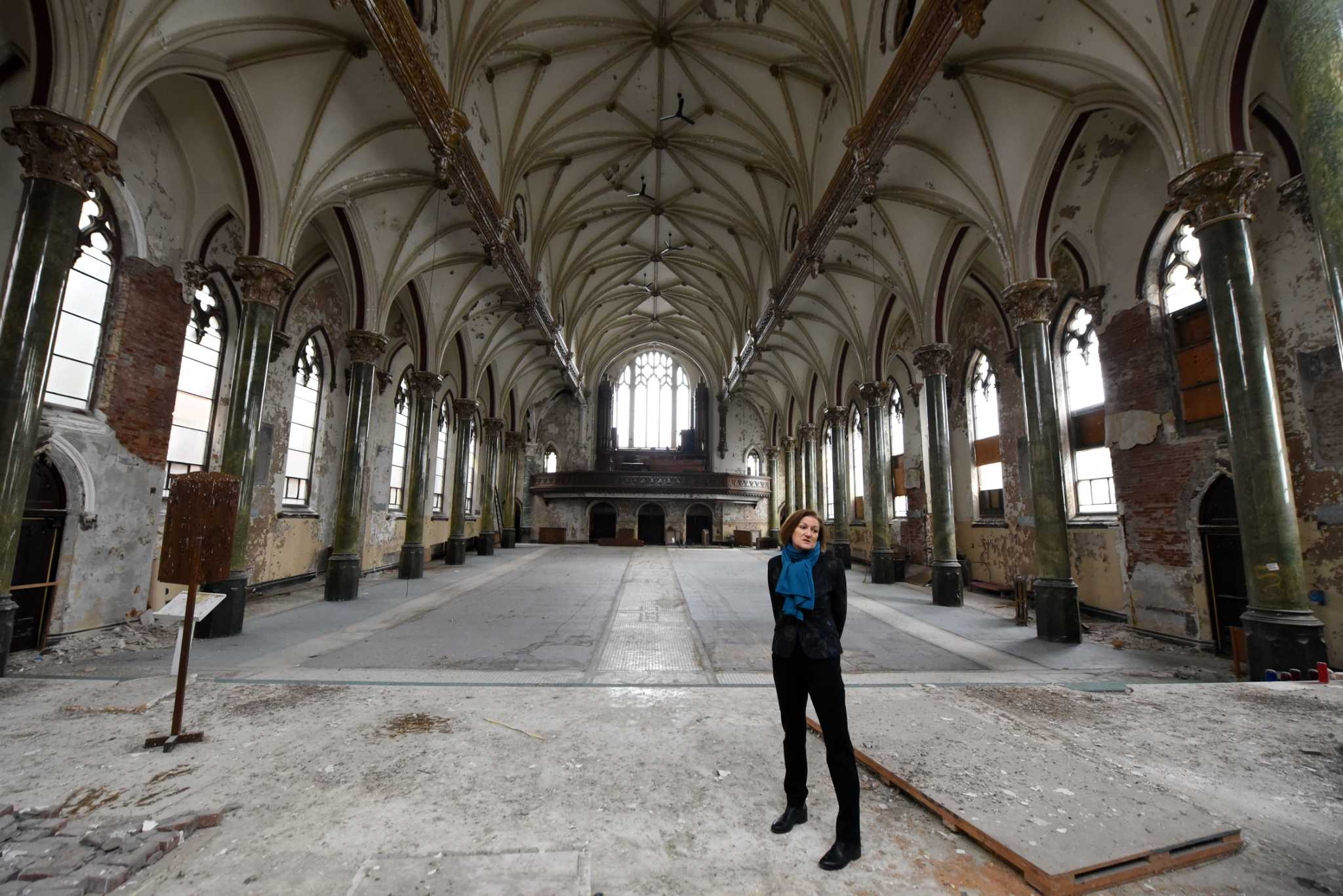 TROY — For generations, the former Roman Catholic St. Patrick’s Church on Sixth Avenue has been an invaluable part of life in the city’s north-central neighborhood. But on the city’s unbiased appraisal rolls, analysts pegged the building’s market value at $3.7 million when the parish closed in 2010.

Bidding will open at $1. If it sells, it seems unlikely that the structure will fetch anything close to the value once the city awards it.

The church suffered water damage and was laid bare. Its pews, statues and other furnishings were removed, a common practice for the Roman Catholic Diocese of Albany, which donates the fixtures to its parishes and then sells what is unclaimed.

“The church is strong. Someone with the resources and the vision can make this a place to showcase,” said Deanna Dal Pos of real estate firm Albany NAI Platform, the ideal buyer would impact the historic 110-year-old building and the surrounding neighborhood.

The interior of the building bears scars from water damage caused by broken windows. Water may have penetrated through the roof where the copper had been removed by vandals.

The church’s significance caught the eye of potential bidders across the country when it was first listed over the summer, Dal Pos said. As a result, Dal Pos said she turned to Ten-X, which describes itself as “the world’s largest online commercial real estate exchange”.

“It’s going to gain us traction around the world,” Dal Pos said.

St. Patrick’s promotion by Ten-X helps generate more interest from potential bidders, not only in the United States, but also in countries in Europe, Asia and South America , said Dal Pos. News about the old church building had caught the attention of nearly 160,000 people online. The building, which city records show sits on a 0.43 acre parcel, now has a market value of $197,368 or 5% of what the city said it was worth in 2010. he building is currently owned by St. Patrick LLC of Cohoes.

What attracts the attention of potential bidders, besides the solid construction, are the large spaces inside the church, said Dal Pos. What may also attract them is that the structure is located in an opportunity zone that offers tax breaks for a developer.

“The beauty of it all is that it’s all open space,” said Dal Pos, standing on what used to be the altar at the western end of the building and looking east where the outer Gothic facade is. Sixth Avenue entrance, 142 feet. The church is 71 feet wide.

St. Patrick’s Parish was created in 1872 when it was carved out of St. Peter’s Parish south of Hoosick Street. This parish was also closed as part of the diocese’s “Called to be Church” initiative which consolidated former urban parishes. Thirty-three of the 190 places of worship have been closed due to demographic changes.

St. Patrick’s originally served an Irish-American neighborhood when it was founded. North Central now has the most diverse population in the city.

“St. Patrick’s was very important to the community,” said Kathy Sheehan, acting executive director of the Hart Cluett Museum and historian for the City of Troy and Rensselaer County.

An important part of the church that remains is its 12-bell carillon made by the Meneely Bell Company of Troy and installed in 1915. The 13e bell is the large 14,744-pound Jones bell that came from the original St. Patrick’s Church building. The name is taken from the foundry that cast it in 1876 in Troy.

US Catholic bishops concerned about views on abortion in pews