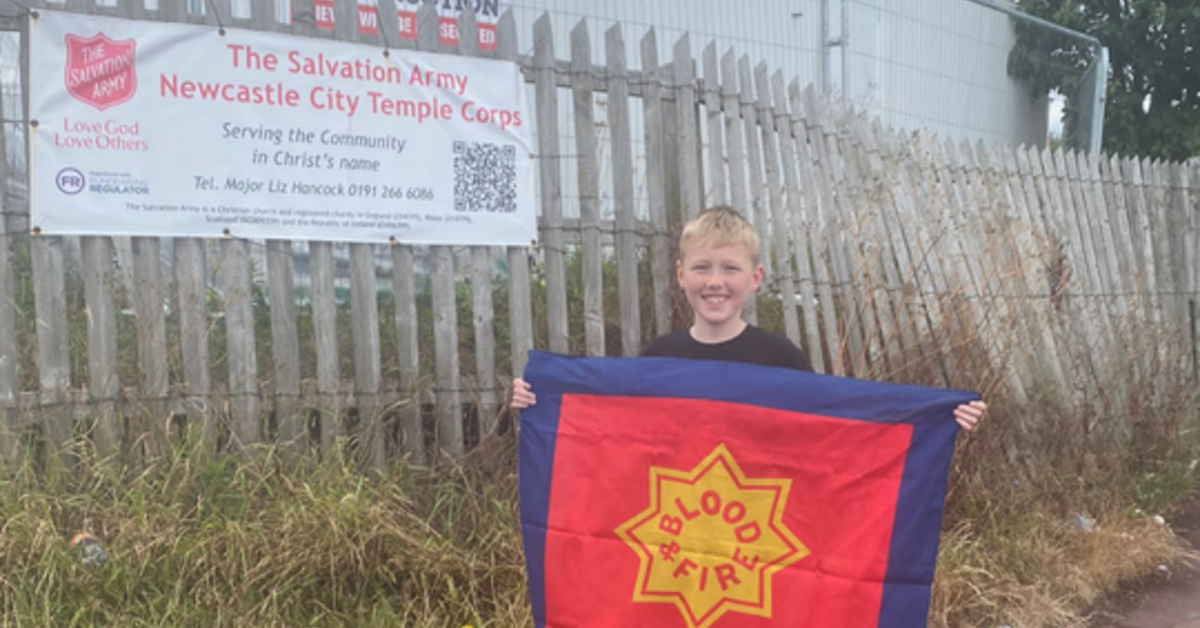 “I’m glad he’s been so proactive and doing this for the Salvation Army. When he suggested he wanted a goal of £500, I thought he was ambitious, so I suggested £300, which he reached fairly quickly, then he reached £500 and the total n has stopped rising!

The march took place at the end of July, starting from Brunswick Methodist Church in Newcastle city centre, where the Salvation Army has been celebrating for 14 years without a building of its own. Oliver walked to the new building where some members of the body and his family met him to stay motivated, then returned to Brunswick Methodist Church.

Rosey continued: “Oliver loves animals, especially dogs, and Major Liz took his dog for walks which meant Oliver could walk and play with the dog, keeping him motivated. When we arrived in Cowgate, my mother and stepfather who live in Peterborough surprised us by meeting us and then came back with us to Newcastle, which was a great boost for Oliver. When we got back to Brunswick we were greeted by other corps members who threw a surprise party for Oliver which was such a great party. I just want to thank everyone for their support and donations, it really means a lot to me and to Oliver.

Rosey, who had been a young soldier in Ashington’s Salvation Army in his youth, started going to church again in September 2021 with Oliver. The decision to return to the Salvation Army followed the death of her grandmother, where she turned to God for help.