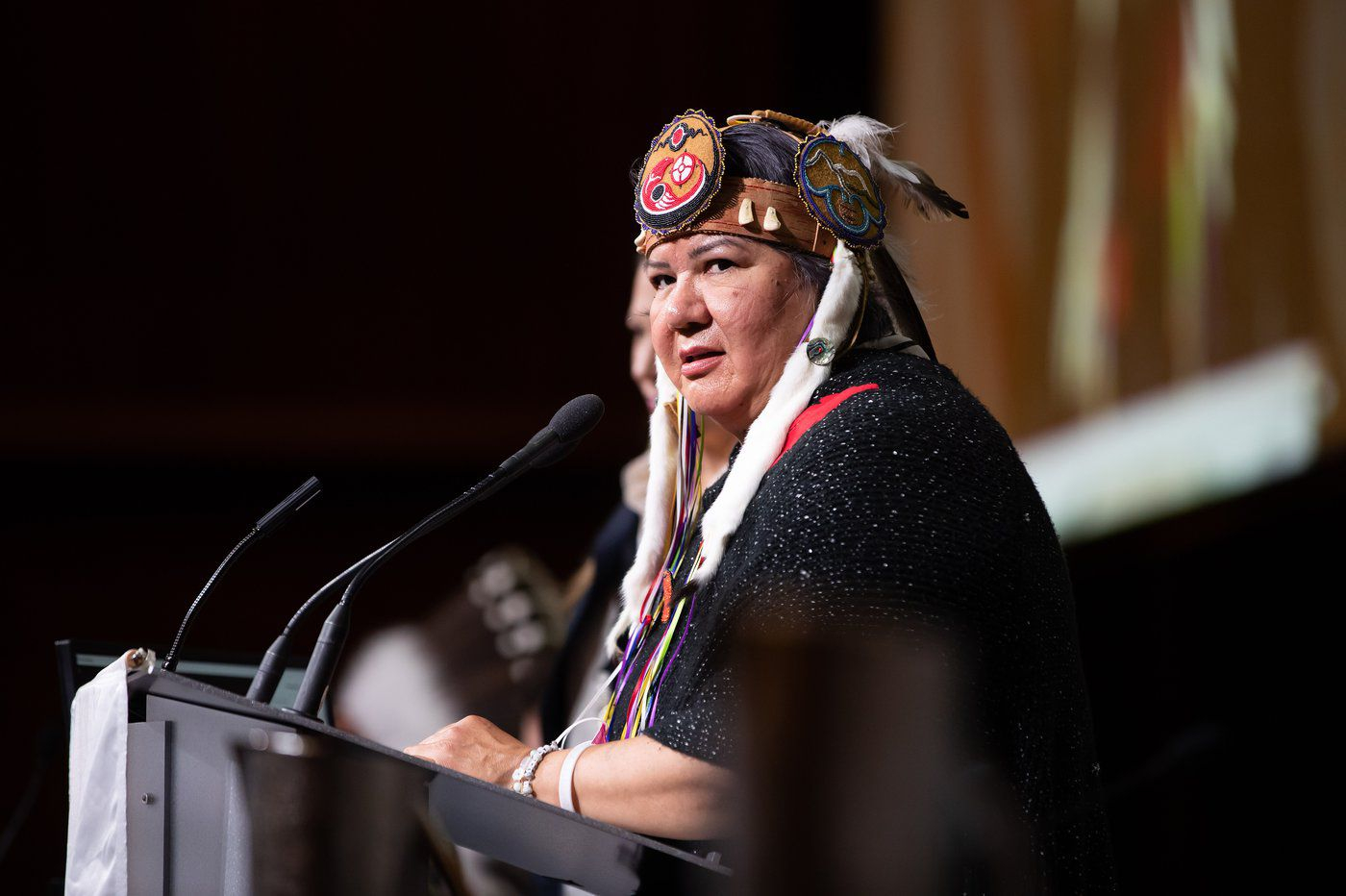 “Please see how inappropriate this is.” Catholic bishops collect donations during Pope’s visit

The assembly of Catholic bishops organizing Pope Francis’ visit to Canada, where he is expected to apologize for the Church’s role in residential schools, is soliciting donations from those who hope to see him.

RoseAnne Archibald, national chief of the Assembly of First Nations, says people seeking to reserve seats for papal events on Ticketmaster told her they had been enticed to donate money to a registered charity.

The charity in question is the corporate name of the Canadian Conference of Catholic Bishops.

Get the best stories delivered to your inbox.

Our award-winning journalists bring you the news that matters to you, Canada and the world. Don’t miss.

“Please see how inappropriate this is,” the national chief wrote in a recent letter to Archbishop of Edmonton Richard Smith.

“As First Nations, we are all survivors of intergenerational trauma, and we collectively mourn the pain and suffering that Catholic institutions of assimilation and genocide have perpetrated.”

A spokeswoman for the papal visit said donations are a way for Canadians and Catholics to help defray the cost of the papal visit and are entirely optional. “No funds raised in this way will be used for other church initiatives or programs.”

Organizers added that unlike other papal visits, no admission is charged for its events.

The website for the pontiff’s visit, which begins on Sunday, says the assembly of bishops, as well as individual dioceses, personal and corporate donors and various levels of government, generally all pay the cost of a papal visit.

It is estimated that approximately 60% of residential schools operating in Canada were run by the Catholic Church.

Over 150,000 Indigenous children were forced to attend these facilities, where thousands suffered physical and sexual abuse, as well as malnutrition and neglect.

Pope Francis was asked to come to Canada and apologize for the Church’s role in running these institutions, as it was one of the calls to action listed in the final report of 2015 of Truth and Reconciliation Canada, which collected the testimonies of thousands of survivors.

Archibald says the intention of the papal visit is to focus on reconciliation and “it is not time to advance the church’s fundraising efforts.”

She added that it is “particularly hurtful to ask First Nations survivors, who are already owed church repairs, to donate.”

Survivors have expressed disappointment with the Catholic Church’s failure to meet the fundraising goal it committed to under the Indian Residential Schools Settlement Agreement.

In 2006, 48 Catholic entities agreed to use their “best efforts” to raise $25 million under the alumni compensation program.

In 2015, a court ruled that Catholic companies could be released from their remaining financial obligations after the “best efforts” fundraising campaign totaled less than $4 million.

The Assembly of Canadian Bishops, which claims not to be one of the signatory parties to the residential schools agreement, has since renewed its financial commitment.

They said 73 dioceses would contribute to the goal, each pledging their own financial amount.

In the interest of transparency, the bishops created the Indigenous Reconciliation Fund to receive the money. It is registered as a public foundation and overseen by an Aboriginal board.

To date, the dioceses have invested $4.6 million.

The Canadian bishops said collecting donations for the papal visit is separate from fundraising efforts for the Indigenous Reconciliation Fund.

Organizers of the papal visit say none of the money from this fund will help pay for the tour.

Organizers also plan to sell “modest amounts” of merchandise, such as t-shirts, hats and bandanas, according to a spokeswoman, which will feature designs by a Métis graphic designer from Winnipeg.

This report from The Canadian Press was first published on July 22, 2022.

Irony of the Bishops of Tinubu / Shettima