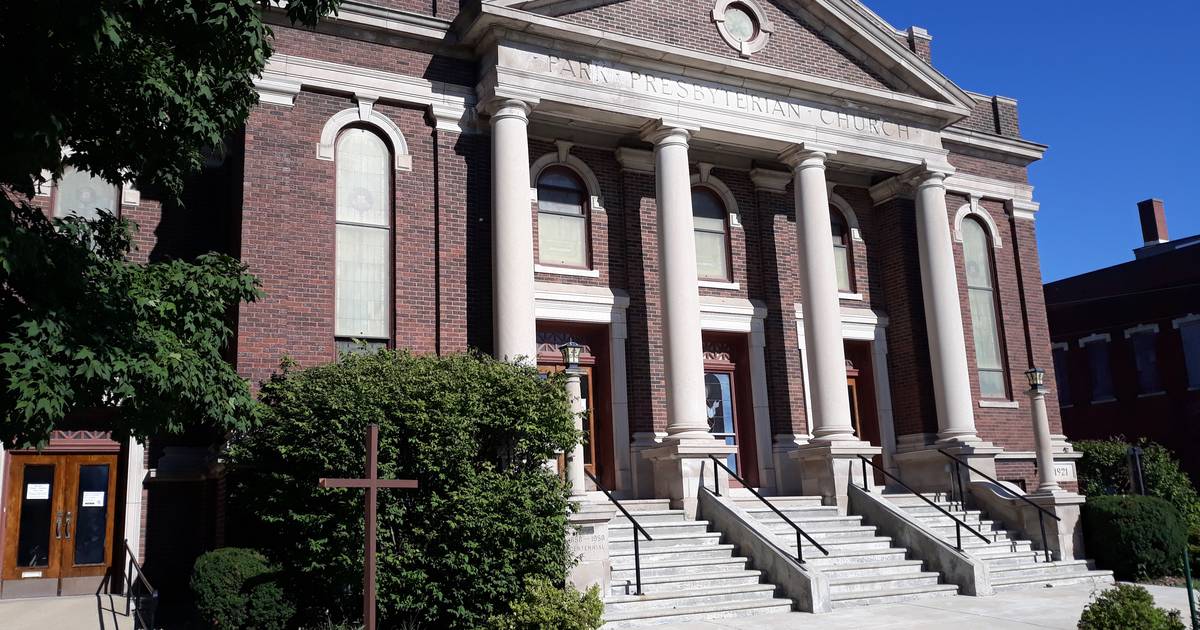 Park Presbyterian Church in Streator celebrates 100 years in its church.

The celebration will follow the monthly free church luncheon from 11:30 a.m. to 1 p.m. on Saturday, September 10, hosted by the Park Church Deacons and the Hardscrabble Lions Club at Park Place, 406 E. Hickory St.

A service at 10 a.m. on Sunday, September 11 in the Park Church Sanctuary will honor longtime members.

While Park Presbyterian Church is 164 years old, its building is 100 years old. The building is the third on its site. The foundation stone was laid on September 11, 1921. The first service was held on May 24, 1922.

Park Presbyterian is the oldest church in Streator dating back to its beginnings in Eagle Township in 1858 and its move to Hardscrabble and then to the new Unionville in 1867. Unionville was then a mining town and had approximately 1,000 inhabitants.

In 1870, the Chicago, Wilmington and Vermilllion Coal Company donated this parcel of land for the construction of the first church. At that time there were about 65 members, and a presbytery was built. In 1876, 43 new members were added. There was a minister and a student minister at the time. The first women’s prayer group was organized in 1879.

By 1882, membership had grown to 248, and the congregation decided it needed a new building. The first chapel was moved to 706 N. Vermillion St. to become a home. Park Presbyterian celebrated its silver anniversary in 1883. Building #2 was a brick structure and opened in 1884 at a cost of $10,150.

In 1885 Park Church established the Mission Sabbath School designed to serve the children of miners. Shortly after, three successive missions are organized: Logan School, Johnson Street and Finley Street to extend the service to the children of minors. In 1890, membership soared to 515. Three young men from the congregation entered the ministry.

The first organ was a dedicated Lyon and Healy organ in 1900. In 1909, two ladies went on a mission to Persia. Ms. Murray served there for 50 years until her retirement. In 1916, Prairie Church southwest of Streator, merged with Park Presbyterian.

By 1920, continued growth meant a larger church was needed. WC James, a Chicago architect, was hired to design the current Georgian building. In 1921 the rectory was demolished and the building was moved north to become a home. During this construction period, services were held at the North Bloomington Congregational Church (this church merged with Park Church in 1967).

The groundbreaking ceremony was held on July 17, 1921, and the cornerstone was laid on September 11, 1921. This building cost $90,000 without furnishings. The inauguration took place on May 24, 1922. The building is in the Georgian style. The front columns mirror those of the Masonic Lodge and the Elks Lodge across the park to the west.