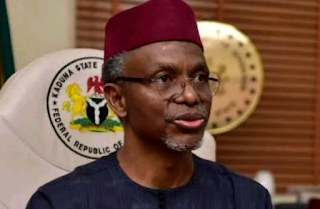 There is controversy surrounding the demolition of an unfinished church at Kaduna State University (KASU) which the Kaduna State Urban Development Agency (KASUPDA) has called illegal .

According to Daily Trust, the unfinished structure that served as a worship center for university staff and students was demolished by KASUPDA on Monday afternoon.

Dr. Ishaya Kato Auta, leader of the KASU Christian community, who said he was out of town when the demolition took place, noted that KASUPDA had not issued any notice informing them of the illegality of the demolition. structure.

He said, “We have not received any ‘stop work’ notices on the KASUPDA structure. I do not know if KASUPDA had written to the school management regarding the structure, but as far as I am concerned, I have not received any communication from KASUPDA”, adding that he had urged the Christian community to remain calm during that the school administration was dealing with the problem.

When contacted, KASU spokesman Adamu Bargo confirmed that the structure was removed because due process was not followed during construction.

Bargo said the land was awarded to the Christian community by the school management under a previous board, adding that the board is committing the state government to the way forward.

However, in his reaction, KASUPDA Managing Director, Malam Ismail Umaru Dikko, said the structure violates relevant laws, adding that the State Executive Council had previously issued a clear directive that owners of all Public buildings and institutions must submit relevant documents before erecting new structures.

Dikko said in a statement that KASU partially complied with the SEC directive by submitting its master plan but did not seek approval for further development.

He said as a courtesy he visited the site twice and told the engineers the building was breaking the law and asked the contractors to stop work until they got a permit.

The general manager said that the developers went ahead with the project on Monday, and because of this, KASUPDA removed the project from its foundation.

He said KASUPDA had no idea whether the proposed structure would have been a church or any other building, but pointed out that the developers had broken the law and for this reason KASUPDA had fulfilled its legal obligation by removing it.