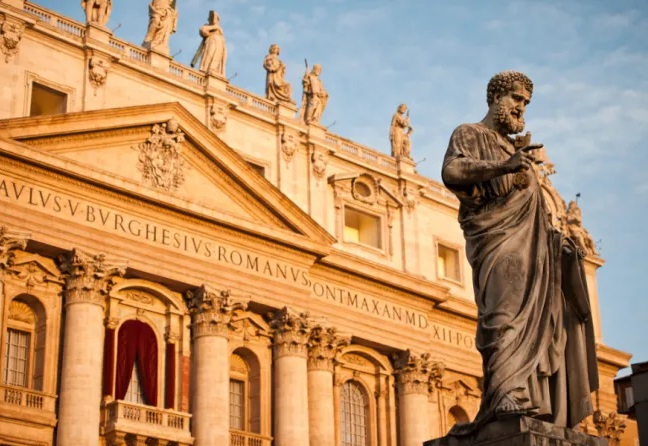 In an address to discord leaders on May 9, a bishop said the Vatican’s new constitution gives value to Catholic bishops’ conferences and their potential to foster communion between bishops and the pope.

By Hannah Brockhaus
In an address to discord leaders on May 9, a bishop said the Vatican’s new constitution gives value to Catholic bishops’ conferences and their potential to foster communion between bishops and the pope.

The preamble to Praedicate Evangelium, Bishop Marco Mellino said, affirms that episcopal conferences “are currently one of the most significant means of expressing and serving ecclesial communion in the different regions, together with the Roman Pontiff.”

Mellino, who is the secretary of Pope Francis’ Council of Cardinals, said the intention of the constitution is “that of valuing episcopal conferences…in their potential for implementing the communion of bishops among themselves and with the Roman Pontiff”.

He went on to say that it works insofar as each of the episcopal conferences “is a valid instrument which contributes, in multiple and fruitful ways, to the realization of collegial affection between the members of the same episcopate and provides for the good common to the particular Churches.

Mellino’s speech was published May 9 in the Vatican newspaper L’Osservatore Romano. It included reflections on the role of the laity, synodality, and the orientation of the Roman Curia to service, as outlined in the apostolic constitution Praedicate Evangelium.

The Vatican’s new constitution, whose title means “Preach the Gospel,” was published on March 19 after nine years of production by the Pope’s Council of Cardinals.

It replaces Pastor Bonus, the apostolic constitution on the Roman Curia promulgated by Pope John Paul II in 1988, then amended by Popes Benedict and Francis.

Praedicate Evangelium will come into effect on June 5, Solemnity of Pentecost.

In the constitution, Mellino said, episcopal conferences “are not considered as intermediate hierarchical structures, but rather as organs of subsidiarity, which do not interfere with the Petrine office or the governance of particular Churches.”

“They express and promote the exercise of ‘co-responsibility in the communio’ for the pastoral benefit and common good of the particular Churches through the joint exercise of certain functions proper to them,” he said. .

The bishop also drew attention to the use of the word “jointly” in Church law regarding episcopal conferences.

In canon law, canon 447 says “a conference of bishops, a permanent institution, is a group of bishops of a nation or territory who jointly exercise certain pastoral functions for the Christian faithful in their territory in order to promote the greatest good that the Church offers to humanity.

The word “jointly” is used “in order to avoid the idea that in episcopal conferences the collegial power of bishops is exercised, which can only be exercised by them when the whole College is convened,” he said. said.

“Furthermore, by referring to the joint exercise of only ‘certain pastoral functions’ and not all, the canon seeks to protect the responsibility that bishops have by divine right towards the Church entrusted to their care and not to affect the proper power which they have in the exercise of their pastoral ministry. —CNA