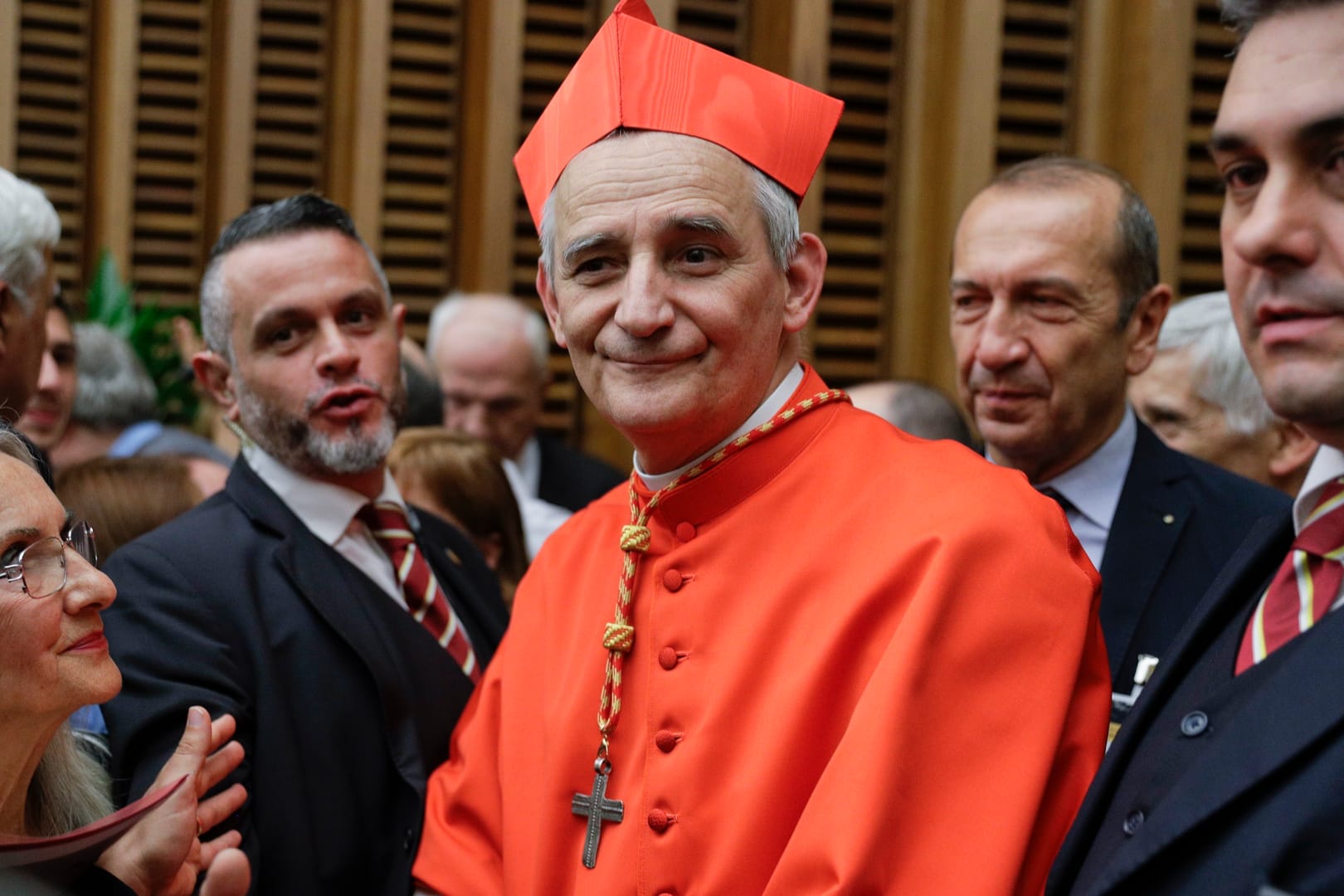 ROME — After being presented with three candidates, Pope Francis on Tuesday chose the new president of the Italian bishops (CEI), Cardinal Matteo Zuppi.

The Archbishop of Bologna will be tasked with leading much-needed changes to the way clerical sexual abuse is handled in the pope’s backyard.

In a recent interview, Pope Francis indicated that he wanted a man ready to “change things” and that he preferred him to be “authoritarian”, that is to say “a cardinal”.

Zuppi, figurehead of the Community of Sant’Egidio, undoubtedly the lay movement most favored by the Argentine pontiff, is defined by those who know him as an authentic street priest, always close to the poor, a man of peace – he was a member of the team of mediators that facilitated peace accords in Mozambique in the early 1990s – and as an authoritative figure with pastoral sensibilities.

He was born in Rome, ordained a priest in 1981. Pope Benedict XVI appointed him auxiliary bishop of Rome in 2012, and in 2015 Francis appointed him to Bologna, to make him a cardinal in 2019.

He is known as the “cycling cardinal” because he tours the archdiocese of northern Italy. He has long been considered a “papabile” – a candidate to be the next pope – but this man who prefers to be called “Don Matteo”, joked about it when asked, saying he was ” lazy”.

The Cardinal of Bologna succeeds Gualtiero Bassetti of Perugia at the head of the Italian bishops.

Zuppi’s election as head of the CEI follows the tradition of the past quarter-century of having a prelate who is the de facto pastoral embodiment of the current pope’s vision, meaning he sets the tone for what what is a diocesan bishop cut from the stuff of the pope. supposed to look like.

He is generally perceived as a progressive, especially following his decision to write the preface to the Italian edition of the book build bridges by American Jesuit Father James Martin, which deals with Catholic awareness of the LGBT community.

Yet last year he surprised many when, following a law by Francis to limit the use of the so-called Tridentine Rite, he distanced himself from most Italian bishops and decided not to suppress the Latin Mass in Bologna.

“I thank the Lord for the trust and I also thank you for the trust,” were Zuppi’s first words when he accepted his new role, according to SIR, the news agency of the Italian bishops. “I was struck by the words, the communion and the mission of Bassetti. These are the same words that I feel in my heart for this mandate. I will try to do my best, I will try my best. Let us remain united in synodality, in communion, in prayer.

On the same day, in his last remarks as president of the CEI, Bassetti said that “communion and mission” seem to be the two key words for the Italian Church in the near future.

The prelate also spoke of “the bishops’ commitment to the protection of minors and the prevention of abuse”.

“We want safe and suitable environments for the youngest and the most vulnerable,” Bassetti said. “For this reason, as already reiterated on other occasions, we intend to promote better knowledge of the phenomenon of mistreatment in order to assess and make more effective protection and prevention measures.

“As a former seminary rector, allow me to tell you that our boys, from the first years of their lives, carry extraordinary energy,” he said. “They are just waiting for credible and reliable witnesses who can advise on how to transform this improvised life force into lasting happiness.”

Bassetti made no mention of the many survivors who have already come forward, after being abused by priests.

Rete l’Abuso (Abuse Network) has 1,300 members and has registered more than 300 cases of priests accused or convicted of child sexual abuse in the past 15 years, out of a total of 50,000 priests across the country .

During their general assembly this week, the bishops are due to discuss whether they should conduct an internal or independent investigation into abuses similar to those carried out in France and Germany.

Those calling for an internal investigation say the Church has the resources, including “listening centers” where victims can register complaints of abuse in 62 percent of Italy’s 226 dioceses.

However, many, including victims and experts, have long argued for an external investigation because after decades of covering up and mishandling the allegations, the Church lacks the credibility to police itself.

Lay Claudia Giampetro, a canon lawyer who works in safeguarding with nuns, called Zuppi “a concrete person, who I am sure will prepare and implement a prevention plan for the Church in Italy”.

“To do this, the Italian Bishops’ Conference must understand which method would work best and study independent investigations carried out elsewhere,” she said. Node. “In France, it is good that the French Episcopal Conference is associated with the National Conference of Men and Women Religious. Priests, religious and laity should focus on this now, in view of the synod as well – as this would increase the credibility of a genuine synodal process.

Safeguard standards and listening centers for victims and survivors are needed at the national level, she said.