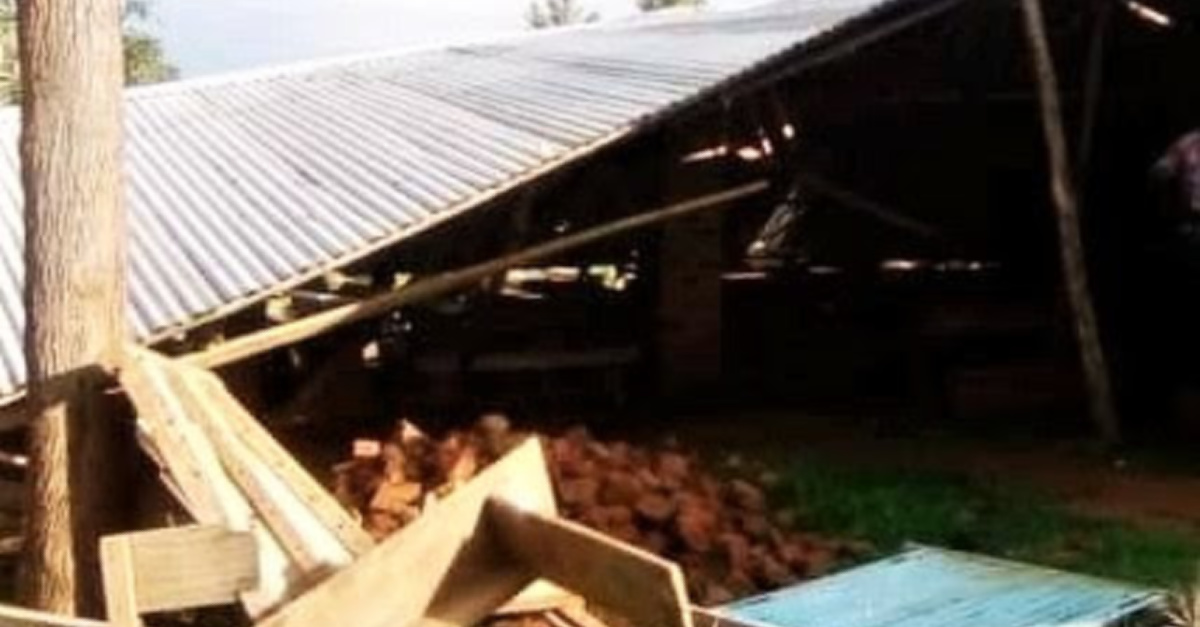 NAIROBIKenya, May 17, 2022 (Morning Star News) — Muslims furious that an Islamic leader and his wife put their faith in Christ have destroyed a pastor’s house and a church building in eastern Kenya. Uganda on May 6, sources said.

After Sheikh Musyoya Anasi and his wife accepted Christ on the morning of May 6, the same afternoon, Muslims wielding machetes and clubs in Malakachomo village, Kibuku district set fire to and demolished the building of the Malakachomo Revival Church of God and the home of Pastor Wilberforce Naaya, the pastor said. .

Church members had visited Anasi’s home at 9 a.m. and prayed for his wife after learning she had been ill for two years. After praying for healing, Anasi said, she immediately got up and asked for food.

“She suffered from sharp pains in her throat which prevented her from swallowing dry food, as well as an inflamed chest – she could only take liquid food,” Anasi told Morning Star News. “After the prayers, she asked for cooked bananas, which were easily prepared and eaten. Breast inflammation was reduced. These miracles led me and my wife to give our lives to Jesus as Lord and Savior.

Muslim and Christian neighbors heard their jubilation and came to see what was happening at the sheikh’s house.

“A few members of the mosque arrived, as well as Christians, and I explained to them what had happened in the presence of the evangelism team of the church,” Anasi said. “After having tea, they left.”

He then went to the church for afternoon worship, and at 4 p.m. worshipers saw a Muslim crowd in the distance, Pastor Naaya said.

A Christian neighbor who had been among the visitors to Anasi’s house to find out why he and his wife were celebrating said the Muslim visitors had gone to the mosque to inform the imam.

“As we were leaving the sheikh’s house, some of my Muslim neighbors were not happy with the conversion of the sheikh and his wife to Christianity,” said the church member, whose name has not been released. disclosed. “Some even said they were going to report the incident in the mosque, as it was a Friday prayer day for Muslims.”

An hour after seeing the Muslim crowd in the distance, the pastor and others saw smoke rising from the church building.

“We knew that the Muslims had started burning it,” said Pastor Naaya. “After an hour, the police arrived at the scene of the incident, but the church structure was already on fire. The police managed to arrest a few attackers and take them to the police station.

The attackers demolished the church building as well as his house, he said.

Several Muslims were arrested on suspicion of destroying religious property.

The attack was the latest of many persecutions of Christians in Uganda documented by Morning Star News.

Uganda’s constitution and other laws provide for religious freedom, including the right to propagate one’s faith and convert from one faith to another. Muslims make up no more than 12% of Uganda’s population, with high concentrations in the eastern regions of the country.

By shutting down Catholic News Service, bishops show they have lost interest in civic engagement

Bishops challenge government on cost of living and climate crises