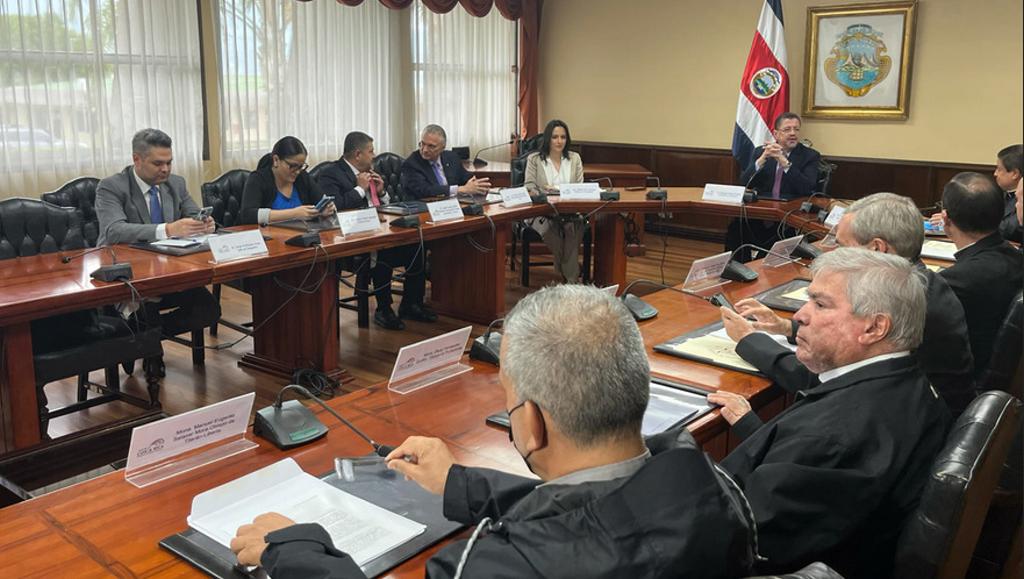 “Listening is essential to perceive reality”, the bishops during the meeting with the president

QCOSTARICA Bishops of the Episcopal Conference of Costa Rica met on Thursday with President Rodrigo Chaves and some of his ministers at the Casa Presidencial.

“With an attitude of listening, we had a frank and sincere dialogue, seeking to unite our efforts for the common good of our society,” said Bishop José Manuel Garita Herrera, president of the Episcopal Conference of Costa Rica, after the meet.

The Bishops renewed their congratulations to the President and reiterated the will of the Church to contribute, as she has always done, to the construction of Costa Rica.

In a letter dated April 4, they listed seven major issues facing the country. “In all these issues, the central point that the Church has always placed at the center is the human person and respect for their dignity,” Archbishop Garita said in statements released by the Episcopal Conference.

During the meeting, they talked about the deep and growing inequality between sectors and more so between areas, with the difference between people living in the Greater Metropolitan Area (GAM) being profound compared to rural areas and the coasts. . The Bishops then highlighted the uncertainty the country is going through due to the pandemic, the war in Ukraine, the economic crisis, etc.

On the issues of abortion, euthanasia and old age as a disease, the bishops reiterated their position in favor of life, from conception to natural death, and therefore their opposition to laws which do not respect the life. Concerns have also been expressed about the promotion of gender ideology and the progression of real “ideological colonization”, as Pope Francis has also warned.

During the meeting, the work of the Catholic Church was presented through the different pastoral, social, educational and family ministries. Finally, the Bishops spoke of the need for heads of government to listen in order to guide and strengthen social peace in Costa Rica.

“This listening is essential to better perceive the reality and to be open to contributions from other sectors of society”, underlined Msgr. Herrera.