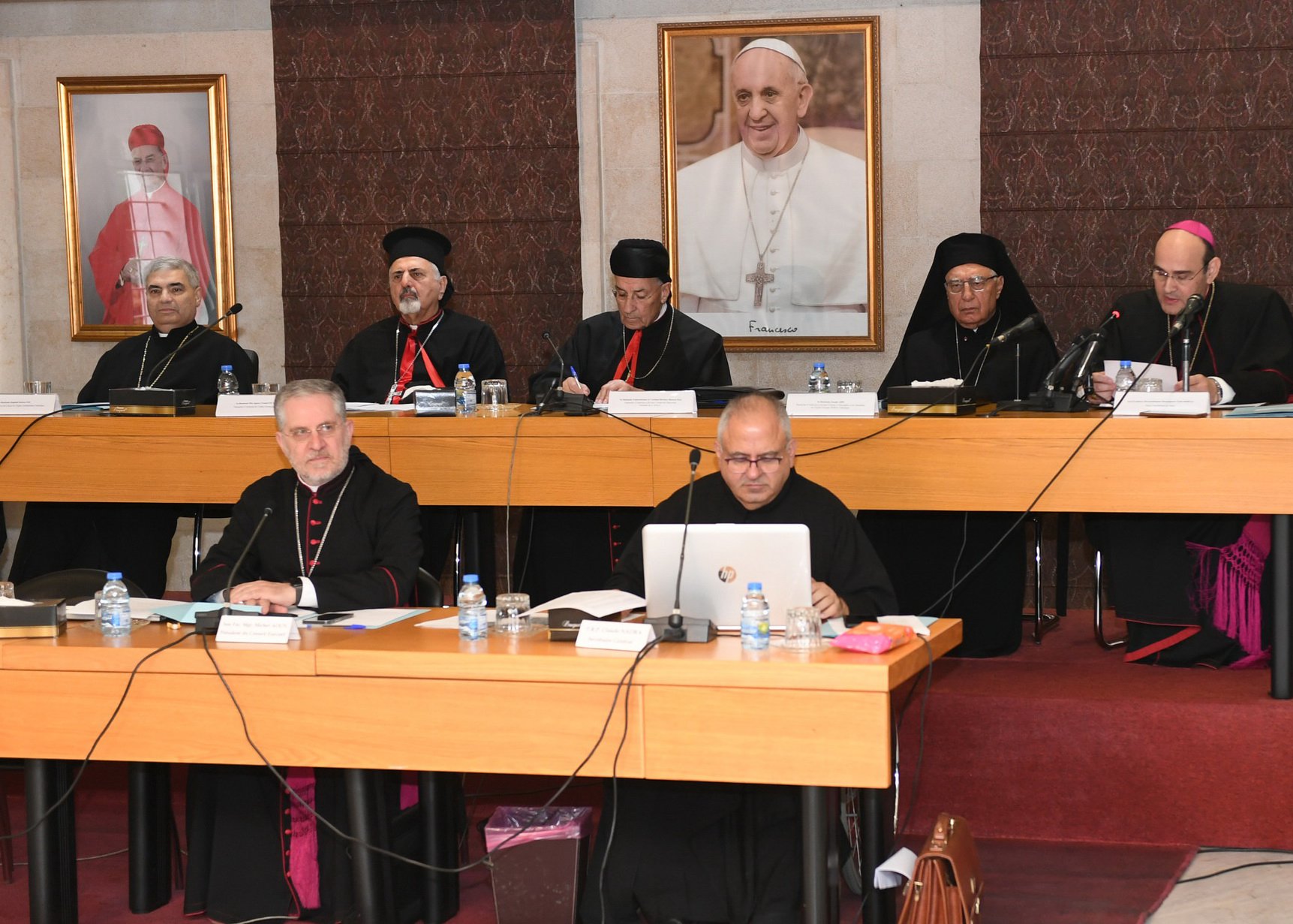 BEIRUT — With a presidential vacuum in Lebanon, the country’s Catholic religious leaders have urged parliament “to elect a president immediately.”

In a statement following their 55th annual general assembly from Nov. 7-11, the Assembly of Catholic Patriarchs and Bishops of Lebanon warned that “without a president, the state will plunge into total paralysis.”

The Lebanese parliament has met five times since the start of the electoral period at the end of August to try to elect a new president, but without success due to lack of consensus between the political parties. Another session is scheduled for November 17.

Under Lebanon’s power-sharing system, its president is a Maronite Catholic, the prime minister a Sunni Muslim, and the speaker of parliament a Shia Muslim.

“There is no higher priority than…the election of a president, and we call on MPs to elect a president immediately,” the patriarchs and bishops said in their statement.

“Without a president, there can be no protection of the constitution, control of the regularity of the work of state institutions, separation of powers and exit from political, economic and financial paralysis,” the prelates said. .

“Without a president, the state will plunge into total paralysis,” they warned.

“Lebanon is going through the most dangerous stage in its political, social, economic and financial history,” the patriarchs and bishops said.

Lebanon is in the midst of a three-year economic collapse that has pushed nearly 80% of the population into poverty in what was considered a middle-class country. The currency devalued by more than 90%, inflation hit triple digits, unemployment soared and banks imposed restrictions on customer deposits.

Citing “the economic, social and life deprivation” that has led most Lebanese “to a state of poverty and destitution”, the prelates said they would help the people by providing “all possible assistance through the patriarchal, diocesan, monastic and pastoral authorities”. institutions, in particular Caritas Lebanon. They cite in particular aid for education and hospitalization.

They expressed their thanks for the spirit of solidarity, especially among the Lebanese diaspora and people around the world “to provide moral, financial and in-kind assistance to the needy to mitigate their tragedies and cope with the catastrophic situation.”

Pope Francis, back on the papal plane from his apostolic visit to Bahrain on November 6, also addressed the power vacuum in Lebanon, saying: “I call on Lebanese politicians to put aside their personal interests, to pay attention to the country and reach an agreement”.