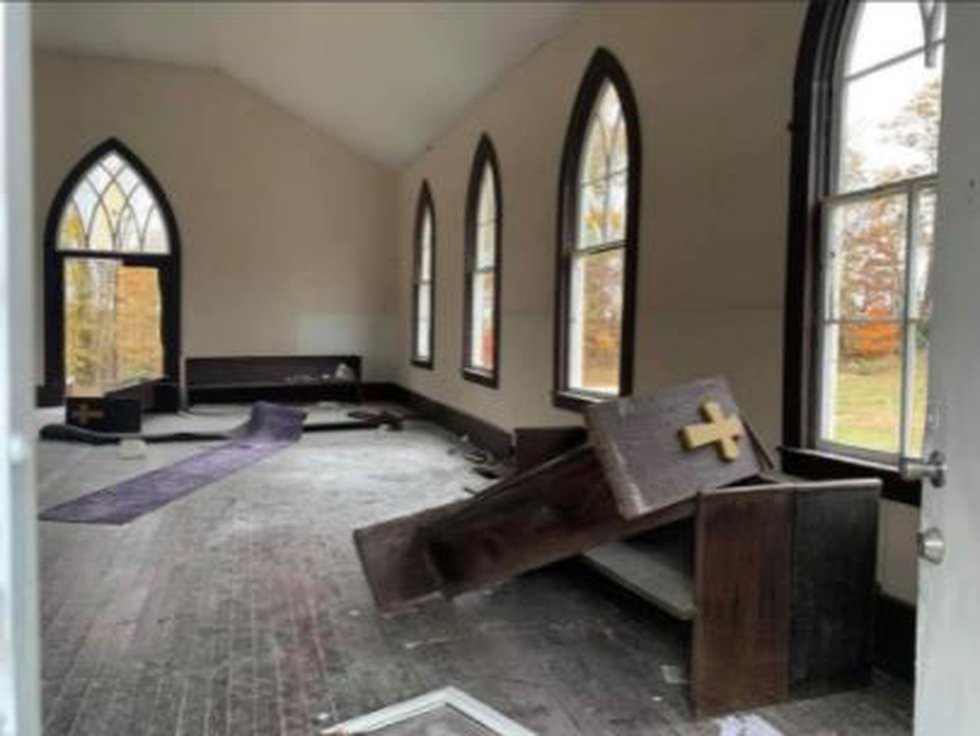 LYNNVILLE, Ind. (WFIE) – Vandalism to a nearly 130-year-old church building is being investigated near Lynnville.

He says the department interviewed six suspects, and most were minors.

Wilder says during interviews, several young people said they went to church because they were told it might be haunted.

He says the suspects then began vandalizing the building.

“They tried to light up some hymns,” Wilder said. “From what I understand, some of the other boys who were with them turned it off. They also decided to break all the windows, to tear up some benches.

Wilder says one of the suspects posted videos of the vandalism on Snapchat and an anonymous source reported the videos to the sheriff’s department.

Historians say the one-room building has no electricity or water and has not been used for regular church services for decades. However, it is still used for funerals and weddings.

The building is maintained by members of the building’s board of directors.

One of the trustees said the council had just had many windows replaced a few weeks before the vandalism.

“This building has suffered damage in the past,” Wilder said. “Many of our rural areas, especially our cemeteries, are being destroyed. Unfortunately, the township admins or maybe whoever owns the various properties or the caregivers – whatever – have to deal with it and clean this up.

Another trustee said he was unsure whether the council would have the building repaired as he feared it could be vandalized again.

Wilder says the investigation is still open, but the suspects could be charged with vandalism and potentially arson.

He says the investigation will likely remain open until Monday evening or Tuesday.