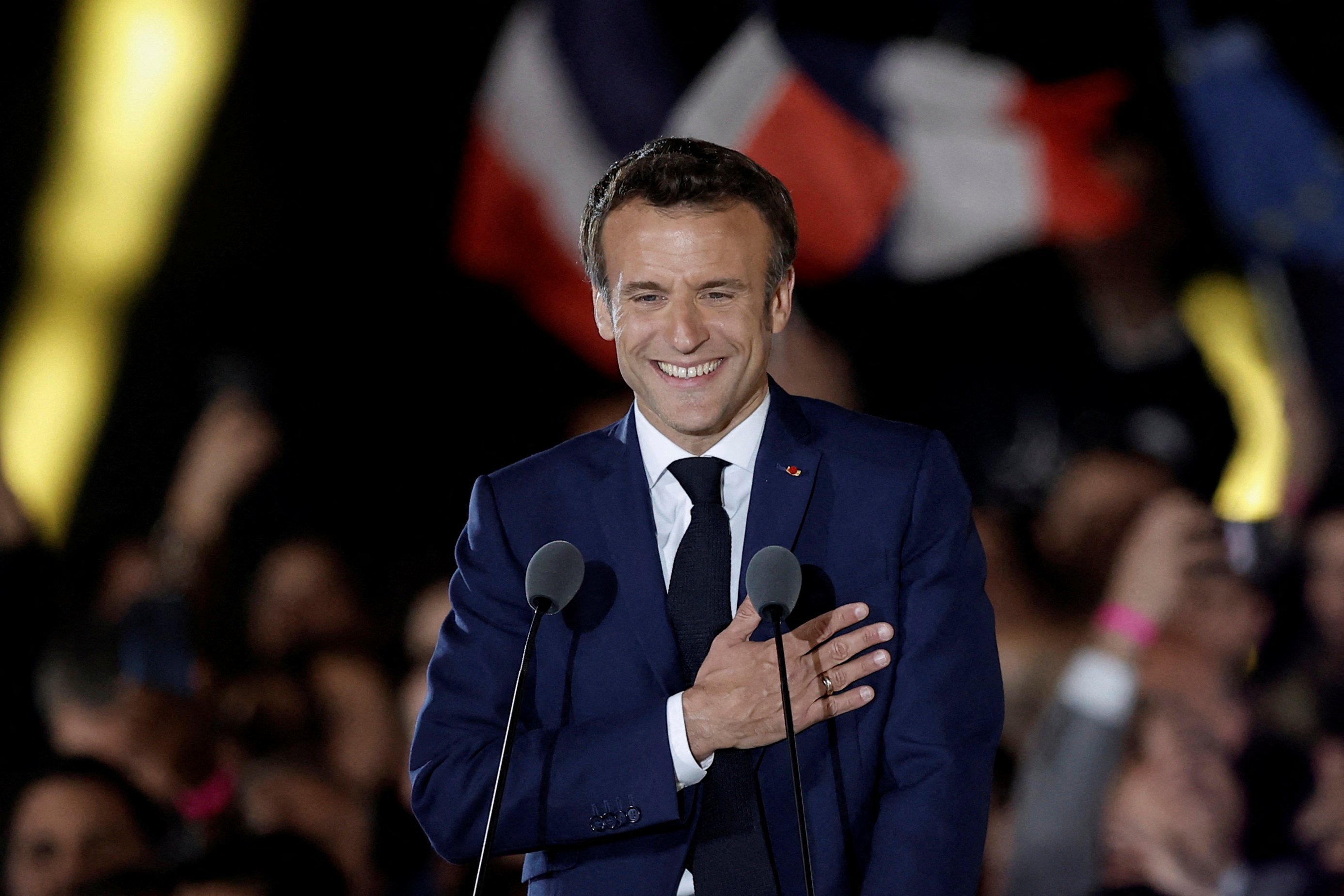 VATICAN CITY — The head of the French episcopal conference hailed the re-election of President Emmanuel Macron, but also warned of growing social divisions, after the vote was marred by the stabbing of a priest and of a Catholic nun.

Bishop Éric de Moulins-Beaufort of Reims said the election revealed “a growing rupture… which is geographical but also separates those above from those below. This is worrying for the future of our country.

The president of the episcopal conference gave his reaction in an April 25 French-language interview with Vatican News following Macron’s April 24 victory over his far-right challenger Marine Le Pen.

He said most French voters had not wanted to “get into the adventure” that Le Pen’s election might bring.

However, he added that the result, in a context of growing poverty and exclusion, also highlighted the limits of the “development model” followed by France since the Second World War.

“We see this in terms of wealth distribution and ecological and social crisis – but if we touch the limits of one system, we also struggle to imagine another,” Bishop Moulins-Beaufort said.

“What we clearly need now is a collective project that can truly bring people together across social classes, religious affiliations and other divides. But it turns out to be difficult, and that’s where the politics are today.

Macron won a second five-year term with 58.5% of the vote against 41.5% for Le Pen in the April 24 presidential run-off. He becomes the first French head of state re-elected for two decades.

At a late-night rally in Paris, he promised supporters he would find answers to the “anger and disagreement” that had driven citizens to back the far right.

The electoral ballot was marred by a stabbing attack on a Catholic priest and an elderly nun at the Saint-Pierre-d’Arène church in Nice, shortly after the start of the 10 a.m. mass.

In a statement, the Diocese of Nice said the life of Father Krzysztof Rudzinski, a priest from Suchowola, Poland, who had ministered at the parish for 10 years, was not in danger, and he thanked the security forces and civil servants for their “support and presence”. .” A 72-year-old nun was injured when she tried to stop the attack.

Meanwhile, the prefect of the southern Alpes-Maritimes region, Bernard Gonzalez, ruled out a terrorist motive for the attack and said the attacker, a local man unknown to police, had spent time in a hospital psychiatry for bipolar disorder.

In his interview, Bishop Moulins-Beaufort said that the election result was a reminder that the European Union must “reinvent itself and be convincing to citizens, especially those who feel, rightly or wrongly, excluded from the benefits of globalization”.

He added that some key government policies, from legalized euthanasia to assisted reproduction, had reflected “a more or less conscious conspiracy with the market”, which the Catholic Church would resist.

“In a hyper-technical world like ours, the temptation is great to solve all the difficulties and trials of life by technical means,” the bishop said. “Our role to uphold the deeper meaning of design and human life lived to the end in trust and surrender, where we all help each other. This is where there is definitely room for improvement. »