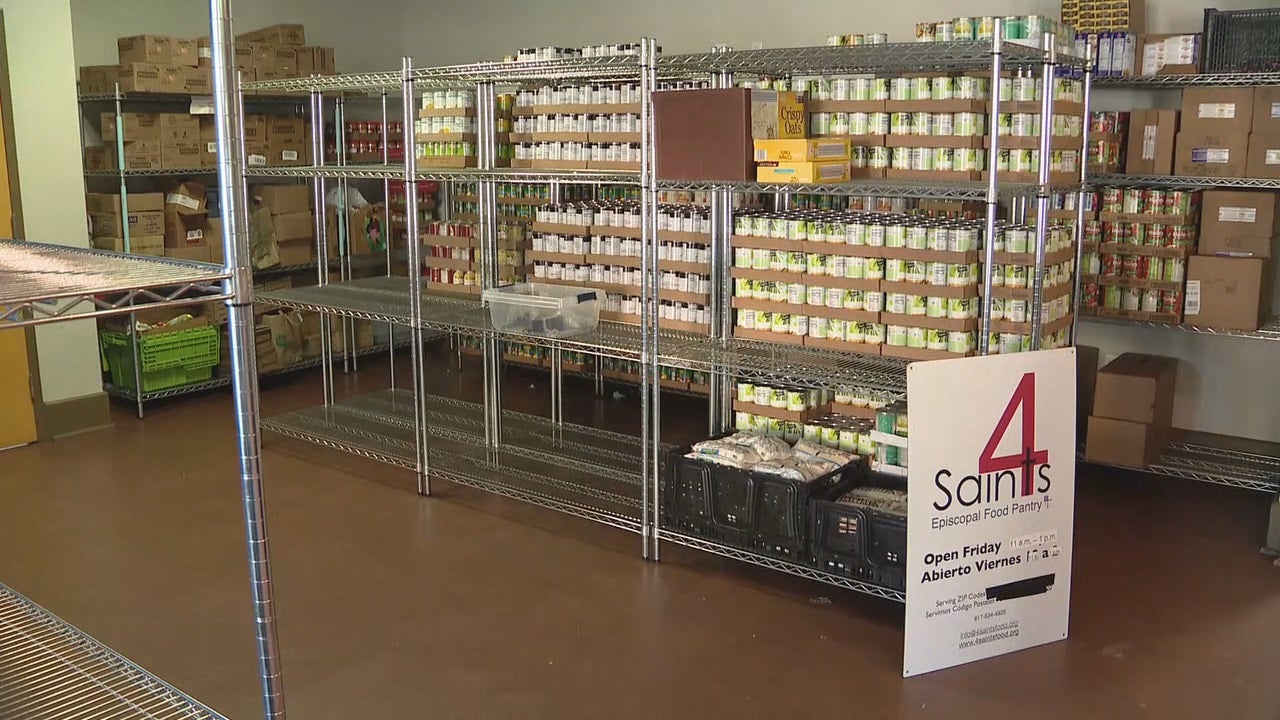 A food pantry that’s been serving families in east Fort Worth moved this weekend to a new location. That’s because the church running the pantry was forced to leave its building.

FORT WORTH, TX – A food pantry that’s been serving families in east Fort Worth moved this weekend to a new location.

That’s because the church running the pantry was forced to leave its building.

After 4 years at St. Luke’s in the Meadows Episcopal Church in Fort Worth, the 4 Saints Food Pantry had to say goodbye and find a new home.

“It was difficult,” said Reverend Karen Calafat. “It felt overwhelming at first, and then it was absolutely amazing.”

Calafat says 30 church volunteers helped move the pantry over the weekend to its temporary home for the next year at Texas Wesleyan University.

That number of families served only grew during the pandemic.

The church was near a food desert in east Fort Worth, defined as an area where a large grocery store with fresh food may be more than a mile away.

Calafat, her parish and three others in Fort Worth were forced to pack up decades of memories and vacate their buildings by Monday after a split in the Episcopal Church caused them to lose the rights to the properties.

One exception was the preschool at St. Christopher Episcopal Church. It will be allowed to finish out the school year and hopefully find another facility by the fall. It serves about 15 families.

“We’re determined. We’re going to carry on,” Calafat said. “So far, everyone has found a temporary worship space and we worshiped last Sunday and we’ll be worshiping this coming Sunday.”