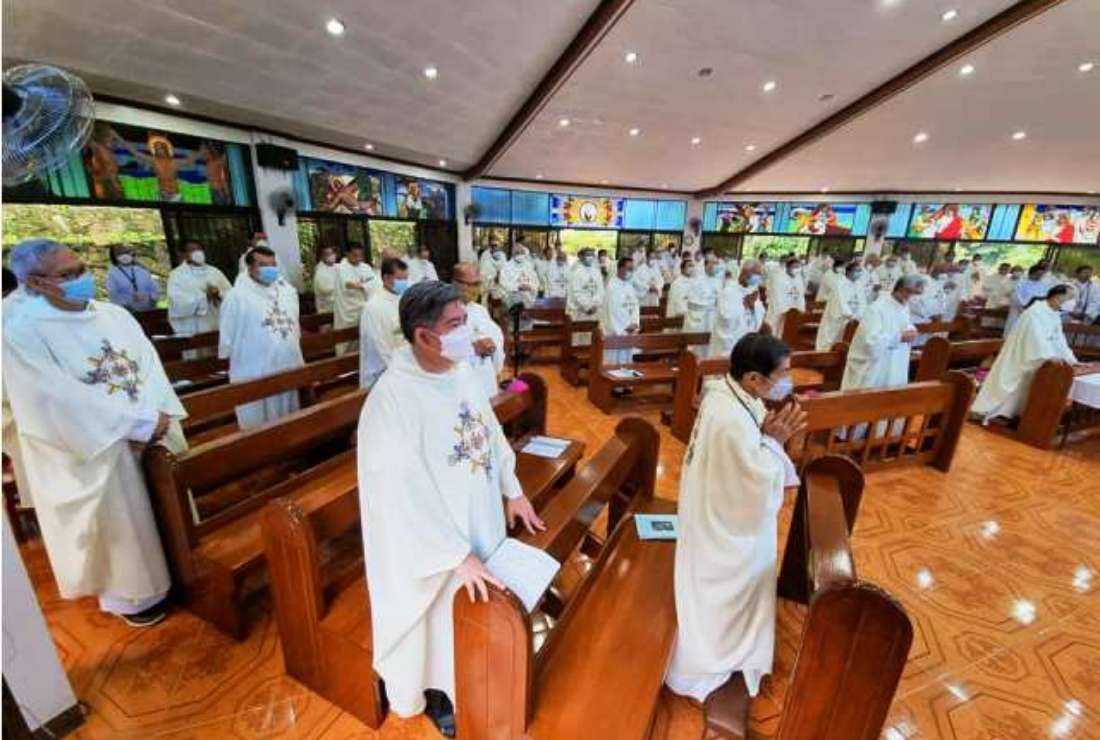 Catholic bishops in the Philippines have pledged to accelerate evangelization by being with the poor and reaching out to all sections of society, but lay Catholics remain skeptical in the absence of a concrete plan of action.

“We are opening doors for all of us to go out and go on a mission again – to seek out those who are far away, different, excluded; meet, listen and dialogue with our brothers and sisters of different denominations and denominations; explore opportunities for positive engagement in the areas of ecumenism, interreligious dialogue, politics and social media,” the Bishops said in a July 11 statement.

The Philippine Conference of Catholic Bishops has published its reflection on the National Synodal Consultation with the Laity held July 4-7 in Tagaytay City, Cavite Province, south of Manila.

The synodal consultation is in preparation for the synod of bishops of Pope Francis at the Vatican in Rome in 2023.

The Prelates said the meeting led them to seek, listen and call to love not only those inside but also outside the Catholic Church.

“It brought us joy to see the enduring faith of our people; the dedication of our ministers, the growing dialogue of action within and with others,” the statement read.

While there were successes, the Prelates also saw challenges such as the Church’s relationship with the poor.

“It has saddened us to see that we are still far from our dream of a Church of the poor and to hear the longings and groans of those who are estranged from the Church. We have seen gaps and closed doors in our evangelistic work,” they added.

Some Catholics, however, felt the bishops’ statement apparently lacked concrete details about how Catholic leaders can be with the poor, especially those who are victims of corruption and corruption.

Several parishioners believed there was nothing new in the statement except for the prelates’ efforts to meet with several secular organizations, which they said did not represent the poorest of the poor.

“Yes, it makes every Catholic happy to know that our bishops have realized that they are still far from their dream of being a Church of the poor. But the bigger question is what are they going to do about it? Manila parishioner Gerry Balbuena told UCA News.

Balbuena said reading the statement gives the impression that the Catholic hierarchy in the Philippines wants to change the world without offering a concrete step to help those who are poor.

“Obviously they can’t do everything they wrote. No Catholic can. What we need to hear are concrete and reasonable plans, especially with the type of government leaders we have now” , added Balbuena.

An anti-Marcos group says Catholic bishops should not be afraid of being called ‘partisan’ or ‘meddling in politics’ when it comes to the fight for human rights and for clean government.

“Many Marcos, Jr. trolls have attacked our bishops for partisanship when they say that Marcos family supporters are engaged in historical revisionism. We hope our bishops can come up with statements on how to defend the truth and avoid corruption in government,” Pasig parishioner Godofredo Habaen told UCA News.

“Stay close to your herd”