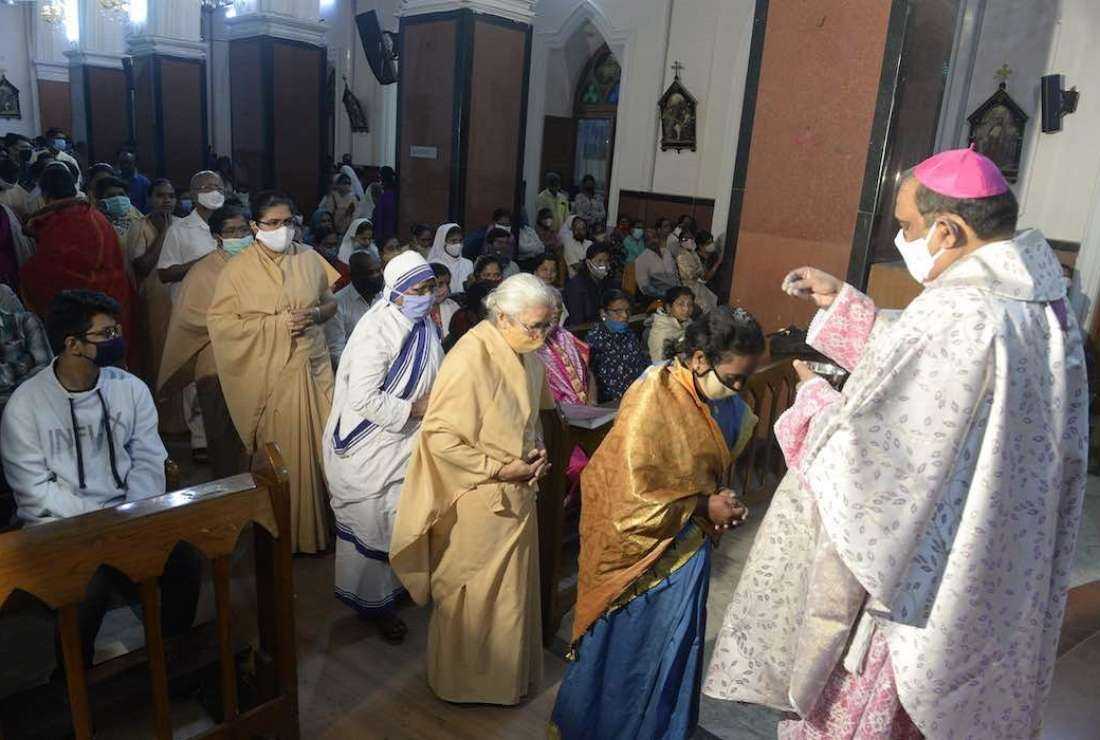 Federation of Asian Bishops: Hopes of a Lay Woman

The Church should recognize the gifts of women and give them more responsibility, decision-making opportunities

Archbishop of Hyderabad Poola Anthony (right) sprinkles ashes over the heads of Catholic Christians due to the Covid-19 coronavirus pandemic during an Ash Wednesday service at St. Mary’s Basilica in Secunderabad on February 17 2021. (Photo: AFP)

At the end of my mandate, as I looked back on the 15 years that have passed since the creation of the Women’s Bureau in 1995 following the resolution of the bishops during the sixth plenary assembly of the Federation of Asian Bishops’ Conferences ( FABC), of which I was the first executive secretary, I was happy that several conferences had set up a structure to deal with women’s issues in their countries.

Much has changed since then. The FABC women’s office is no longer functional. Structures in conferences are also not proactive or non-existent.

The biggest problem, especially in South Asia, is violence against women. The Church has an obligation to help women live life to the fullest (Jn 10:10) and to protect them from the “thief” of violence that disturbs and destroys the mental balance and functioning of the woman.

Today, during the ongoing synodal process, in the spirit of co-responsibility and communion in the Mission, I hope that women will be granted more responsibilities and decision-making opportunities in the management of offices women, which I sincerely hope will be revived and strengthened. To work.

Women must be trusted to determine how they deal with problems. They should be entrusted with planning a project, obtaining funds, and carrying out the project with the support of the bishop. This will develop their self-confidence and leadership and the projects will be tailored to the needs of women.

I hope that much more will be invested in training women leaders. Women are the main teachers of the family and of society in Asia. They must be trained in women’s studies so that they develop a critical awareness of cultural practices and traditions that perpetuate violence against women and degrade their dignity. Women can contribute a lot to evangelism in Asia since they exert a strong influence in their neighborhoods and are the ones who interact with women of other faiths.

A meeting on women living the Eucharist in Asia, held in Dhaka in January 2010, showed how women contribute significantly to evangelization. Investing in the formation of women can only bring dividends to the Church and to society.

I hope that women will continue to work as leaders not only at the community level (in small Christian communities), but that they will be helped to emerge as leaders at the parish, diocesan and national levels as well. Women must be trained to assume leadership responsibilities. The presence of women is very necessary to bring wholeness and healing to the Church which is rocked by scandals of clerical abuse of children, young people and women.

I hope and pray that the Asian Bishops will see the importance of the role of women which will help bring balance and stability as man and woman together can make the image of God truly present. (Gen. 1:27).

The family, the domestic Church, is an important instrument of evangelization in the interreligious environment in which it lives. The focus should be on families living gospel values ​​and not just bringing unbelievers to church.

The family is important and necessary for the future of humanity and society, but it is losing its importance for several reasons, one being the pressure of work in the modern work culture. The other is violence against women that influences young women’s choice against marriage or results in broken marriages.

Much work needs to be done to teach men to respect and support women in the family. Domestic violence remains a very big problem in many parts of Asia. Much needs to be done to ensure that all violence against women is monitored and addressed in a timely manner so that women are not forced to make the decision to retire or not marry to protect themselves .

Today’s work culture is definitely anti-family. The Church, together with the laity, must become proactive in lobbying governments in the interests of the future of the family and of society to change this culture of work which not only drives infidelity but also imposes a heavy burden for young parents who want to start a family. Structures that provide reliable childcare for working parents will be of great help.

Priestly formation must also be updated to include the vision of the Church in Asia as a communion of communities and a co-responsible Church. Women’s studies must also be included, so that when priests come to the parish, they can function in a spirituality of communion and tap into the gifts and talents of the laity. In the parish, they mainly deal with women, so they must learn to respect and accept the partnership of women in parish work.

Much remains to be done to train men and priests to understand and manage their sexuality. This will help reduce sexual violence against women and children.

The 21st century is the century of the laity and of women in the Church. As we read the signs of the times, we can see the Spirit working mightily to bring about change. I am convinced that the Church in Asia is already on the way to implementing the change that Westerners are looking for in the Church. But we must stay on this path and not go back. Unfortunately, that was my hunch near the end of my tenure as FABC Laity and Family and Women’s Office Secretary in 2010.

The experience of the ninth plenary assembly in 2009 was a worrying sign in the wrong direction, where the Church as People of God was absent. The spirituality of communion has been abandoned. Decision-making was considered a privilege of power, not a service in the spirit of communion with the Church in Asia.

Women have emerged in all walks of life as powerful leaders and agents of change. The change that women bring is from the perspective of their faith in openness and transparency. Women also have great strength and resilience in standing up for truth and justice.

I hope the Church in Asia recognizes the gifts for women and is enriched by the use of these gifts.

Mumbai-based Virginia Saldanha served as executive secretary of the FABC Laity and Family Office from 1995 to 2010.

*The views expressed in this article are those of the author and do not necessarily reflect the official editorial position of UCA News.