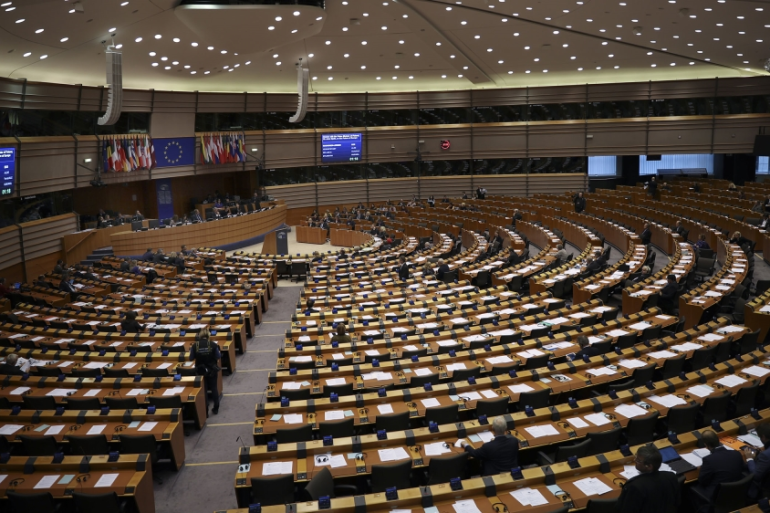 ROME – Europe’s highest episcopal body has condemned the European Parliament’s favorable vote on Thursday 7 July on a resolution calling for the inclusion of access to abortion in the Charter of Fundamental Rights of the EU.

The resolution was adopted with 324 votes for, 155 against and 38 abstentions.

In a July 8 statement, Father Manuel Barrios Prieto, Secretary General of the Commission of Episcopal Conferences of the European Union (COMECE), expressed regret for the resolution, which he said “opens the way to a deviation universally recognized humanity”. rights and distorts the tragedy of abortion for struggling mothers.

“We must work for more unity between Europeans, not to create higher ideological barriers and polarization,” Barrios said, stressing the need to support pregnant women and accompany them so that they can “overcome their difficulties in problematic situations”.

The resolution stated that “the protection of safe and legal abortion has direct implications for the effective exercise of the rights recognized in the Charter of Fundamental Rights, such as human dignity, personal autonomy, equality and justice. ‘physical integrity”.

She proposed adding a seventh article to the Charter of Fundamental Rights entitled “Right to abortion. Everyone has the right to a safe and legal abortion.

This resolution follows the Supreme Court’s vote of June 24, 5-4 during the Dobbs vs. Jackson case overturning landmark 1973 Roe vs. Wade decision that found a constitutional right to abortion rooted in a right to privacy.

Since abortion is no longer recognized as a right protected by the Constitution, the debate on its legalization now falls to the States.

French President Emmanuel Macron called for the right to abortion to be included in the European Charter of Fundamental Rights in January during his re-election campaign.

The European Parliament then adopted a first resolution in June calling for abortion to be introduced into the charter as a “fundamental right” after a draft Supreme Court opinion leaked into the Dobbs vs. Jackson case was released earlier this year.

In its resolution yesterday, the European Parliament called for a convention to revise the EU treaties and said it expects the European Council to “meet for this purpose”.

Parliament also proposed that, in this process, “the right to a safe and legal abortion be included in the Charter” and that they be involved at every stage of the process.

The resolution expresses its “strong solidarity and support for women and girls in the United States” and calls on the US Congress “to pass a bill that would protect abortion at the federal level.”

He expressed concern about the impact abortion restrictions would have on poor and minority women, saying that forcing a woman to carry her child to term against her will is a “violation of the rights rights and a form of gender-based violence”.

The resolution also called for better data protection for women who have visited abortion clinics and wider access to contraception. They also requested that a delegation be sent to the United States to assess the impact of Dobbs vs. Jacksonand to offer support to pro-choice movements in the United States

In his statement, Barrios criticized the decision of the European Parliament to weigh in on the US decision on abortion, saying that the Parliament “should not enter an area, such as abortion, which does not fall within its competence, nor interfere in the internal affairs of democratic EU or non-EU countries.

“Promoting radical political programs endangers fundamental rights”, such as freedom of thought, freedom of conscience and religion, freedom of expression and freedom of assembly, and it “undermines social cohesion” , did he declare.

Barrios argued that prioritizing the inclusion of abortion in the charter, which if done would potentially require a review of all EU treaties, “could seriously jeopardize the chances of such reform process, while intensifying confrontations between our citizens and between Member States”.

Responses of Bishop Elpidophoros to the Assembly of Canonical Orthodox Bishops