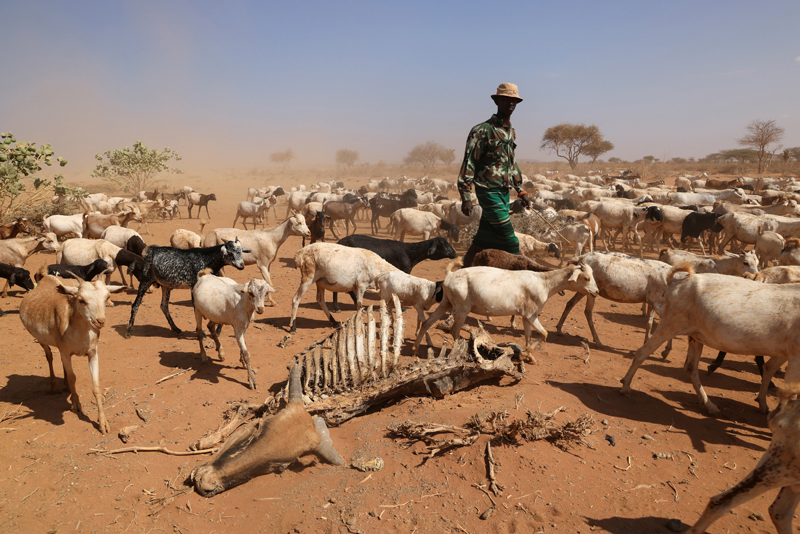 NAIROBI, Kenya (CNS) – Catholic Bishops in East Africa have acknowledged that the climate crisis is real and is having adverse effects on people across the region.

Gathering in Dar es Salaam, Tanzania, from July 10-18 in the shadow of some of the worst environmental disasters on record in the region, the bishops of the Association of Member Episcopal Conferences of Eastern Africa said in a final statement that the rush for natural resources has led to conflicts and wars, which make the “cry of Mother Earth and the poor” louder.

The statement, read by Bishop Charles Kasonde of Solwezi, Zambia, President of AMECEA, said the environmental crisis in the region is evident in worsening droughts, floods and hurricanes and other natural disasters that pose a growing threat to social and economic development and a sustainable future. people’s livelihoods.

The bishops also expressed concern over deforestation and the construction of infrastructure that does not require the replanting of trees.

“We are also concerned about mining and the lack of effective waste management systems,” Bishop Kasonde said. “We recognize that addressing these issues is about economic justice and equity.

“Therefore, they cannot be adequately addressed without due regard to the provision of alternatives such as promoting the use of solar and wind energy and other livelihoods. However, all of this contributes to pollution and environmental degradation in the AMECEA region,” he said.

In their statement, the bishops called for a global campaign to share Catholic social teaching on environmental care so people understand the role they play in caring for creation.

Across the region, some bishops, priests and nuns have responded to the crisis people are facing by relocating emergency aid communities affected by the ongoing drought that has caused poor harvests for three consecutive growing seasons. .

Church leaders also acknowledged that the disruptions caused by the coronavirus pandemic and the war in Ukraine have further hurt the region.

The plenary meeting gave bishops and other participants the opportunity to consider how the Church in the region has implemented Pope Francis’ encyclical on the care of the earth, ‘Laudato Si’, on the care of our common home” in response to the climate crisis.

“This self-assessment should guide our deliberations as we look to the future,” Bishop Kasonde told the 270 delegates at the opening of the meeting. “The importance of living the Laudato Si’ message is evidenced by the fact that the encyclical letter has caused great emotion in the region, not only among Catholics but also among those affiliated with other churches and denominations and our governments respectively”.

“We cannot fight environmental degradation without tackling the causes related to human and social degradation,” he said, warning that some solutions to environmental challenges have failed because they were out of touch. daily activities of poor and marginalized communities.

Ahead of the conference, the Catholic Youth Network for Environmental Sustainability in Africa called on the bishops to instill a spirit of care for creation among church members and actively participate in the implementation of the encyclical. from the pope.