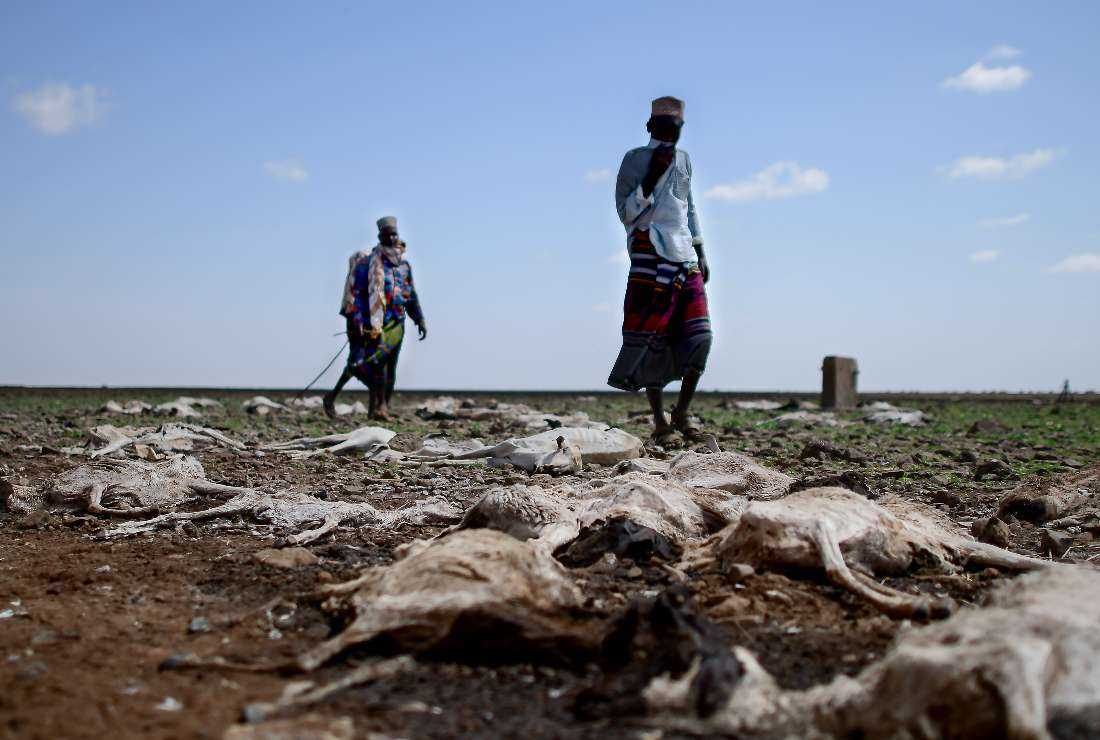 Herders from the local Gabra community walk among the carcasses of some of their sheep and goats believed to have succumbed due to sudden weather change in Marsabit county on January 29. (Photo: AFP)

East African Catholic Bishops have set aside a week to discuss the consequences of ecological damage in the region as it becomes clear that climate change is taking a heavy toll on the development of people in rural and urban parishes.

Gathering in Dar es Salaam, Tanzania, from July 10-18 in the shadow of some of the worst environmental disasters on record in the region, the bishops of the Association of Member Episcopal Conferences of Eastern Africa are considering ways to helping communities struggling to adapt to the effects of climate change.

Some bishops, priests and nuns have responded by moving emergency aid to communities affected by the ongoing drought that has caused crop failures for three consecutive growing seasons.

Church leaders also acknowledge that the disruptions caused by the coronavirus pandemic and the war in Ukraine have further hurt the region.

Bishop Charles Kasonde of Solwezi, Zambia, president of AMECEA, said July 11 that the plenary meeting will also consider how the church in the region has implemented Pope Francis’ encyclical on the care of the earth, “Laudato Si”, on caring for our common home” in response to the climate crisis.

“This self-assessment should guide our deliberations as we look to the future,” Bishop Kasonde told the 270 delegates. “The importance of living the Laudato Si’ message is evidenced by the fact that the encyclical letter has caused great emotion in the region, not only among Catholics but also among those affiliated with other churches and denominations and our governments respectively.”

“We cannot fight environmental degradation without tackling the causes linked to human and social degradation,” he said, warning that some solutions to environmental challenges have failed because they were removed from the daily activities of poor and marginalized communities.

Ahead of the conference, the Catholic Youth Network for Environmental Sustainability in Africa called on the bishops to instill a spirit of care for creation among church members and actively participate in the implementation of the encyclical. from the pope.