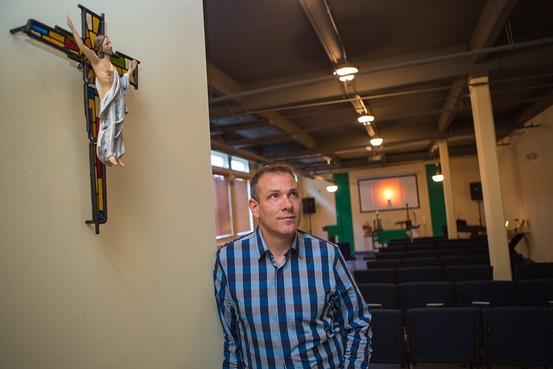 Construction of religious buildings in the United States has fallen to its lowest level since private records began in 1967. Religious groups will build about 10.3 million square feet this year, down 6% from 2013 and 80% since peak construction in 2002, according to Dodge Data & Analytics. In dollar terms, spending on places of worship totaled $3.15 billion last year, down by half from the previous decade, according to Commerce Department figures.

As the economy recovers, churches, synagogues, mosques and temples can move forward with renovation and expansion projects postponed during and after the recession. But church building began to ebb long before the last recession.

Behind this decline is a confluence of trends: a decline in formal religious attendance, changing giving habits, a move away from building massive mega-churches and, more broadly, a growing taste for alternatives to the place of worship. traditional.

“There’s been a wake-up call that if we can put more resources into ministry and not into infrastructure, that’s a better use of those resources,” said Sing Oldham, spokesperson for the Southern Baptist Convention, the largest Protestant denomination in the United States.

For Reverend Rob Apgar-Taylor, the changing sentiment is playing out in a renovated former shoe factory in Hagerstown, Maryland, where the Veritas United Church of Christ, launched in 2011, holds Sunday services. Mr. Apgar-Taylor hopes to continue renting the space as his congregation of 30 members grows.

“I don’t want to sit at a table and worry about how to replace the roof,” he said. He prefers to focus on “how to reach children in the community”.

The trends are far from universal across regions and religions.

Muslims and Mormons have seen strong growth even as Lutherans, Presbyterians, Methodists and other major Protestant denominations have declined, according to the Association of Statisticians of American Religious Organizations.

There are signs that the long decline in church building may have bottomed out. While construction is down this year, the pace of spending has picked up since late 2013, the Commerce Department said. Two private companies, IMF and Dodge Data & Analytics, are both forecasting modest increases in spending in 2015.

But a return to the building boom of a dozen years ago — in 2002, church groups built 51.9 million square feet, Dodge says — faces headwinds. Dodge said in its latest report that “the level of activity will remain extremely low by historical standards.”

The driver of the longer-term decline is a slow but steady decline in formal religious participation. The share of Americans who report never attending services rose from 9.3% in 1972 to 25.3% in 2012, according to the General Social Survey, a survey of behaviors, attitudes and demographics conducted by researchers from the University of Chicago. Nearly 20% in 2012 gave their religious preference as “none”, up from 5.1% four decades earlier.

Fundraising, in turn, has been a problem. While inflation-adjusted charitable contributions in 2013 were up 10% from 2001, donations to religious organizations were largely flat at that time, the Giving USA Foundation said.

Additionally, religious groups that received half of all charitable contributions in 1990 now receive less than a third as part of a change in generational giving habits. Older congregants often put something on the collection plate each week, but younger congregants “now see church as one place to give,” said Joel Mikell, president of RSI Stewardship, a Dallas-based company. who works on church fundraising campaigns.

As a result, many congregations are unable to undertake major building projects. Some congregations even feel compelled to downsize to cheaper neighborhoods as membership declines.

When Beth El Congregation in Akron, Ohio, built its synagogue after World War II, the sprawling structure was “the focal point of the Jewish community for our members – social, cultural, religious, from birth to death,” said said Rabbi Stephen Grundfast. But he said maintaining a building meant for 600 or 700 families “was going to be expensive” for a congregation cut in half.

In 2012, the congregation voted to sell the synagogue and lease space to the local Jewish community center. “It was a very emotional thing to leave this building,” Mr Grundfast said. “But people realized that for the financial health of the synagogue and our community, we needed to make this drastic change.”

But even well-funded congregations have rethought the value of stained glass and pews.

“I don’t think we’ve seen the last of the big churches, just big church buildings,” said Jim Sheppard of Generis, a church fundraising consultant. Starbucks, with its network of small stores, “taught the church that it doesn’t have to be big,” he said. “It has to be local.

Many mega-churches, usually Protestant congregations with a weekly attendance of over 2,000 people, erected huge buildings with arena-like shrines in the 1990s and early 2000s. have continued to grow over the past decade, their shrines haven’t grown, said Scott Thumma, a professor at Hartford Seminary who studies megachurches.

Instead, he said, a growing number have become multisite churches, holding several smaller services at rented movie theaters and other satellite sites. It is less expensive than a large building and provides a more inviting worship experience, he added.

More than 3,000 people attend Sunday services at the National Community Church, with Pastor Mark Batterson’s pre-recorded sermon playing on screens at seven locations in and around Washington, DC

Mr Batterson said he was not opposed to the eventual construction of a more traditional house for his church. But he doesn’t want a building that’s only used once a week, or that makes space an overwhelming priority.

“We don’t want to deal with a building,” he said. “We want to love people and serve them, and sometimes buildings can actually get in the way of that.”

At Mr Apgar-Taylor’s Hagerstown Church, worshipers said on a recent Sunday that they did not mind praying in the factory-turned-office block.

“For us, having a real church, with a steeple and pews, is not essential to our message,” said Kyla Greenhorn, 25. “You can worship God anywhere.”

Write to Ben Leubsdorf at ben.leubsdorf@wsj.com