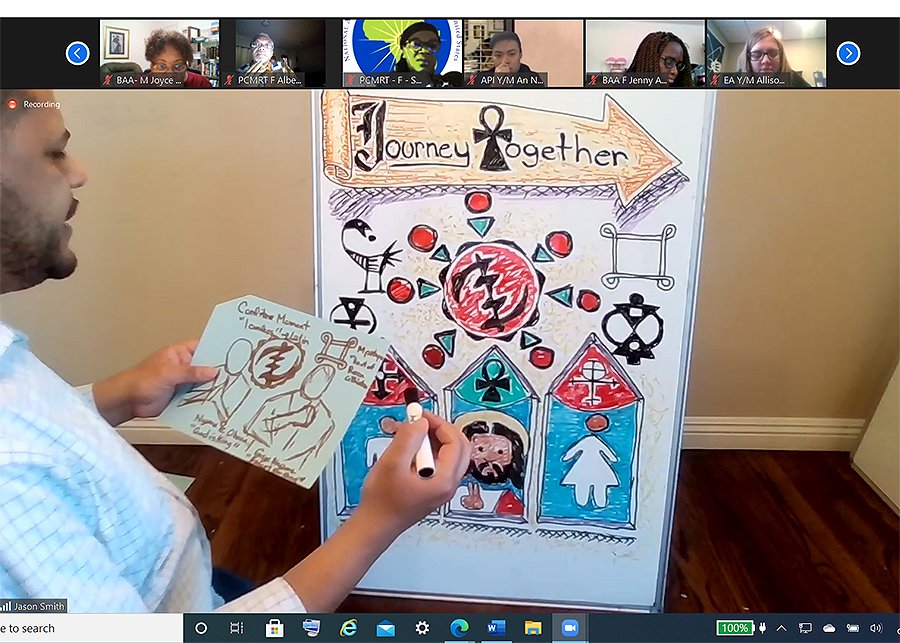 COVID has changed the Bishops’ ‘Journey Together’ initiative in ‘fascinating’ ways

NEW YORK — When about 300 Catholic leaders gather Thursday through Sunday in Chicago as part of the American Episcopal Conference’s “Journey Together” initiative, they will have completed nearly two years of virtual meetings and dialogues that have not were not originally planned, but laid a foundation on which they can build moving forward.

The event, “Alive in Christ: Young, Diverse, Prophetic Voices Journeying Together”, is the first in-person gathering for the “Journeying Together” initiative which was launched in July 2020. The goal from the start has been to engage and listen to culturally diverse Catholic young adults in the United States about the challenges they face and their views on how the Church and society can become more inclusive and just.

The American Bishops’ Conference Committee on Cultural Diversity in the Church is leading the initiative.

Archbishop Nelson Perez of Philadelphia, who led the committee through the process until the end of his term as president last November, said Node that it was “fascinating” how the process unfolded in a positive way after the changes forced by COVID.

The initiative’s original pre-pandemic plan was a convocation of U.S. bishops and approximately 400 culturally diverse Catholic young adults to Cleveland for four days in July 2020. After the pandemic hit, this event went virtual, and over time for more than 60 Catholic Bishops and Eparchies, as well as the Apostolic Nuncio to the United States, Archbishop Christophe Pierre, have met virtually with approximately 2,000 young adults in different formats and contexts.

“It was just extremely fruitful, and I think it could never have happened on a weekend like this,” Perez said.

“All of these young adults met online and now a group of them will meet in person and they have been exposed to the process and the prayer of it, sharing their own personal and cultural stories, their joys of the Church and the challenges of the Church,” he continued. “The faith sharing that has occurred throughout these almost two years is coming full circle now that we we meet in Chicago.”

These virtual sessions were separated into three stages. The first was the virtual event that was originally scheduled to take place in person in Cleveland. The second was a series of intracultural conversations between participants from different cultural groups, including Pacific Islanders, Hispanics, African Americans, and European Americans. From there, the third step consisted of cross-cultural conversations where participants came together with those from other cultural groups.

Perez said attendees highlighted the challenge of being a minority in their local community. In particular, times when they do not feel accepted in secular and church settings, especially in terms of finding a voice and a sense of belonging to a local parish.

“Diversity in the Church and society is in a way its strength and it is a richness, and it is a gift, but it is also a challenge and sometimes brings conflicts,” Perez said. “The universality of the Church is certainly a gift, but it is also a call to have a big heart, a welcoming heart, and that does not always come so easily and it has certainly manifested itself when young adults from different cultural families spoke about very different experiences of trying to find a place in the community.

The culmination of these virtual sessions and the perspectives heard is this week’s meeting in Chicago which will include Catholic bishops, ministry leaders and young adults. Archbishop Jośe Gomez of Los Angeles, president of the USCCB, will preside at the opening Mass on Thursday and deliver the closing address for the general session. Pierre will deliver the keynote address.

Perez said his hope for the event is to develop “pastoral trajectories,” or roads to continue the dialogue they’ve all shared for nearly two years.

“My hope and my prayer is that it’s not just one event, and I don’t think it will be,” Perez said. “It is not just an event that will start on Thursday and end on Sunday, but it will be a step, or a moment, on the way to an ongoing process of dialogue and sharing with each other, and learning , and grow with each other.

“My generation is passing on to them a world where we’ve hopefully done our best to make it a better place, and now they have to take it and try to make it an even better place,” Perez said.