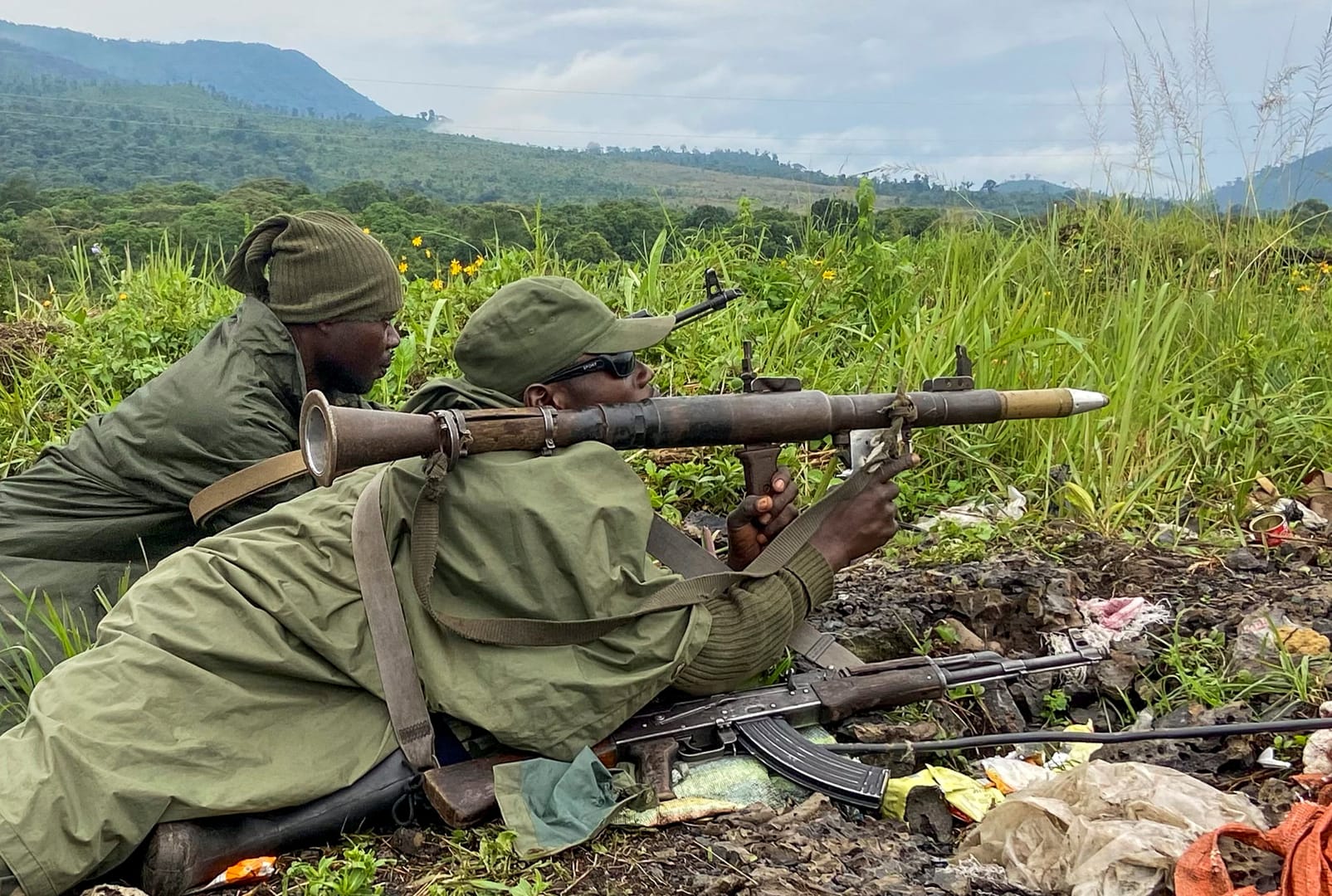 YAOUNDÈ, Cameroon – Just weeks before Pope Francis’ historic visit to the Democratic Republic of Congo (DRC), the country’s bishops have once again expressed their frustration at the escalating violence in the east of the country .

Rebels belonging to the March 23 Movement (M23) launched new attacks simultaneously in several localities on May 25, against the DRC Armed Forces, in particular in the localities of Kibumba, Nyiragongo, Tchanzu, Runyoni, Kanombe and Rutshuru, all in the North Kivu Province.

The latest fighting has forced nearly 100,000 people from their homes, according to the United Nations.

In a May 28 statement, a copy of which was sent to Node and signed by Archbishop Marcel Utembi Tapa of Kisangani, president of the country’s episcopal conference, the bishops deplored the continued violence.

“The Congolese people who have suffered greatly and whose tears continue to flow as a result of conflicts motivated by political interests are preparing to welcome the Holy Father Pope Francis in July who comes as a peacemaker and an apostle of reconciliation. . . It is neither right nor honorable to try to deprive these people of this moment of joy which would be a source of blessing for our country, the DRC,” the statement said.

François will be in the DRC from July 2 to 5. The theme of the trip is “All reconciled in Jesus Christ”. The pontiff will then travel to South Sudan before leaving for Rome on July 7.

In the statement, the Bishops noted that fighting persisted barely a month after a new peace accord was signed in Nairobi, Kenya, between rebel groups and regional governments.

“We are surprised that these clashes come only a few weeks after the meeting in Nairobi where the heads of state of the Great Lakes sub-region and the armed groups pledged to unite their efforts to bring peace to the east of the Democratic Republic of the Congo,” the statement said.

Regional leaders said at the Nairobi meeting that they would immediately form a regional force “to help contain and, if necessary, combat negative forces”.

But recent fighting, apparently backed by some of the countries that signed the Nairobi accord, suggests there was little sincerity in the deal.

“There was a commitment from the governments of the Great Lakes countries to work in synergy to eradicate armed groups in eastern Congo. That today there is a resurgence of the M23, supported, as we hear, by Rwanda, indicates that the commitments made were not sincere”, declared Father George Kalenga, Deputy Secretary General of the Conference national episcopal congo (CENCO). Node.

The bishops’ conference said the “nightmare of war” had persisted for too long, insisting it was time to silence the guns.

“CENCO asks the belligerents to come to their senses and seek dialogue. May they immediately put an end to this umpteenth battle, which only plunges the Congolese people into misery,” the statement said.

The Prelates said that the use of arms “presents a semblance of peace to those who use them. At the same time, it paves the way for future violence. The history of our sub-region reminds us of this.

They urged the “competent authorities and the international community, in particular MONUSCO [the UN mission to the country]to use all the means at their disposal so that this part of the country finds peace as soon as possible without giving priority to those responsible for these atrocities.

In reference to the Pope’s upcoming visit to the DRC, the bishops called on residents of Goma – a hotbed of violence and one of the cities that Pope Francis will visit – “not to panic, but to continue to mobilize to give the Holy Father a welcome worthy of him.

Kalenga said Node that “as regards the Pope’s visit, preparations are continuing in Kinshasa and Goma. The Congolese people will not be intimidated.

The Norwegian Refugee Council (NRC) has for two years called the conflict in eastern DRC the most neglected conflict in the world.

An NRC report released on June 1 says the DRC is now home to more than 5.5 million internally displaced people – the third highest in the world – and a million more have applied for refugee status. refugee in another country. In addition, about 27 million people suffer from hunger in the country.

“Despite these urgent needs, support to the country is insufficient and the situation has become a classic example of neglect,” said Jan Egeland, secretary general of the NRC, in a June 1 statement.

He said aid provided to Congo last year amounted to less than $1 a week per person in need.

“People inside and outside Africa who have the power to create change are turning a blind eye to the waves of brutal and targeted attacks on civilians that are destroying communities,” Egeland added.

Bishops call for comprehensive response to shootings, including gun control