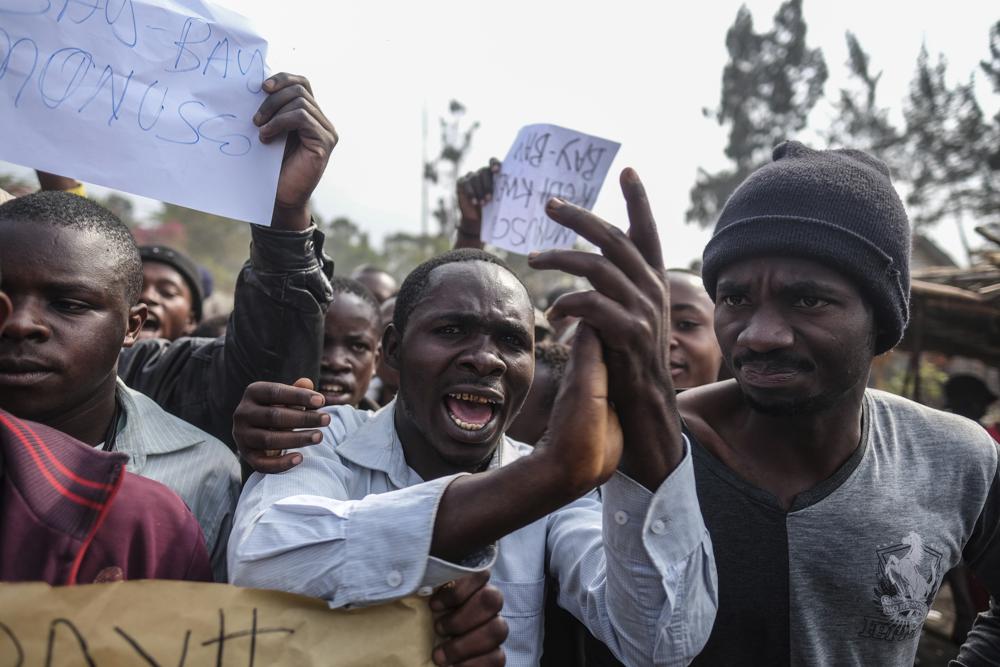 ROME – Bishops in the Democratic Republic of Congo, where Pope Francis is due to visit early next year, have lamented the “serious” state of violence in the country and called for prayer and fasting, as well than a special march for peace.

In a November 11 statement following its November 7-9 extraordinary plenary assembly, held in Kinshasa, the Congolese National Episcopal Conference (CENCO) said the situation “is serious. Our country is in danger!

“Let’s not balkanize the Democratic Republic of the Congo,” they said. “From north to south, from east to west, as well as in the diaspora, let us all stand up to safeguard the territorial integrity of our country.

To this end, they invited Christians and all people of good will “to fast, to pray, to make gestures of solidarity” with the people displaced by the violence. They also called on the faithful “to march peacefully on Sunday, December 4” to end the cycle of violence in the country.

The call for peace and announcement of the December 4 peace march comes as more than 100,000 people have fled their homes and dozens more have been killed in renewed fighting between Congolese soldiers and the rebel group M23.

In one of the longest and deadliest conflicts in the world, violence in the Democratic Republic of the Congo erupted some 30 years ago and so far has claimed more than six million lives and forced 4, 5 million people to leave their homes.

Despite the presence of a large United Nations peacekeeping mission, over the past year violence in the country has flared up again as national security forces attempt to combat more than 100 armed groups, mainly in the east of the country.

The M23, which formed a decade ago, and the Congolese army have blamed each other for sparking the clashes that led to this latest crisis.

Kenyan military forces have now joined the Congolese army in an attempt to crush rebel group resistance and bring peace, as the M23 and many other armed groups continue to fight for control of mineral-rich Congo.

Pope Francis, who has frequently pleaded for peace in Congo and organized special prayer and fasting initiatives to end the violence in the country, is expected to visit in the first half of next year.

The pope was originally scheduled to make a joint trip to Congo and South Sudan in July, but had to cancel the visit at the last minute due to persistent osteoarthritis of the knee, which causes severe pain and often confines him . to a wheelchair or the use of a cane.

In an online chat with university students across Africa earlier this month, Pope Francis announced that the visit to South Sudan and Congo had been postponed to “early February,” and said he optimistic about the possibility of keeping the appointment.

RELATED: Pope urges young Africans to be protagonists of the future

A recent report by the Congolese branch of Caritas says the upsurge in fighting has caused a new wave of mass displacement, with some 400,000 people currently on the move, both internally and externally.

Caritas Congo said the humanitarian situation is worrying and more than 2,600 refugees in east-central Congo are living in precarious conditions.

The conflict in Congo is also straining the country’s relations with its neighbors, including Rwanda, which has accused Congo of supporting the rebel group M23, which has claimed to defend the interests of ethnic Tutsis living in Congo against Hutu militias. .

In their statement, the Congolese bishops expressed concern about the “worrying security situation” and stressed the responsibility of political and international leaders, as well as members of the armed forces and opposition groups, to end violence.

They condemned what they called the international community’s “complacency” toward multinational corporations and nations they accused of being “predators of our natural resources.”

This complacency, they said, “commits the grave responsibility of this same community which, in its duplicity, blows hot and cold.”

“We must not forget that beyond natural resources, there is the Congolese people who need to live in peace. What kind of peacekeeping are we talking about as the death toll continues to mount? they said.

National authorities must also do more, they said, insisting that “it is high time for the state to guarantee all citizens the most basic right to life and security, and the country its territorial integrity”.

For this, “the war effort is essential and must be effective,” the bishops said. To this end, they argued that it is “imperative” that national institutions and leaders reduce their standard of living, “in order to renew our means of defence, modernize and consequently equip our army and well motivate our security forces”.

A “broad national framework” must also be established in order to assess the authorities’ efforts to achieve peace and security, and the results of these efforts, they said, insisting that this framework must go “beyond- beyond political affinities” and be able to formulate new strategies.

The bishops also said they “deplore” what they said was a lack of punishment for those identified as the main actors in the violence, saying they want proof of their arrest and prosecution.

They also applauded the Congolese armed forces, saying that the national situation “demands that our valiant soldiers have a high sense of patriotism, loyalty and sacrifice”, and expressed their gratitude to the soldiers who are committed to defending the country. and to pursue peace, even at the cost of their lives.

In a special appeal to political actors and members of the opposition, the Bishops said the situation was “serious” and that the defense of the nation “must not be left to the leaders alone.”

“At this crucial time, silence political differences and unite your efforts to be stronger against the enemy,” they said.