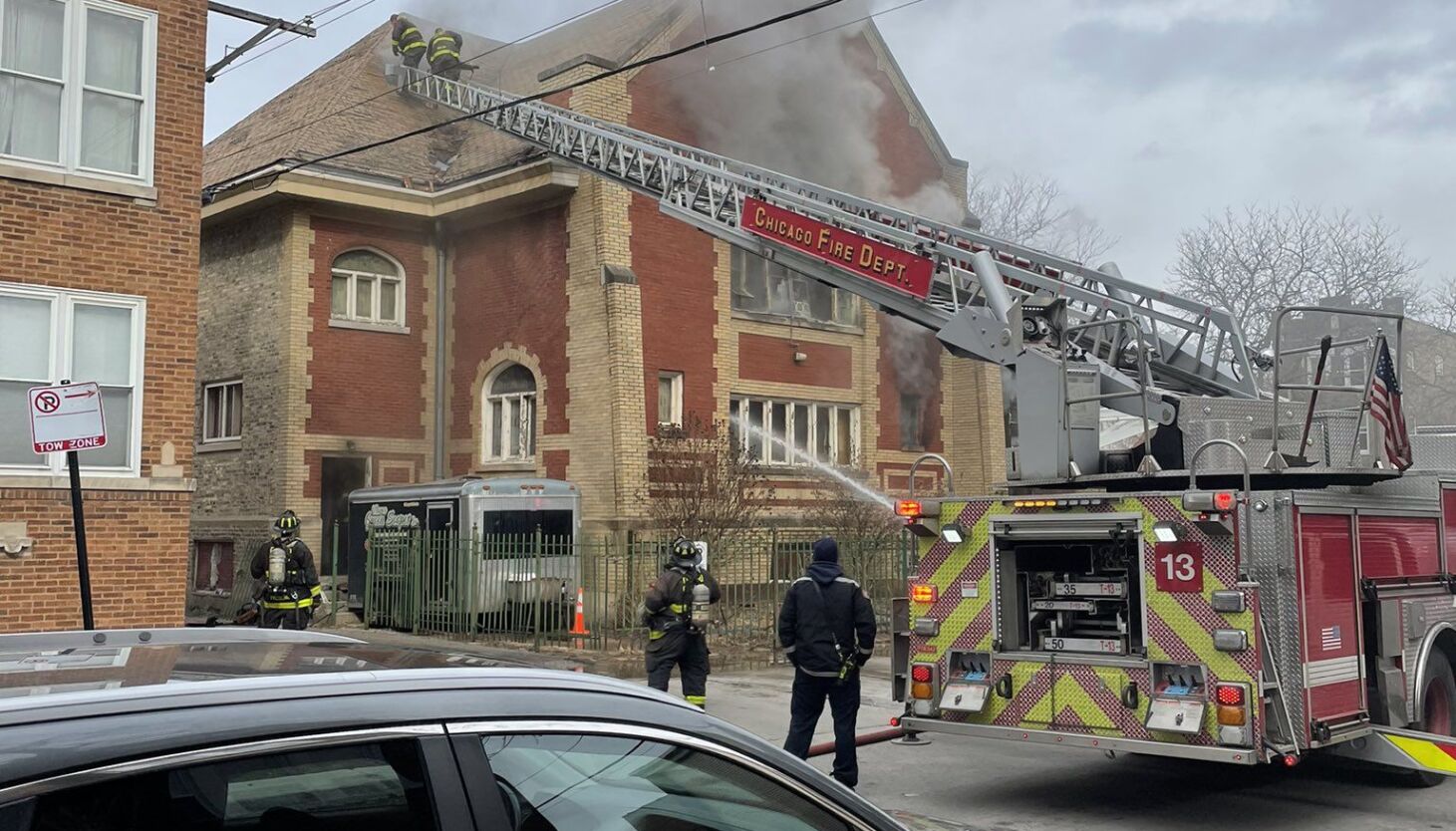 Chicago Fire Department investigators are investigating any possible connection between three fires in as many days in the Albany Park neighborhood.

The latest fire broke out at 1:30 p.m. Wednesday at the vacant House on the Rock church in the 4500 block of North Spaulding Avenue, firefighters said.

The fire was raised to a 2-11 alarm but was extinguished by 2:15 p.m., officials said. No injuries were reported.

The church was heavily damaged but remained structurally sound, fire department spokesman Larry Langford said. He said the building had been “unused for some time”, but neighbors said they had recently seen children going in and out of the building. The fire appeared to start in the basement and spread to the first floor, Langford said.

The building’s owner, Chicago Milal Church, applied for a demolition permit in June 2019 and February 2021 “but has not proceeded with obtaining an actual permit under those applications,” a doorman said. -word of the Chicago Department of Buildings.

The owner re-applied for a demolition permit in October and the ministry conducted a pre-demolition inspection in November.

Two other fires have occurred within blocks in the past week.

On Monday, the popular Twisted Hippo brewery was destroyed and an apartment building was engulfed in a massive fire in the 4300 block of North Richmond. Another fire broke out in the 3300 block of West Cullom Avenue on Tuesday, injuring a firefighter.

Langford said it was too early to tell if the fires were related. He said the department’s Office of Fire Investigations would investigate any possible links.

All Mexicans must work to build peace, say bishops