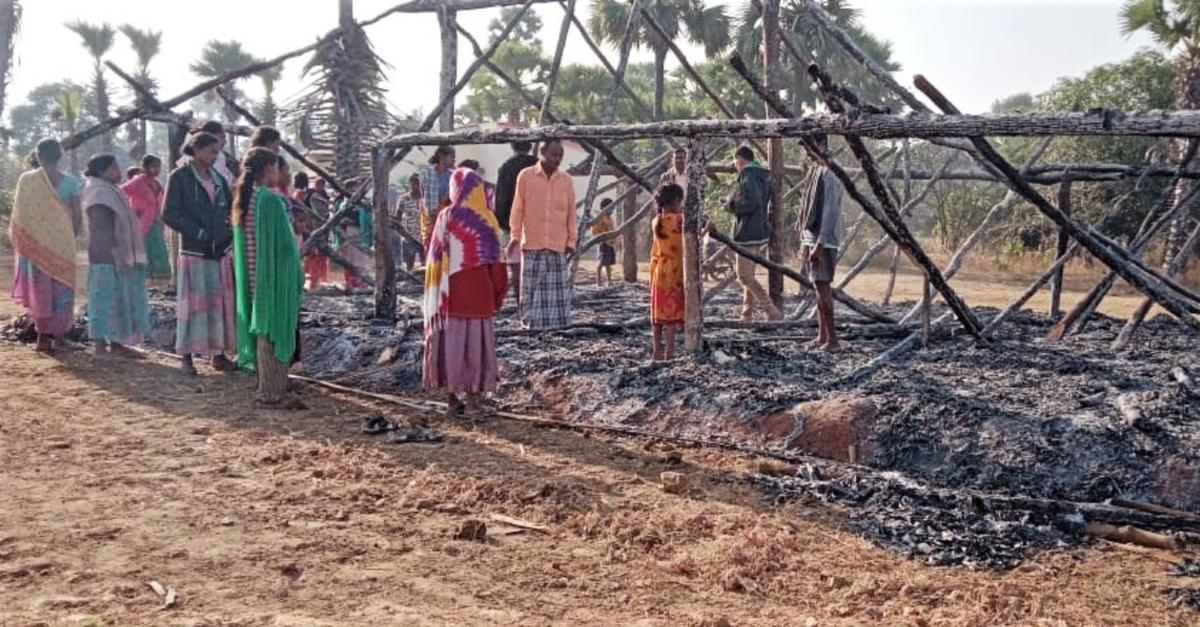 NEW DELHIMay 19, 2022 (Morning Star News) — After months of appeals to authorities in central India, Christians are still awaiting action against a police officer who allegedly set fire to a church building and threatened them with false charges. they continued to worship, sources mentioned.

In Kistaram village, Chhattisgarh state, Konta district, Deputy Inspector Bhavesh Shende on February 3 interrupted house church worship on the property of a tribal Christian, Kadti Gurva, told Christians not to gather for worship and threatened to accuse them of being communist “Naxalite rebels”, according to Gurva and another Christian.

“Shende said he does not like our prayers, and that we should stop praying with immediate effect, and if we do not obey, he will reserve us all under a false case of being Naxalites,” Gurva and Turram Kanna in their writing. complaint to the Chhattisgarh Christian Forum.

Shende, on the evening of February 4, summoned Kanna and Gurva to Kistaram police station and ordered them to burn down their church, they said.

“We refused to burn down the church,” they state in their complaint. “And when we refused to do anything like that, he insulted us in foul language and threatened to kill us. He said he would falsely charge us under Naxalite law and send us to jail.

Shende summoned them the next day and told them he had initiated the burning of their church structure, they said.

“He told us he had burned down our place of worship and warned us not to do such a thing again. [meeting for prayer/worship]otherwise he will arrest us and send us to jail,” their complaint states.

After numerous attempts by the Chhattisgarh Christian Forum to get authorities to deal with the complaint, in the last week of April, officials from Kistaram Police Station finally obtained statements against the policeman from the two Christians and witnesses. Although no action was reported, forum chairman Arun Pannalal remained hopeful.

Attempts by Morning Star News to reach Shende failed. While local leaders said he had been transferred to another station, at the time of writing Shende was still in charge of the Kistaram police station, according to an official at the Konta police control room. .

Fight to be heard

Pannalal and church leaders visited Chhattisgarh’s Chief Police Officer and submitted a memorandum on February 7 calling for an investigation and the dismissal of Shende for initiating the church fire. They submitted affidavits from Kanna and Gurva.

The team also filed a complaint with the Human Rights Commission.

“Our complaint to the Human Rights Commission has been registered and they have opened an investigation,” Pannalal said.

They also filed a complaint with the Minority Commission.

“Although they assured us to act, no investigation has yet been opened,” Pannalal said.

With Kistaram police now calling witnesses, on the orders of senior police officers, to record their statements, Pannalal said he was confident that action would be taken against Shende. Initially, Shende himself was to get their statements before the Chhattisgarh Christian Forum intervened again, which led to plans for other officers to handle the mission.

Before the construction of the place of worship in Kistaram in August 2021, the 90 people who attended the church traveled from areas up to 50 kilometers (31 miles) for services.

Extreme climates have often made it difficult for them to travel, said senior pastor Vuika Kannaiah.

“Traveling with young children and elderly in the family during the rainy season and extreme winter was a challenge for them,” Pastor Kannaiah told Morning Star News.

After the worship building burned down on February 5, the church rebuilt its building, with a groundbreaking ceremony on April 30.

Pannalal said that due to the radicalization of senior officials by extremist Hindus, it has been difficult to get justice.

“The government is hand in hand with the perpetrators of violence,” he said. “Chhattisgarh Police have also been saffronized [color symbolic of Hindu nationalism]. Since the government is not taking the necessary measures, they [perpetrators] are encouraged to persecute Christians.

Pannalal said there were dozens of cases where “the upper layer of officials” in Chhattisgarh state had become radicalized to obey the orders of Hindu extremists.

“If the fundamentalists attack us, we have nothing to complain about because they are misguided people – a criminal will commit his crime. This is not the part where we are bothered,” he said. “We are troubled where the law does not take its course. We are disturbed when the constitutional bodies like the police, the administration, the tax collector take no action against the perpetrators. This is the most worrying part of government today in Chhattisgarh.

The hostile tone of the National Democratic Alliance government, led by the Hindu nationalist party Bharatiya Janata, against non-Hindus has encouraged Hindu extremists in several parts of the country to attack Christians since Prime Minister Narendra Modi took power in May 2014, religious rights advocates say.

India ranked 10th on Christian support organization Open Doors’ 2022 global watchlist of countries where it is hardest to be a Christian, as it was in 2021. The country was 31st in 2013, but his position deteriorated after Modi came to power.