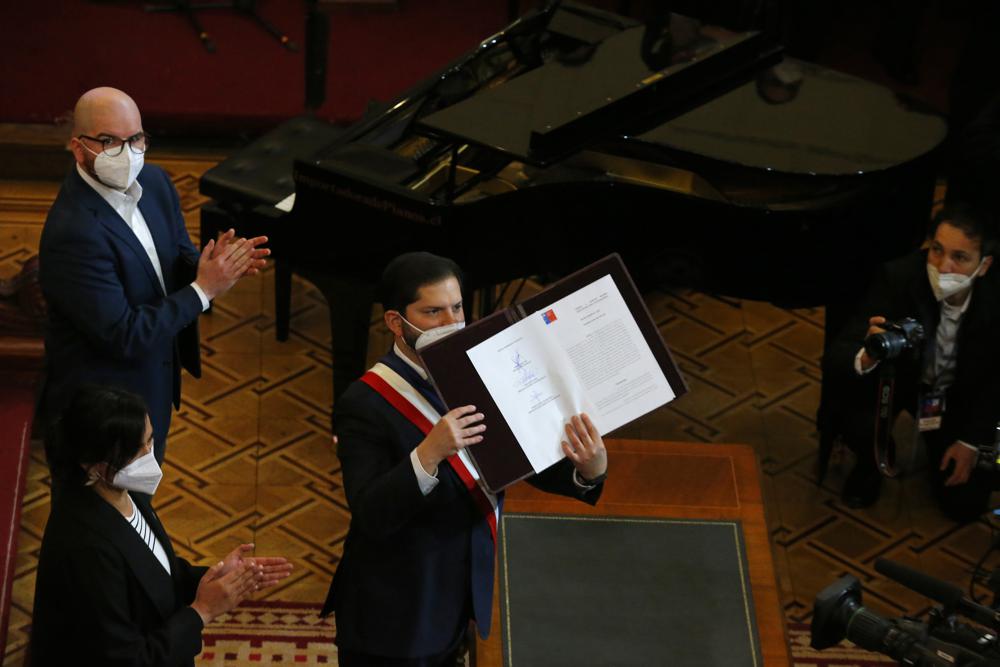 ROME — Ahead of September’s referendum on a new constitution, Catholic bishops in Chile hailed the document’s “commitment to the common good” but strenuously opposed liberalizing abortion and opening the door legalizing euthanasia.

“We appreciate the constitutional text in its proposal on social rights, the environment and the recognition of indigenous peoples,” the statement issued by the bishops on Friday reads.

“We make a negative assessment of the norms that allow the termination of pregnancy, those that leave open the possibility of euthanasia, those that disfigure the understanding of the family, those that restrict the freedom of parents on the education of their children. , and those that place certain limits on the right to education and religious freedom.

“We consider particularly serious the introduction of abortion, which the draft constitutional text calls ‘the right to voluntary termination of pregnancy'”, wrote the prelates.

After a hectic year-long drafting process, Chile’s proposed new constitution was submitted to President Gabriel Boric on July 4, bringing the country one step closer to abandoning the 17-year legacy of Augusto Pinochet’s dictatorship. In October 2020, 78% of voters supported a rewrite to be carried out by an elected assembly of delegates.

Many Chileans blame the current constitution – which follows a neoliberal model – for Chile’s record social inequality, among the highest in the world. The constitutional rewrite was approved by the government after mass protests in 2019 paralyzed the country, and although Boric was not yet in power at the time, he invested much of his political capital in the project.

The new constitution would be one of the longest in the world. Compared to the Pinochet-era document, it is broad and enshrines a host of social rights, including freedom of speech, abortion, clean air and water, and a state-funded national health service. .

However, initial reactions to the document were negative, among other reasons, as it would lead to the elimination of the Senate from the country’s current bicameral Congress.

“The public debate of recent weeks shows us that the proposed text has not aroused broad and transversal support,” the bishops wrote in their press release. “We are then faced with a choice between two strongly polarized positions, which makes the decision of each citizen complex.

But it is this tension that calls for “enlightened discernment and conscientious voting,” the bishops said, putting the common good of Chile first.

The prelates gathered throughout the week to reflect on the draft constitution and welcomed several aspects of the document, including “the commitment to guaranteeing a wide range of fundamental, human and social rights, such as education, work, decent housing, property, health and integral well-being, equality and non-discrimination, and security”, for all, including the indigenous people of the country.

“While these are statements that still have a long way to go, many of these rights demonstrate a commitment to the common good, especially with those who suffer the most,” they point out.

With regard to indigenous peoples, they point out that “from the social teaching of the Church, the recognition of the rights of these peoples is a value. So many times their aspirations, their lives and their cultures have not been taken into account by many Chileans; and, although a new sensibility towards them has developed over the past few decades, we are dragging along a historic injustice that has undermined them.

The bishops also voiced a series of objections to the initiative, including on issues related to abortion, expanding the concept of family and school education.

The document specifies that the rule which opens the door to abortion “excludes not only the participation of the father in this decision, but also the exercise of personal and institutional conscientious objection, an essential right in these moral matters where such fundamental principles are at stake”. , which directly affect the ethical, religious and moral outlook of many people,” they said.

Regarding the right to assisted suicide and euthanasia, the bishop wrote that it is “an ambiguous right, because it aims to solve a problem by deliberately ending a human life. There lies its dehumanizing character, because it encourages a throwaway culture and can further weaken the lives of people already weakened by the disease.

They also charge that the proposal “disfigures the nature of the family” in the article which indicates that “families in their various forms, expressions and modes of life, without restricting them to exclusively filial and consanguineous ties”.

In terms of education, they emphasize that “it seems very good to us to strengthen public education, but there is an obvious silence in the draft constitutional text with regard to subsidized private education, which also has a obvious public.