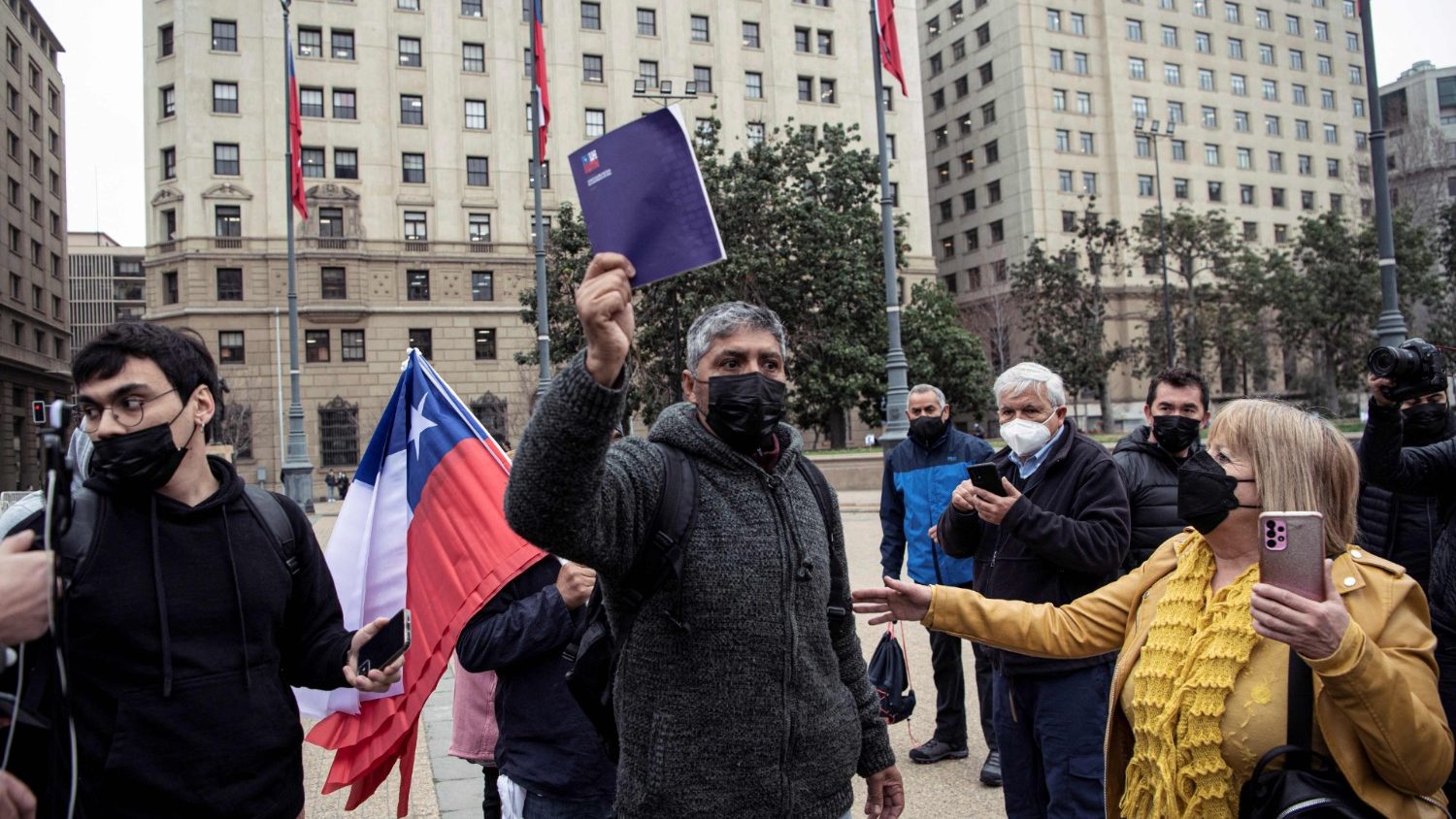 Chilean bishops call for unity ahead of constitutional plebiscite

As Chile prepares for a historic constitutional referendum on Sunday to replace Pinochet’s Constitution, the bishops call for a responsible and peaceful vote, amid growing polarization in the country

Chile will hold a referendum on September 4 on whether to accept a new constitution that would replace the charter imposed by the 1973-1990 military dictatorship of Augusto Pinochet.

The plebiscite comes two years after Chileans voted overwhelmingly to supplant the current constitution, following massive and violent protests that erupted across the Latin American nation in 2019-20 over income and social inequality.

The new charter, which was crafted by a constitutional convention elected last year and presented to the country’s Constitutional Assembly in early July, includes 388 articles focusing on social issues such as the environment, health care, education, housing and gender equality, and recognizes the rights of the indigenous peoples of Chile. Among other things, it sets out new rights, including the right to “adequate and dignified housing” and equal pay for equal work between men and women and the right to abortion.

The need for conscientious and conscious voting

As the country prepares for Sunday’s referendum, the Chilean bishops have urged citizens to vote “conscientiously” and responsibly, and peacefully accept the result, at a time when people seem increasingly divided on the proposed text and where opinions have become more polarized, amid growing disaffection for the new leftist government led by President Gabriel Boric.

“[These days ] are a moment of personal, family and community reflection, which must be centered on the future of Chile and on the need for the country to embark on paths that will make it possible to heal the wounds and repair the fractures of our national coexistence . ”

Polls at the start of the year indicated a clear majority intended to vote for, but polls since the spring have noted a significant change in opinion, with growing opposition to the text deemed too “ideological”. Among the most controversial issues is the introduction of the right to abortion.

In a statement issued this week, the Standing Committee of the Chilean Episcopal Conference (Cech) regrets that the process experienced in the past two years has not achieved the cohesion that many expected, noting that: “The political and ideological polarization has been very obvious”.

Faced with this reality, however, the prelates invite Chileans not to give in to despair, because, they say, Chile “has a vocation for peace and unity”, as its entire history shows.

The prelates therefore urge Chileans to continue to work for the good of their country through three attitudes. The first attitude is that of accepting the results of the referendum, whatever the outcome. Second, the bishops call on Chileans to refrain from violence:

“We ask everyone to condemn any expression (of violence) which, as we all know, ends up affecting the most needy and disadvantaged in society””

Call for dialogue and unity

Finally, they urge all citizens to continue walking as a nation: “This requires renewed generosity and a capacity for dialogue, which is why we invite everyone, especially those in public and political office, to broaden their gaze and reflect together on what can lead them “towards a more just, fraternal, less unequal and friendly Chile giving better chances to all its inhabitants”.

In conclusion, the Chilean bishops “appeal to the ethical and religious sense” of the vast majority of Chileans, and invite citizens to “end violence in all its forms” and to be “builders of unity and peace “”

“Faith in God is a heritage of our country, which has always been a source of unity and solidarity. Love for God, for our neighbor and for our homeland are the forces that must lead us on paths that build social peace and leave behind tensions and conflicts, which deteriorate coexistence and democracy, to pave the way to harmony, prosperity and unity”.

The reservations of the bishops on the proposed text

The Chilean bishops reviewed the draft Constitution at their 126th General Assembly July 18-22 in light of the Church’s social teachings. At the end of the meeting, they issued guidelines on the upcoming plebiscite “to enlighten the cosciences” especially “of those who profess the Christian faith”.

The issue of abortion

The bishops expressed their appreciation for the changes concerning social rights, the environment and the rights of indigenous peoples, but criticized the provisions on abortion, those opening up to euthanasia and all the provisions redefining the traditional concept of family , restricting the rights of parents to educate their children in accordance with their beliefs and values ​​and religious freedom.