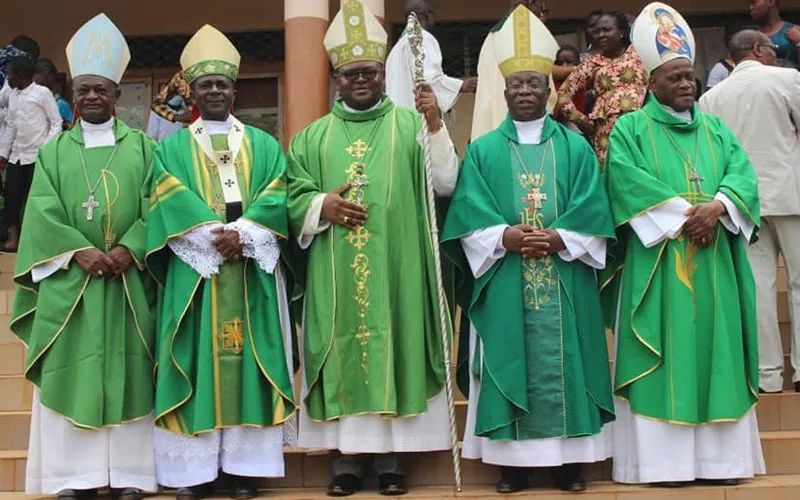 They urge the government to “intensify awareness of the harmful effects of drug abuse and violence, and also strengthen enforcement of measures to prevent the sale, circulation and use of illegal drugs.”

“All distribution units should be identified and closed,” say BAPEC members.

Describing parents as “the first and principal educators of their children”, the Catholic Bishops invite them to become “more vigilant and to accompany their children on the path of their growth and the development of their personality”.

“This necessarily requires an effective presence in the lives of their families and close collaboration with schools,” BAPEC members say in their 13-point statement shared with ACI Africa.

“Young people should reject any incitement to these harmful practices and heed the call to become evangelizers to their peers. No one can do it better than them,” Catholic Church leaders say.

They call on those involved in youth ministry in the Catholic dioceses of their province to “intensify catechesis and youth ministry.”

The Catholic Bishops deplore the protracted conflict in the English-speaking parts of the country, including “the pitiful and distressing cries of anguish”, which they say they hear every day following “banditry, kidnapping, assassination, lynching, robbery armed and reckless use of force by certain armed groups and certain security agencies”.

“These despicable acts are a violation of the Commandments of God: Thou shalt not steal; You shall not kill,” BAPEC members said in the August 21 statement.

They emphasize the dignity of the human person created in the image and likeness of God, as well as the sanctity and inviolability of human life, and reiterate their “call for dialogue and their condemnation of violent methods of conflict resolution, because violence begets violence”.