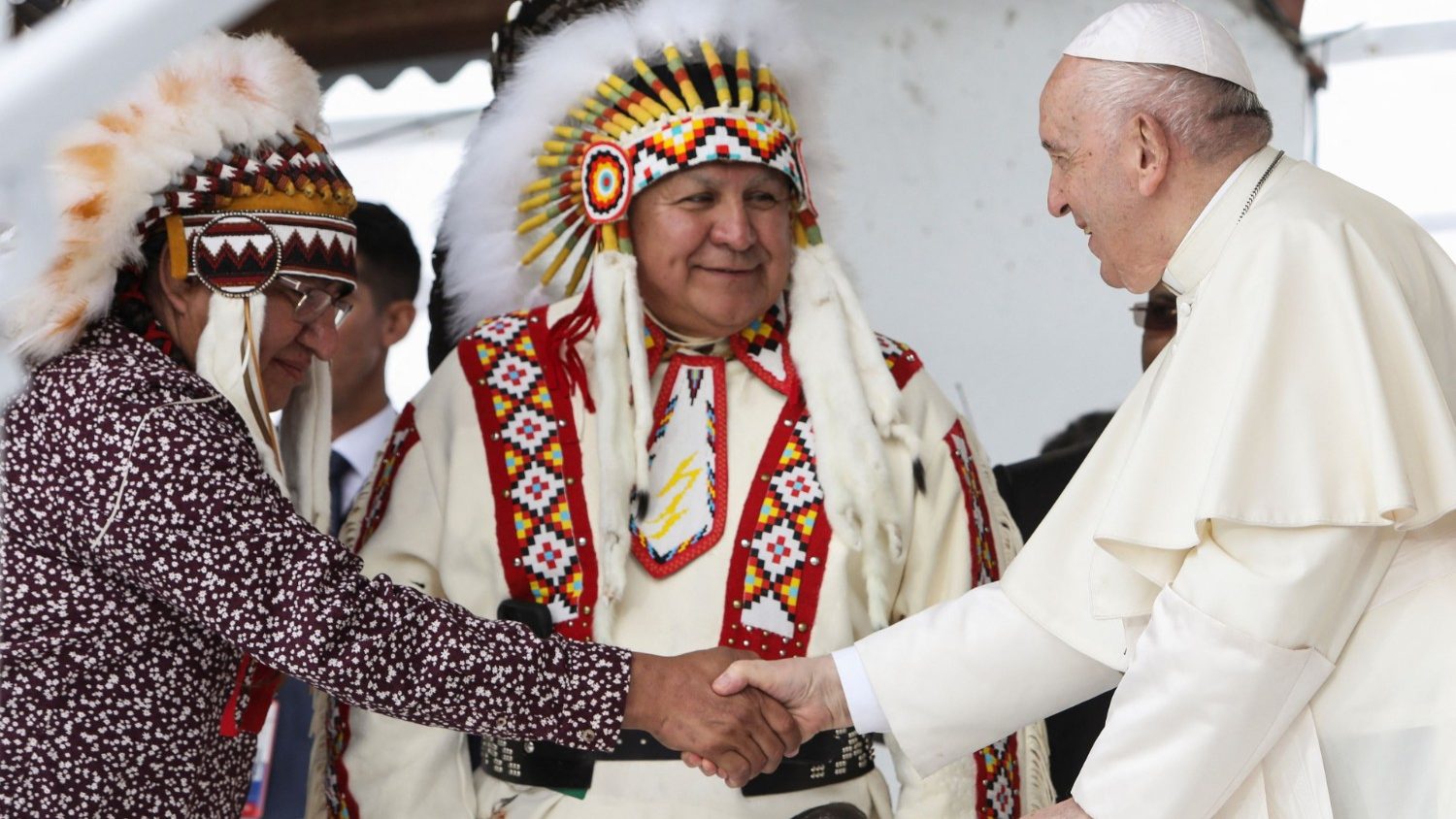 Opening its annual plenary assembly in Cornwall on Monday, the Canadian Conference of Catholic Bishops (CCCB) is releasing a letter from the bishops thanking Pope Francis for his recent penitential pilgrimage to Canada.

The bishops of Canada gathered in Cornwall, Ontario, for their plenary assembly this week, have written a letter to Pope Francis to thank him “wholeheartedly” for his recent apostolic visit to their country.

The Pope traveled to Canada for a “penitential pilgrimage” of healing and reconciliation with Indigenous peoples, July 24-30. The visit follows meetings he held at the Vatican at the end of March this year with First Nations, Métis and Inuit representatives sharing their stories of pain and trauma experienced by former students of the residential schools and their descendants.

During his visit, Pope Francis met with First Nations, Métis and Inuit communities and several residential school survivors and apologized profusely for the “catastrophic” policies of forced assimilation carried out by the Canadian government through the through the residential school system, resulting in the oppression of generations. indigenous children.

A deep and lasting mark on Canada

In their letter released Monday at the opening of the Assembly, the Canadian bishops note that the pope’s penitential pilgrimage has left “a deep and lasting mark on Canada, Indigenous peoples and the local and universal Church.”

“As Successor of Peter and Vicar of Christ, your presence among us, together with your words of healing, reconciliation and humanity, have helped us all take significant steps forward as we walk together towards a future more promising.”

They further emphasize that the apostolic visit has reinforced their common determination “to spare no effort” to strengthen their relationship with the indigenous peoples of Canada “through mutual respect, greater trust and sincere friendship”.

Discerning the steps forward on the path of healing and reconciliation

The Canadian Conference of Bishops’ (CCCB) General Assembly, which runs September 26-29 and is being held for the first time in person since 2019, will focus primarily on discussing and discerning next steps on the path of healing and reconciliation, inspired both by the apostolic visit of the Pope, as well as by the serious dialogue they have sought to establish with indigenous peoples over the past five years.

The CCCB has strengthened this dialogue through the work of the expanded Canadian Catholic Native Council and the Bishops’ Task Force on the Coordination of Pastoral Initiatives for Indigenous Peoples, as well as through the CCCB’s membership in the Cercle Notre-Dame de Guadalupe. The latter is a Catholic coalition of Indigenous peoples, bishops, lay movements, clergy and institutes of consecrated life, committed to the renewal and promotion of relations between the Catholic Church and the Indigenous peoples of Canada. .

An important step in this reconciliation process was the official statement of apology to Indigenous communities, issued in September 2021, for the apology for the role of the Catholic Church in the operation of many residential schools, and the subsequent commitment to $30 million to support healing and reconciliation initiatives, following national outcry over the discovery of 215 children’s mass graves at the site of the former Indian residential school in Kamloops, British Columbia

Other items on the agenda of the Meeting

In addition to Indigenous healing and reconciliation, Canadian Bishops Bishops of Canada will discuss the 2021-2023 synod on synodality. Earlier this month, the CCCB published a national synthesis summarizing the main themes proposed by Catholics in Western Canada, Ontario, Quebec and the Atlantic regions. This work will help inform a continental report and subsequent discussions at the Vatican in 2023.

Other topics on the agenda include measures adopted against clergy sexual abuse and for child protection, liturgy, catechesis and evangelization.