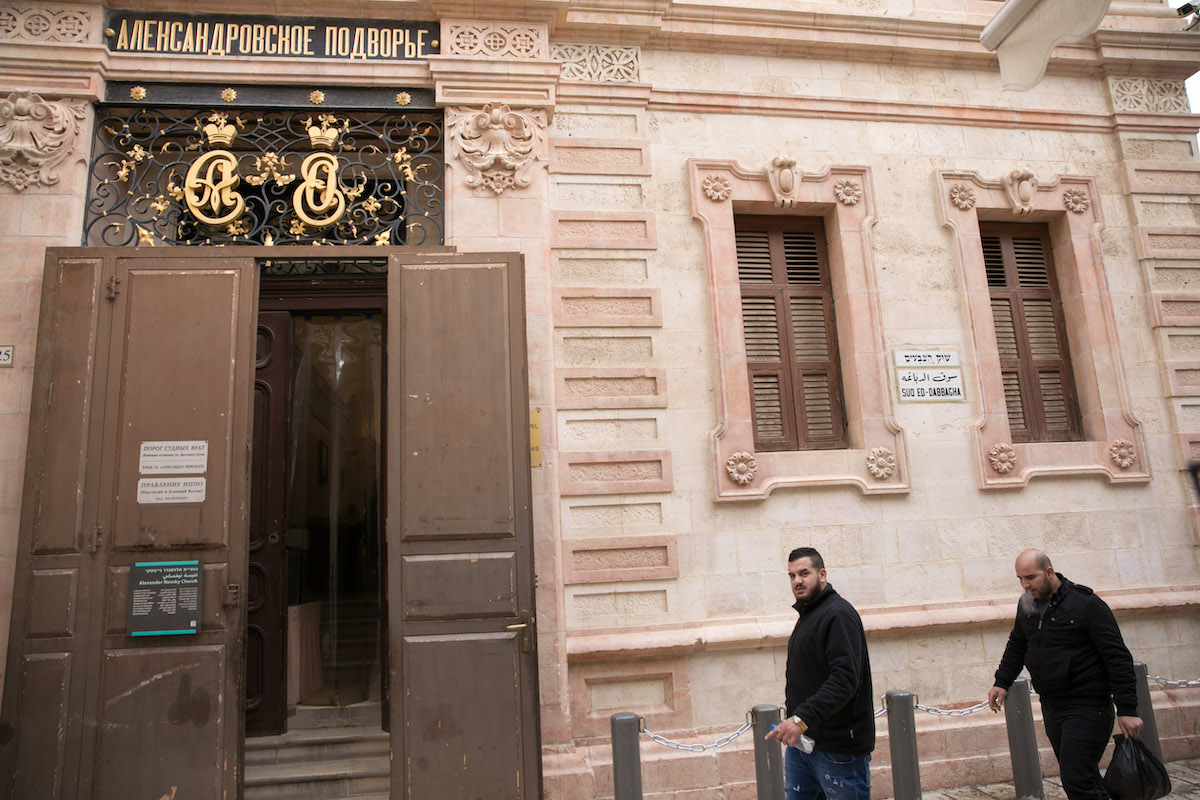 Can a Church Building in Jerusalem Solve the Worsening Jewish Agency Crisis in Russia?

Israeli President Isaac Herzog spoke with Russian President Vladimir Putin on Tuesday amid strained relations between the two countries over a crisis related to Jewish Agency activities in Russia.

The phone call between the two presidents was “frank and honest,” Herzog’s office said in a statement.

“The presidents discussed bilateral Israeli-Russian relations, including the challenges of the Jewish people in the Diaspora. In this context, President Herzog developed the issue of Jewish Agency activities in Russia,” the appeal read.

Last month, the Russian Justice Ministry ordered the Jewish Agency to end its operations in Russia. The agency is the main organization that organizes aliyah, Jewish immigration to Israel. Moscow alleged that the agency violated Russian law by collecting information on Russian citizens and transferring the data. The next court hearing is scheduled for August 19.

Herzog initiated the phone call with Putin at the request of Israeli Prime Minister Yair Lapid and in coordination with the Israeli Foreign Ministry.

Herzog, who served as chairman of the Jewish Agency before becoming president, leads Israel’s diplomacy vis-à-vis Russia, while the prime minister appears to be in the background.

In his previous role as foreign minister, under former prime minister Natali Bennett, Lapid was outspoken in his criticism of Russia’s actions in Ukraine, becoming the first Israeli lawmaker to call them “war crimes.” Lapid also lobbied to organize a vote to condemn Russia at the United Nations.

While Herzog and Putin “agreed to stay in touch,” statements from their offices did not specify how they are trying to mitigate the crisis going forward. However, according to Israeli media, Russia presented Israel with a clear demand for the restoration of its government’s property rights over the St. Alexander Nevsky Church in Jerusalem.

Prior to the church’s promise to Putin by former Israeli Prime Minister Benjamin Netanyahu in 2019 – in exchange for the release of Israeli citizen Naama Issachar, then 29, from a Moscow prison – the church was owned at the Orthodox Palestine Society of the Holy Land. (OPS).

PAHO has appealed against the relegation of the property to Russia, and an Israeli court recently ruled that the decision rests with the Israeli government.