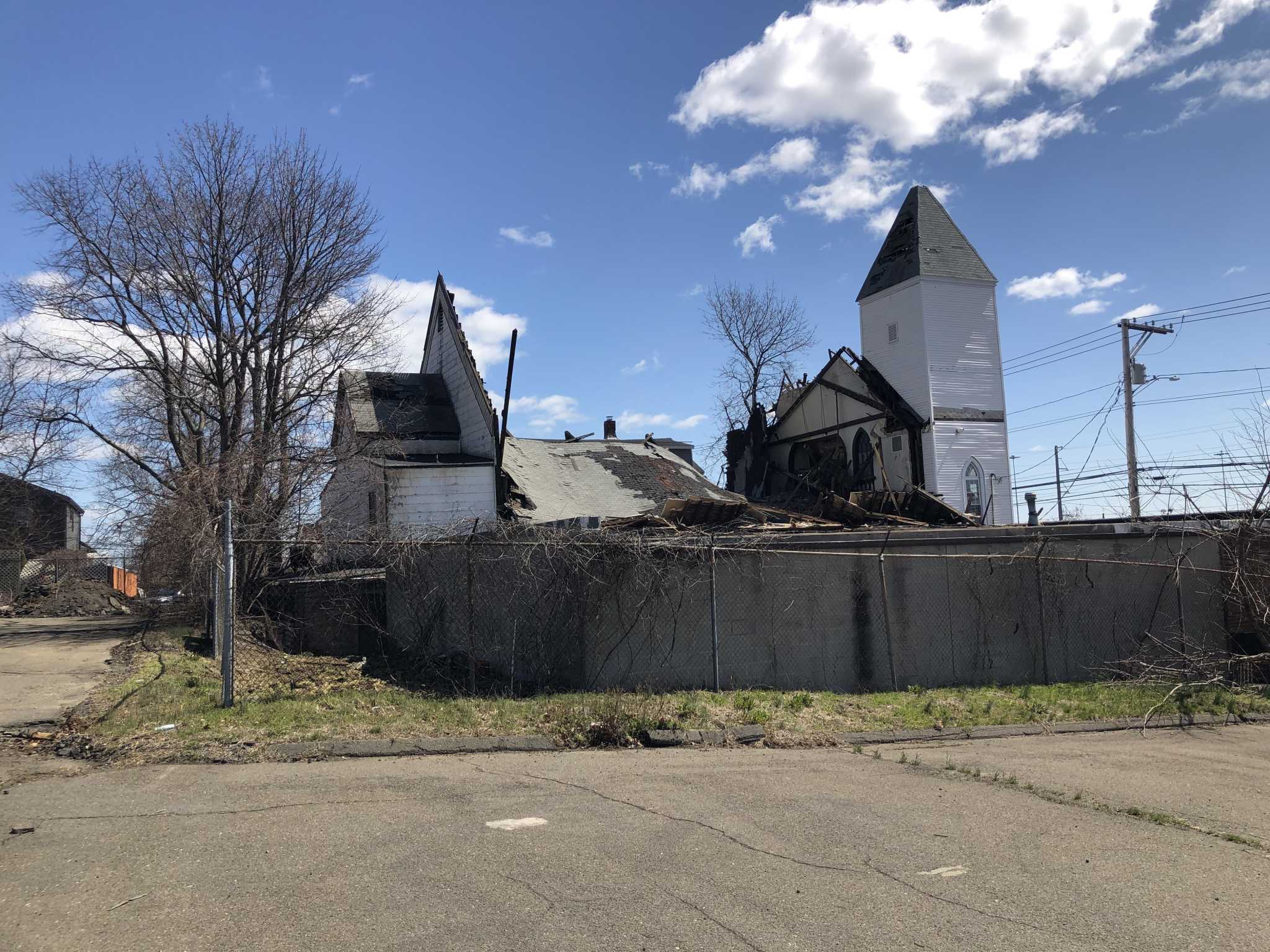 City officials worked this week to issue a demolition permit to a contractor to demolish the former True Holy Pentecostal Church at 1241 Barnum Avenue after the initial collapse, during which the building’s roof collapsed but left most of its exterior walls intact.

Then, around 10:15 p.m. Thursday, “more of the structure collapsed,” Bridgeport Emergency Management Director Scott Appleby said in an email. “It actually caused a power outage in seven houses near the church.”

Debris of what was once the facade and upper floors of the building appeared to have crumbled onto the sidewalk and the street itself in front of the structure.

Electrical service to the affected homes was restored quickly, Appleby said, adding the city hopes to move forward with demolition on Friday, if possible.

Barnum Avenue has remained closed all week in front of the building, which is one block from Bridgeport Hospital, between Central and Mill Hill avenues.

The closure has been a headache for nearby businesses like Wade’s Dairy, which has been based about 400 feet on Barnum Avenue since the 1990s.

“It’s causing us a lot of grief because we can’t get our semis through,” Douglas Wade, owner and CEO of the dairy, said Friday afternoon.

The company is managing, he said, hoping the road will be clear again by Monday.

“We dealt with it,” Wade said. “It could be worse. We are happy that no one was injured there.

The church, which once housed a thriving parish of Armenian immigrants fleeing genocide in Europe, has been vacant for years.

In 2016, the city’s water pollution control authority seized the property for unpaid sewer user fees, but scheduled auctions for the property were repeatedly delayed, according to court records. .

A message left with the lawyer in charge of the seizure was not returned.

Howard Ignal, an attorney who represented the church in the foreclosure case, said Thursday he had not been in contact with his client in years and was unaware of any developments. recent.

The 0.18-acre property was last sold in 2011, when the Pentecostal Church purchased it for $480,000 from Calvary St. George’s Episcopal Church, according to a deed filed as part of a valuation in the foreclosure case.

The property’s most recent owners could not be reached for comment this week.