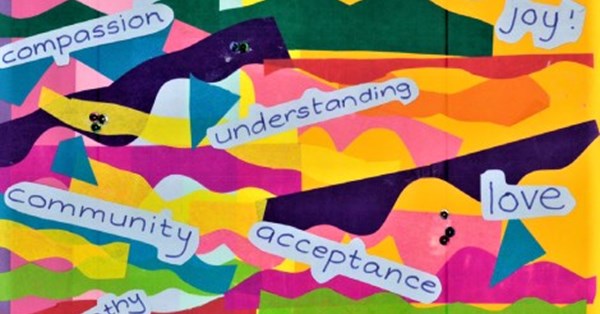 The Church of England has released three new documents on the Living with Love and Faith (LLF) process and the experiences of those who have engaged in it.

The comments show that most people who participated in the focus groups afterwards believe the House of Bishops must be “bold, courageous, clear and honest” in its decision-making on sexuality – and must act quickly to put end to uncertainty and division.

However, respondents’ opinions are not presented in a quantifiable way. The House of Bishops, therefore, has not been given clear guidance as to whether to favor a conservative or a liberal interpretation of Church teaching on sexuality.

A new 94-page report Listen with Love and Faith collects around 6,400 responses collected from those who have engaged in the course, which has been running, with Covid interruptions, since 2020 (News, November 13, 2020). The course was designed as an attempt to circumvent customary divisions on same-sex relationships and gender issues by returning to first principles. Participants were invited to share their own ideas and thoughts through quizzes, focus groups, and even creative expressions such as artwork and prayers.

A more complete 154 pages “technical reportdetails the feedback received in more detail. It also presents the responses sent in by people who did not participate in the course or who did not complete a questionnaire but still submitted their comments.

Finally, there is a reflection essay with the title Friendship and the Body of Christ, written with the Faith and Order Commission and presented as “a resource for reflection and conversation.” It is an attempt to address the tension in the call to be “friends of Jesus” when Christians find themselves at odds with other of his friends.

The reports come at the start of the fourth and final stage of the LLF process, “discernment and decision-making,” which follows the previous phases of creating teaching and learning resources; to learn together; and listening and gathering.

The authors of Listen with Love and Faith express gratitude for people’s willingness to participate. “It took time, effort and remarkable courage: learning about and discussing such deeply personal topics as identity, sexuality, relationships and marriage involves taking the risk of making yourself vulnerable,” they write.

“It involved starting conversations that perhaps had never happened before in church communities. This involved discovering different perspectives, lived experiences and disagreements within church communities. Some of the answers in this booklet testify to the pain, anger, fear and sadness that the engagement may have caused. However, as these pages show, the reward of meeting in the presence of Christ can be – and often has been – the joy of forming deeper relationships with each other and with God, even beyond differences.

Listen with Love and Faith aims to reflect “as faithfully, impartially and accurately as possible” a nuanced picture of the participants’ reported experience. The report is interspersed with stories from independently submitted submissions.

LLFCollage created while participating in a group chat

Participants reported a range of responses. Some thought that engagement with LLF was important for perceptions of the Church, from the perspective of both the faithful and the general public. Some felt that the Church’s engagement on issues of diversity and inclusivity was crucial in attracting a younger generation to the faith.

Many expressed the hope that the LLF process would help church members become more open to the perspectives of others, and that diversity of opinion would be respectfully acknowledged as an outcome. Other contributors, however, feared that LLF would lead to division.

There were differing opinions on same-sex marriage. Most of the comments on this topic express the hope that the LLF course can contribute to “the acceptance of same-sex marriage” or the “blessing of homosexual couples”. This was also brought up in the group discussions. “I hope the Church will make changes to its rules, including celebrating same-sex marriages and allowing priests and other LGBTI+ ministers to live openly,” one attendee said.

But a smaller number presented the opposite view, speaking out against any change in doctrine. Comments included, “I hope the National Church will take a firm resolution to confirm the current situation. I also hope that there will be no change in the form of marriage or the blessing of same-sex relationships or the weakening of responsibility so that individual ministers can accept something in their church.

The report concludes that, while some people felt “encouraged and hopeful” about the Church following the process, “many felt that LLF saw the Church of England avoid making a statement clear on issues of sexual and gender diversity – trying to ‘take his cake and eat it’, or simply ‘put the problem in the tall grass’.

For some respondents, the course increased their impatience for the Church to act and galvanized them to make changes.

Focus group participants were asked what message they would convey to the bishops. The report said that while the majority of those polled understood that the House of Bishops had a difficult task, “a decision to move forward” needed to be made.

“Most focus group participants suggested that decisions made by the House of Bishops should be bold, courageous, clear and honest,” the report said. “While some strongly advocated for change and others for maintaining the Church’s position on issues of sexuality, all agreed that it is vital to come to a clear decision quickly.”

Many opinions cited in the report contradict each other. On the need for a clear decision on same-sex marriage, the report quotes:

“My message would be the same – ONE VIEW for the whole Church. We may not all agree with this, but you would know what is expected.

“I hope and pray that God will use LLF to keep the C of E together. The schism would be an offense to God and a hammer blow to our mission.

“I hope this will not lead to the sanctioning of same-sex marriage. I believe a move like this would divide the Church.

“I pray for change to come soon – even if it means a schism.”

“I hope most people will come to accept that there is more than one valid point of view and see others as Christians as valid as they are.”