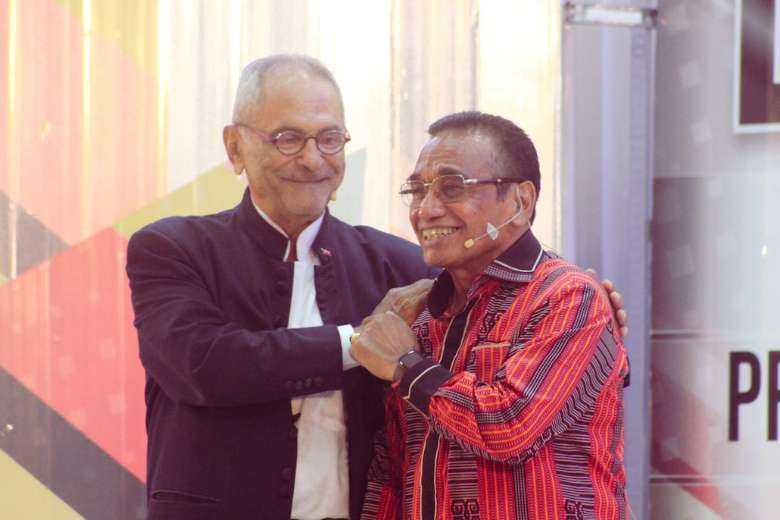 Bishops urge Timorese to do their democratic duty

The Timorese Bishops’ Conference (TEC) called on voters to participate in the April 19 presidential run-off as part of a moral and religious obligation and asked both candidates to graciously accept the election results.

Speaking at a press conference April 18 at the offices of the CET, Father Domingos Soares Maubere, Director of Education and Citizenship Programs of the CET, said that all citizens should participate in elections and vote according to their consciousness.

“We ask all Catholics and citizens in general to heed the invitation of these bishops. Tomorrow, we will vote with conscience within the framework of our moral rights and obligations and our faith before God and towards this nation,” the priest said.

More than 800,000 voters will vote in an election that brings together former President José Ramos-Horta of the National Congress for Timorese Reconstruction (CNRT) and incumbent President Francisco “Lu-Olo” Guterres of the Revolutionary Front for a Timor-Leste independent (Fretilin) ​​.

Fr. Maubere said the Church teaches Catholics to be involved in politics, to be jointly involved in nation-building and state-building in all aspects, including the selection of government officials.

“Everyone has the right and the duty to contribute freely by voting to advance the good of all,” he said.

“In a competition like this, we always have to be ready to win and lose. It will show how big our hearts are.”

He said participating in the elections was also part of an effort to respect the freedom fighters of Timor-Leste.

He urged the National Electoral Commission (CNE) to ensure a transparent and fair ballot “so that everyone can participate in the election as a celebration of democracy”.

The priest also asked the candidates to be ready to accept the results of the elections “with great heart”.

“In a competition like this, we always have to be ready to win and lose. It will show how big our hearts are,” he said.

The election in the country of 1.3 million people went to the second round after Nobel Peace Prize laureate Ramos-Horta led the first round on March 19 – contested by 16 candidates, including a former Catholic priest – with 46.56% of the vote. He failed to reach the 50% plus one needed to seal an immediate victory. Guterres mustered 22.11%.

The electoral campaign started on April 2 but ended on April 13 instead of April 16 after the CNE accepted the request of the CET to avoid a conflict with Holy Week.