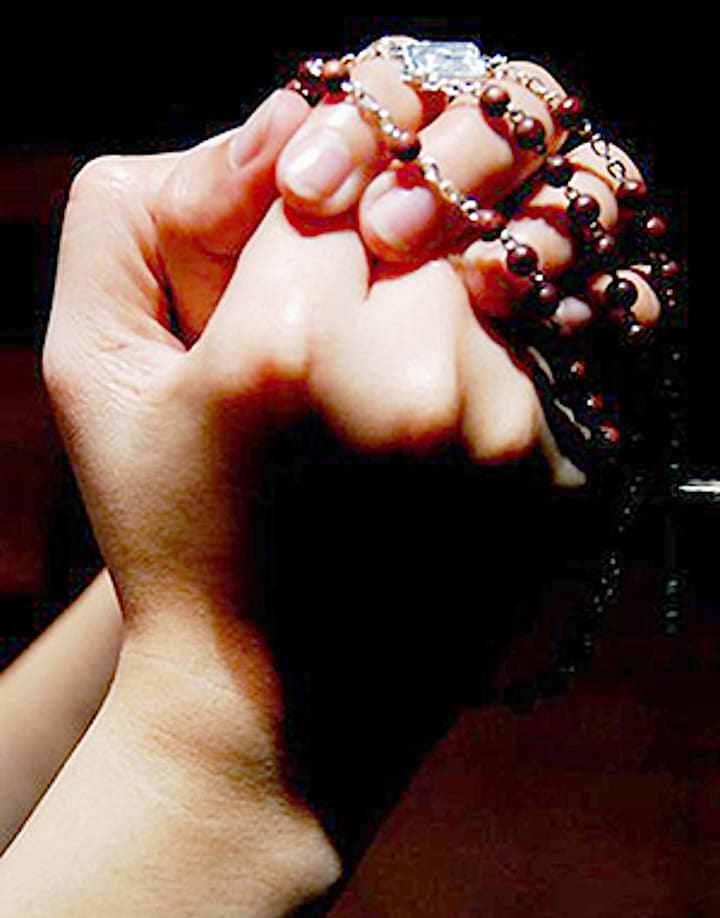 Bishops to Catholics: Pray the Rosary Until Election Day

The bishops of the ecclesiastical province of Manila have enjoined Catholics to unite spiritually in praying the Rosary in view of the May 9 elections.

In a pastoral statement, they invited the faithful to recite the Marian prayer in families and communities from April 30, feast of Saint Pope Pius V, to May 9, election day.

With God, the Bishops said, there is nothing to fear despite the enemy’s “disheartening use of fake news, trolls and distorted history”.

“Let us once again turn to our Blessed Mother and ask for her intercession to help us vote for what God desires for us,” reads part of the letter signed by Cardinal José Advincula, Archbishop of Manila. .

The bishops then encouraged the electorate to vote for candidates who will promote the common good, especially the poor and marginalized.

They also called for prayers for the Electoral Commission so that it can fulfill its mission to conduct an efficient, fair and honest election.

A church labor organization has called on voters to consider candidates’ work schedules as one of the main factors in deciding who to vote for.

Church People-Workers Solidarity (CWS) said it is important for the public to know about candidates’ work plans, especially those seeking national positions.

“Voters must consider candidates who prioritize and advance the Labor agenda,” its president, Bishop Gerardo Alminaza, said in his Labor Day message this year.

The San Carlos Prelate also called on the country’s future leaders to stand firm in their promise to protect workers’ rights.

He lamented, for example, how the practice of contracting remains endemic across the country despite the bold promises of candidates in the last elections to abolish it.

“They must immediately remove anti-labor laws that perpetuate oppression and exploitation and craft more laws that promote and protect the rights and dignity of workers,” Alminaza said.

The organization assured that it would continue to link arms and stand in solidarity with workers and other marginalized sectors of society.

“We will continue to remain vigilant, especially after the election period, demanding pro-worker policies,” the Bishop added.

“We hope and pray that our future leaders will bring real societal change; the one that would benefit our brothers and sisters in society the least,” he also said.

International Labor Day, May 1, is a public holiday in many countries like the Philippines.

The CWS said the country will celebrate this year’s Labor Day amid “worsening socio-economic and political crises”.

He said workers have barely recovered from the economic impact of the Covid-19 pandemic where millions of Filipinos lost their jobs.

The Philippine Statistics Authority reported an unemployment rate of 6.4% in February, which roughly translates to around 3 million Filipinos out of work. CBCP News