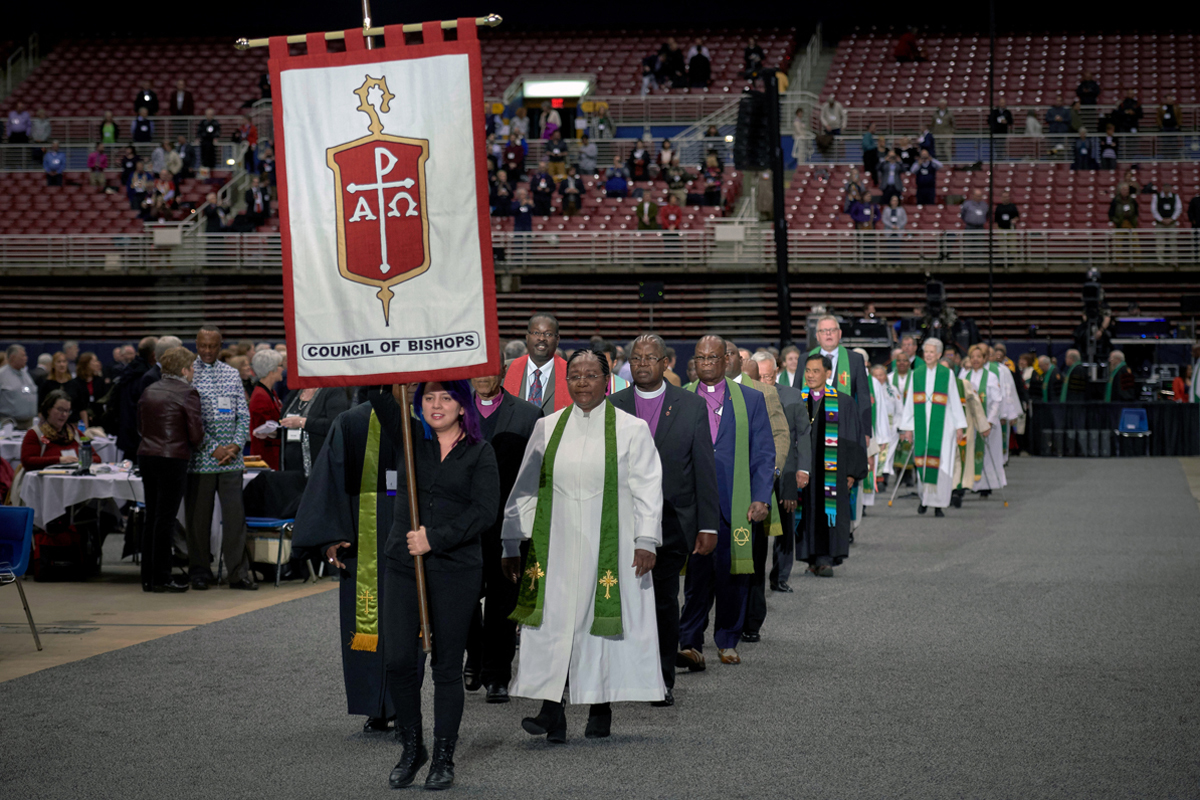 Meanwhile, the bishops also express their commitment to ensuring that The United Methodist Church is a denomination where people across the theological spectrum — traditionalists, moderates, progressives as well as people who reject those labels — all feel at home. they.

“I strongly believe that a future UMC needs traditional Orthodox members as well as progressive members and everyone else,” Bishop David Graves said. in an email to the Alabama-West Florida conference. “A church cannot effectively reach the least, the lost, and the lonely if it is of one mind on all issues.”

Graves, who also leads the South Georgia Conference, and other bishops are speaking out in statements, videos and town hall meetings through their conferences as a growing number of congregations and clergy question s ‘they must stay in the United Methodist community or go.

The bishops share a common message: as churches prayerfully discern where God is calling them, they need accurate information.

The church tribunal has an impact

As the bishops convened in August, the United Methodist Church’s highest court issued a landmark decision that could have implications for lawsuits involving church property in U.S. civil courts.

In Decision 1449, the Judicial Council excluded paragraph 2548.2 of the Book of Discipline as a route of disaffiliation for congregations. Instead, the church court pointed to another disciplinary provision – Paragraph 2553 – as a way for congregations to leave with members and goods.

The 2019 Special General Conference — the same assembly that reinforced the denomination’s prohibitions on same-sex marriage and the ordination of unmarried homosexuals — enacted ¶2553 for the express purpose of “disaffiliation from local churches on matters related to human sexuality.

However, the bishops say, that’s not always what churches get from some recruitment for the World Methodist Church, a new traditionalist denomination organized by the Wesleyan Covenant Association that began operations in May.

“These actions, my friends, harm The United Methodist Church, your individual church, the United Methodist witness and, frankly, the witness of Christians around the world,” said Louisiana Conference Bishop Cynthia Fierro Harvey in a video shared with the conference. She is the outgoing president of the Council of Bishops.

Specifically, she and other bishops denounce any claim that United Methodists will abandon fundamental Christian doctrines such as the Holy Trinity, the bodily resurrection of Christ and the primacy of the Bible. These doctrines are found in the denomination religious items and confession of faithand as Harvey says, they form “the cornerstone of our faith.”

Harvey also said it is “100% false” that traditionalist United Methodists will no longer have a home in the denomination. “The contributions of traditionalists are part of our rich history and will continue to shape our future history,” she said.

Tracy C. Malone, bishop of the Eastern Ohio Conference, in his own videosaid some members of the Wesleyan Covenant Association were among those spreading misinformation.

“I encourage you to exercise extreme caution in obtaining information from the WCA and attending any of their recruiting meetings,” she said.

Malone, who is the president-elect of the Council of Bishops, added that it is especially important now “that we each commit ourselves to living John Wesley’s rule of life: do no harm, do good, and stay in love with God”.

Reverend Jay Therrell, president of the Wesleyan Covenant Association who is now a World Methodist Church elder, told UM News he does not know of anyone in the leadership of the WCA or the new denomination who declared the standards. doctrines of The United Methodist Church. have changed or will change.

“Having said that, I find the UMC doctrinal standards to be like seat belts. You have to use them for them to work,” he said. ‘United Methodist Church of senior leaders who choose to violate the Book of Discipline’, the denomination’s law book.

The United Methodist Church is experiencing a split after decades of intensified debate, not over the basic Christian principles found in the creed of the apostles but about the status of LGBTQ people in church life.

Things came to a head at the 2019 General Conference. That year, the denomination’s highest legislature, by a vote of 438 to 384, strengthened enforcement mechanisms for the Discipline’s prohibitions against same-sex marriages and “self-proclaimed practicing” homosexual clergy. But instead of resolving the debate, the tougher bans on churches have seen an increased challenge.

Frustrated by the lack of enforcement of LGBTQ-related restrictions in several conferences and the continued denominational struggle, many traditionalist leaders felt that splitting from The United Methodist Church would be the best course of action. The May 2020 General Conference was set to vote on a denominational separation plan that would allow traditionalist churches to leave with church property and United Methodist funds to form their own denomination.

But earlier this year, the commission planning General Conference — citing long waits for U.S. visas due to COVID-19 — postponed the assembly a third time to 2024. Organizers from the Wesleyan Covenant Association of the new traditionalist denomination went ahead and launched the World Methodist Church.

Since then, the Wesleyan Covenant Association and other like-minded advocacy groups have attempted to recruit United Methodist churches into the new denomination.

A United Methodist News review of annual conference reports from the United States showed about 680 church disaffiliations since 2019 — a fraction of the more than 30,000 United Methodist churches in the United States. More are in various stages to achieve this. The General Finance and Administration Council started reporting disaffiliations but the agency’s tally of 385 lags the UM News data because of the way the information is collected.

Not all disaffiliated churches join the World Methodist Church. Some chose to become independent or join another denomination of the Methodist movement. But the new denomination reports that she is off to a good start.

He urged the churches escrow or withhold distributions – shares of giving this supportive ministry beyond the local church – annual conferences, he argued, make it too difficult for churches to disaffiliate.

Therell also called on voters file complaints against bishops and other conference leadersthey believe they violate the denomination’s prohibitions on same-sex marriages and “self-proclaimed practicing” gay clergy. A number of bishops have agreed to put homosexuality-related complaints on hold while the denomination’s transition unfolds.

New York Conference Bishop Thomas J. Bickerton, the current president of the Council of Bishops, began pushing back against the tactics of the Wesleyan Covenant Association during the bishops’ online meeting in August. He denounced “a constant barrage of negative rhetoric filled with lies and inaccuracies”.

Since their August meeting, other bishops have released their own statements. In addition to Graves, Harvey and Malone, others have spoken, including the bishops Julius C. Trimble of Indiana, David Bard of Michigan and Minnesota, Gary Mueller of Arkansas and Grant Hagiya of the California-Pacific and Desert Southwest Conferences.

In each statement, the bishops address misinformation and proclaim their vision for a big-tent United Methodist Church.

“The choice of traditionalists and moderates to stay should come as no surprise since they have been shaped and shaped by United Methodist DNA.”

The African bishops went further, issuing a statement on September 8 that repudiates the Wesleyan Covenant Association and the like-minded Africa Initiative – groups they previously considered allies on issues of human sexuality and the Bible.

“We will not tolerate anyone giving false information about The United Methodist Church in our areas,” the bishops statement said. All but one of the bishops active in Africa attached their names to the statement.

The various bishops who have issued statements often disagree on issues related to biblical interpretation and homosexuality. But they share a commitment to The United Methodist Church.

“The United Methodist Church has a BRIGHT FUTURE as God is visibly and invisibly at work through our connection,” Graves said in a statement of why he loves being a United Methodist.

“God uses United Methodist churches to proclaim the gospel, feed the hungry, comfort the broken, and resist the evils of this world. God has called us, God has equipped us, and God will move us forward to reach new people and new generations for Jesus Christ.

Hahn is an associate editor for UM News. Contact her at (615) 742-5470 or [email protected].To read more news from The United Methodist Church, subscribe for free to the Digests of the day or Friday.