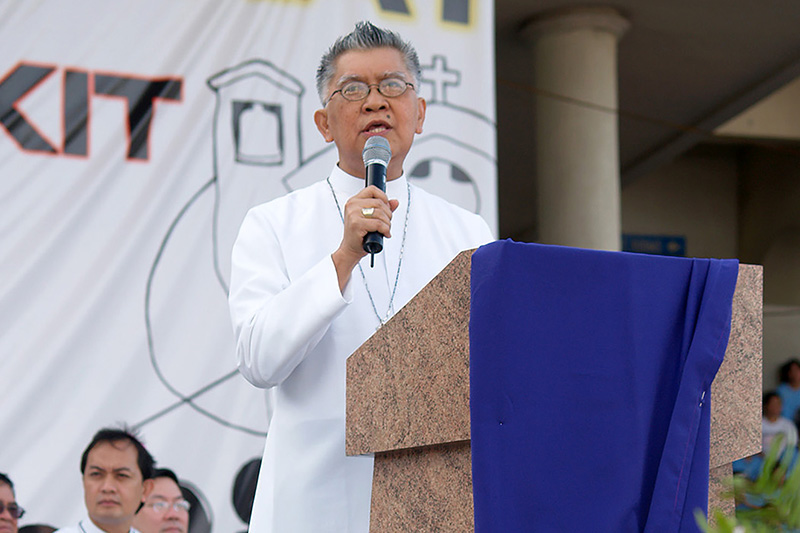 Reactions to his death described the former head of the Philippine Catholic Bishops’ Conference as a “visionary leader” and someone “gifted with a sense of humour”.

CBCP President Bishop Pablo Virgilio David said Lagdameo is a “very cheerful man” who had a way of “humanizing” the church hierarchy under his leadership.

“He can easily dissipate tensions. He was very good at managing conflict and very pastoral in his approach as well,” David said. “He will be remembered with great fondness.”

Bishop Gerardo Alminaza of San Carlos said Lagdameo led the collegiate body of bishops in a “difficult time” and “he really stood up at that time.”

As auxiliary bishop of Lagdameo from 2008 to 2013, Alminaza praised his mentorship and “empowering” leadership style.

“He treated me like his equal and like a brother. I had no difficulty accompanying him to really move the Jaro Church forward,” he said.

Alminaza said lay ministry and involvement in the archdiocese has also “blossomed” under Lagdameo’s leadership.

“He was very systematic and yet very personal… he takes the time to listen. So in a way he really paved the way for the Archdiocese to become a true Synodal Church,” he added.

For Auxiliary Bishop Midyphil Billones of Cebu, Lagdameo never lost his sense of humor and his willingness to find humanity in adversaries.

Billones served as Lagdameo’s secretary in Jaro for six years before being sent to Rome to continue his studies.

“The gift of Bishop Lagdameo is the gift of a sense of humor, which for me is a sign of holiness…a character of deep faith and trust in God,” he said.

During his tenure as head of the CBCP, he published over 30 pastoral letters on different subjects to instruct the faithful and lead them in the right path.

It was also under his direction that the CBCP Information Service became operational in 2007, ten years after the Permanent Council of Bishops approved its creation.