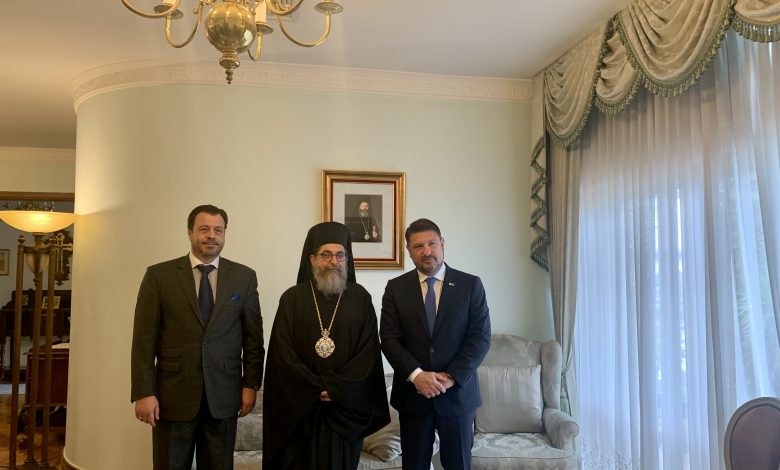 On Sunday, October 23, 2022, Bishop Kyriakos of Sozopolis presided over the Divine Liturgy for the Feast of Saint Iakovos the Apostle, at the Archdiocesan Church of Saint Eustathios, Melbourne.

Also present at the Divine Liturgy was Nikolaos Hardalias, Deputy Minister of National Defense of the Hellenic Republic representing the Prime Minister of Greece, Kyriakos Mitsotakis, who is currently in Australia for an official visit.

Hardalias was also joined by the Consul General of Greece in Melbourne, Emmanuel Kakavelakis, as well as a delegation of members of the Hellenic Defense Force and Ministry, who, after the conclusion of the Divine Liturgy, had a special meeting with Bishop Kyriakos of Sozopolis.

Additionally, on Monday, October 24, Hardalias visited the Australian capital, Canberra, and Bishop Bartholomew of Charioupolis attended his official reception at the Greek Embassy.

Archbishop Bartholomew conveyed to the Deputy Minister the appreciation and blessings of Archbishop Makarios of Australia while emphasizing that the holy Archdiocese of Australia works regularly, in collaboration with the Greek State, for the promotion of the faith , of the Greek language and culture in the fifth continent.

For his part, Hardalias thanked Bishop Bartholomew of Charioupolis for his presence, while asking him to convey his respect to Archbishop Makarios of Australia. Furthermore, he expressed his joy to see young Bishops working for the good of the Church in the Fifth Continent, praising Bishop Makarios for his decision. 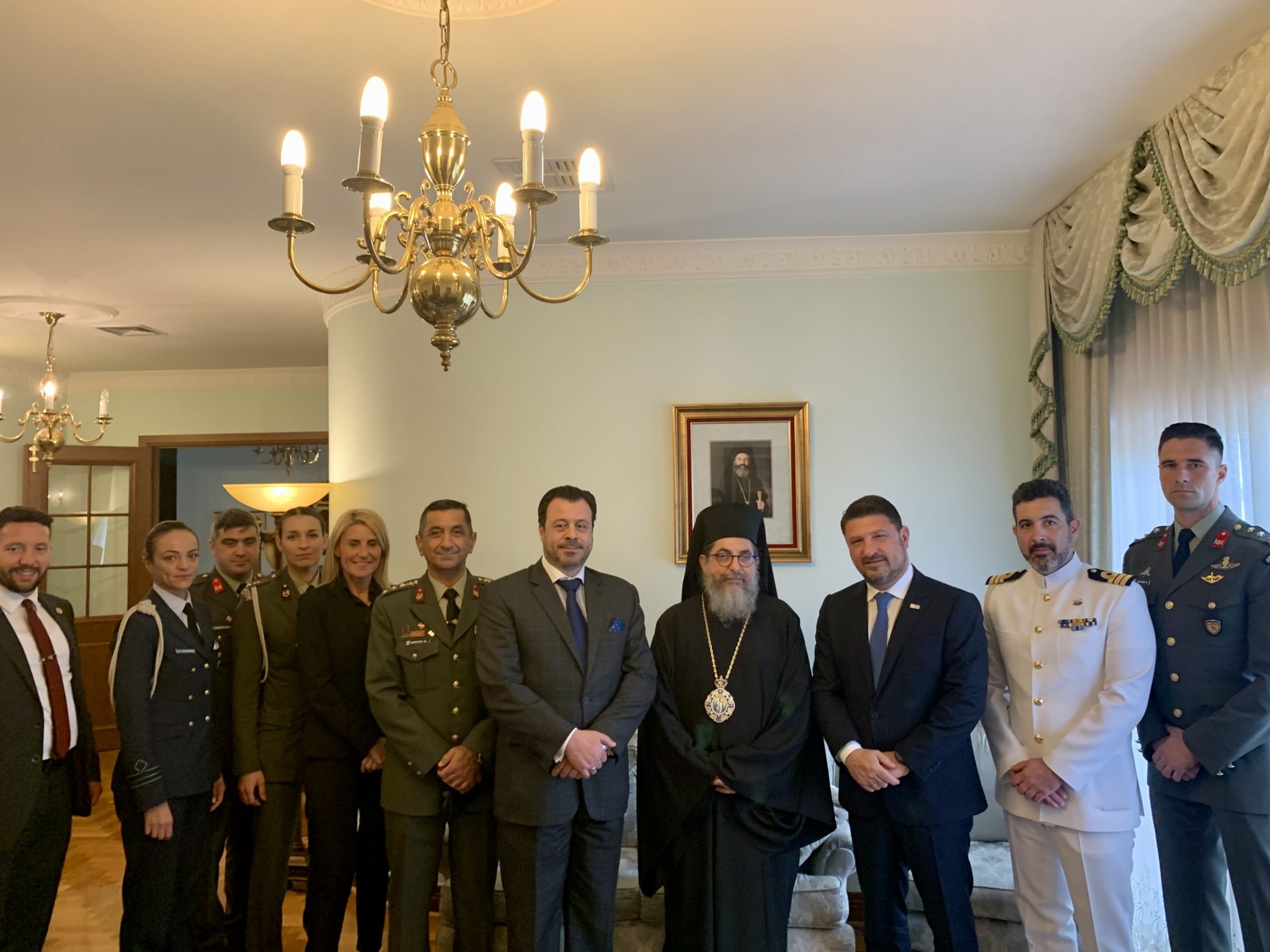 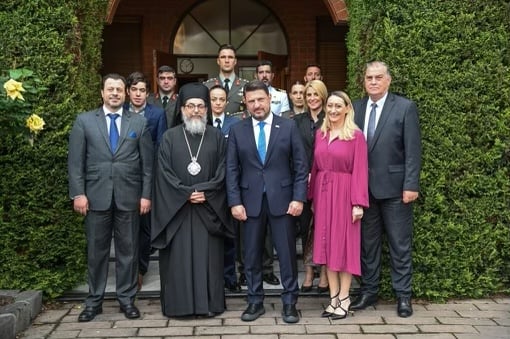