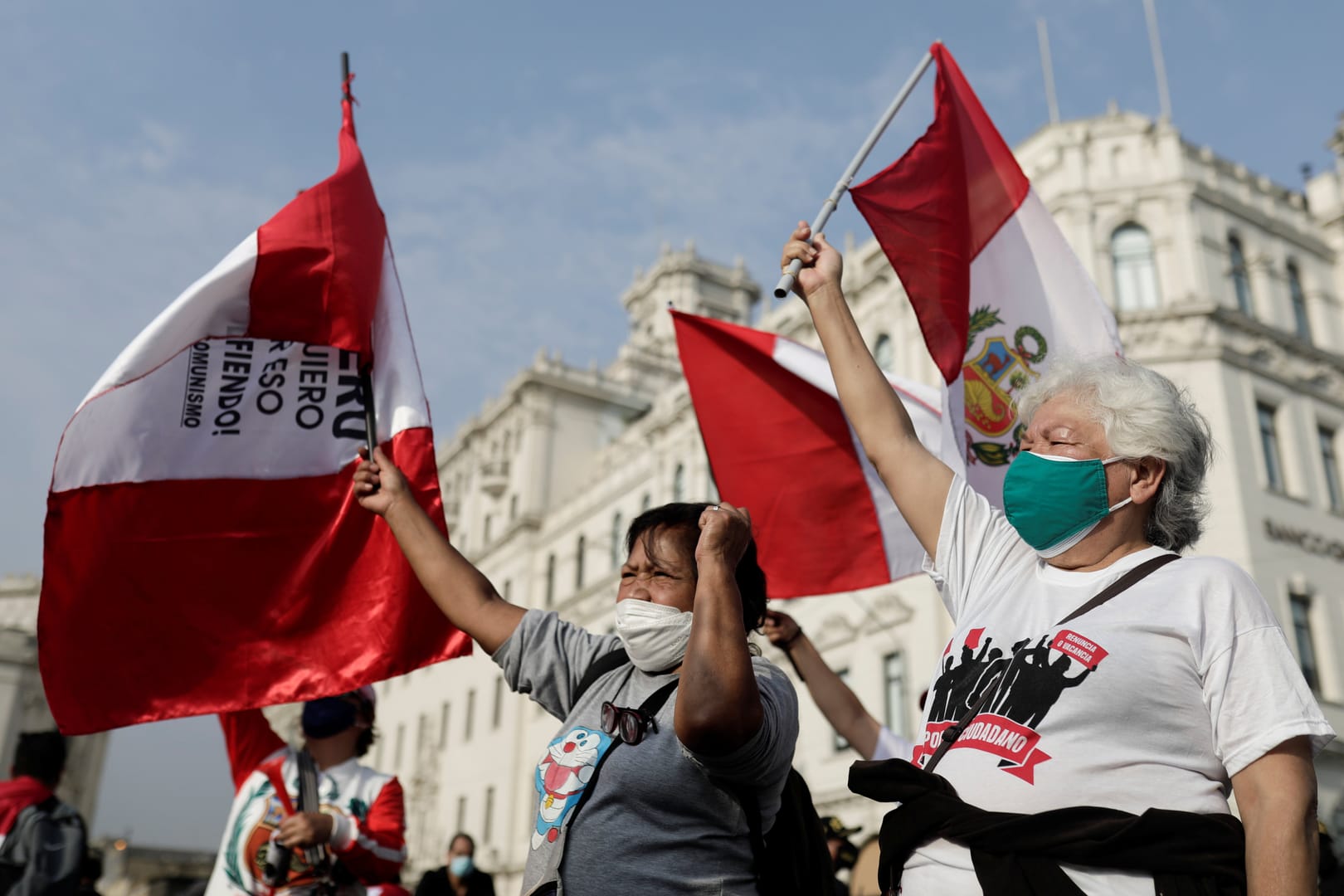 LIMA, Peru – Amid a political crisis in which the president, his wife and family members are accused of corruption and bribery, the bishops of Peru have called for dialogue and a commitment to defend democratic institutions.

At a press conference Aug. 18, the bishops issued a statement calling for “an urgent and creative solution” to “alarming levels of political, social, economic and moral decay, combined with the distrust of a large percentage of the population, and a loss of credibility and governance.

The statement comes just after the first year in government of President Pedro Castillo, a rural teacher and labor leader from the northern region of Cajamarca who had no previous government experience when he took office in July 2021.

Castillo has taken charge of a country reeling from the coronavirus pandemic, which has claimed at least 200,000 lives and left more than a quarter of the population to live in poverty. His administration has been plagued by constant turnover in key positions, with nearly 60 people having passed through the Cabinet’s 19 highest posts so far.

His tenure was also marked by constant fighting between the president and Congress. The constitution gives Congress the power to censure ministers and impeach the president, but also allows the president to dissolve Congress under certain circumstances. The result was a difficult stalemate.

Conflicts between the president and the National Congress predate Castillo — Peru had three presidents in just over a week in December 2020 — but took root during his tenure.

“Citizens do not deserve the spectacles of confrontation within and between public powers, especially the executive and legislative branches, because the constant confrontation deepens their loss of legitimacy and citizens no longer feel represented by them,” the authorities wrote. bishops.

The conflict, they added, “seriously undermines democracy and creates more divisions and conflicts, which leads to serious confrontation between Peruvians and can lead to uncontrollable levels of violence”.

The political crisis is further complicated by high levels of corruption, the bishops said, noting that a recent Latinobarometer A survey placed Peru among the four Latin American countries considered to be the most corrupt by their citizens. Besides the president, his wife and several of his relatives, prosecutors are investigating a former government minister, half a dozen lawmakers and various other officials, including judges, in corruption cases.

All presidents elected in Peru since 1990 face corruption charges. Former President Alan García killed himself in 2019 when police arrived at his home to arrest him as part of an investigation into construction project bribes.

Castillo’s supporters say the president’s criticism stems from discrimination because of his rural roots. Opponents say he is incompetent and undermines democracy. Castillo has attempted to make the leak of information on corruption investigations a crime, leading the bishops to call on the government to guarantee freedom of the press and media to “inform and express opinions with truth, honesty and respect”.

The Bishops noted that corruption contributes to increasing poverty, which is exacerbated by the global economic crisis. The consequences include more Peruvians suffering from hunger and precarious jobs, as well as decreased spending on public services like health care and education, they said.

Amid what they called a moral and ethical crisis, the Bishops called for broad dialogue involving all branches of government, civil society “and especially young people.”

“We call on all sectors of civil society to seek, through democratic means, the restoration of governance and peace in our country, rejecting violence as a means of resolving conflicts,” the Bishops wrote, adding that the Church “has been, is and will always be ready to collaborate for the good of our beloved Peru.