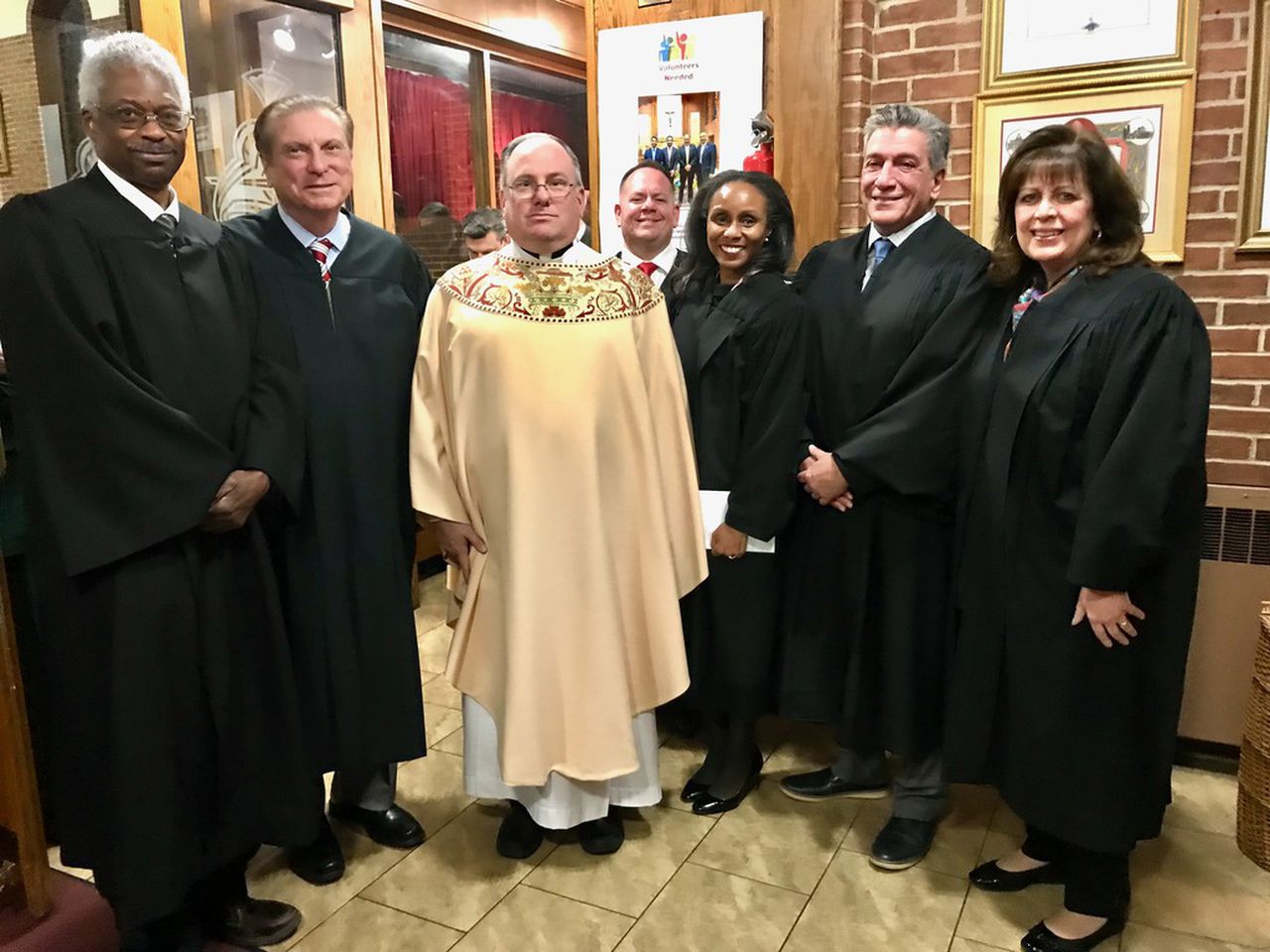 The centuries-old tradition, which marks the beginning of the court year, dates back to the 13th century and officially opened the court term for most European countries.

In medieval times, government officials, lawyers and judges came to church dressed in red vestments or red vestments signifying the fire of the guidance of the Holy Spirit for all who sought justice in their lives. daily.

Red Mass is currently celebrated in dioceses across the United States to invoke God’s blessing upon members of the pew, bar, legislature, law enforcement, and government agencies who protect and administer the law .

The annual event also serves as a way to remember members of the legal community who have died over the past year and it is customary for the names of the deceased to be read aloud during Mass.

This year, candles were lit on the altar by members of the respective families in memory of their loved ones: Justice David Frey, Eugene Lamb, William G. Murphy and Frank Wall.

Although the exact date of its creation is unknown, it seems that the Red Mass originated around the middle of the 13th century.

However, in 1928, the Red Mass was celebrated for the first time in the United States at St. Andrew’s Church in Manhattan under the presidency of Cardinal Patrick Hayes.

Here on Staten Island, the Red Mass was initiated by retired Supreme Court Justices John A. Fusco and Charles A. Kuffner Jr. With the support of retired Attorney Robert J. Gigante and Attorney Matthew Titone and staff members, it continues to this day.

Each year, Red Mass is co-chaired by Ron Cerrachio and Mario Esposito Jr.

The ceremonial mass includes the NYPD guard and Knights of Columbus berets.

“Archbishop Berardi was from Italy and Archbishop Finn was born here,” Bishop O’Hara said. “Both loved the community very much. So tonight, in addition to the lawyers we’ve lost this year, let’s remember Monsignor Finn and Monsignor Berardi.

Bishop O’Hara then told the story of the day he had breakfast with Bob Gates, who was the 22nd US Secretary of Defense, and several other notables. He said Gates recalled how in years past there was more communication, cooperation, socialization and willingness to listen in the world.

“We influence a lot of people by what we say and what we do,” the bishop said. “It’s a way of bridging communication and understanding. All social engineering is perceived by verbal engineering. And today is awful. So ask the Lord to cleanse us and reach out and make a difference to what is missing in the world today and embrace a new beginning and see how we can be an instrument of healing. Because we’re not going anywhere if everything is negative and not positive. Remember that Dorothy Day saw the goodness in everyone.

The prayers of the faithful were read by Mario Esposito Jr.

The choir was led by music director Terry Tarangelo, which included performances of “The Prayer,” a duet by Jessica Caracciolo and William J. Newstad, a post-Communion reflection of Kristen Pinto’s “Ave Maria,” and “God Bless America,” by Tarangelo.

“The Red Mass Committee would like to thank you all for participating and we extend our heartfelt thanks to our homilist, Bishop John J. Hara, our celebrant, Bishop Peter Byrne, pastor of the Holy Sacrament, clergy, and a special thank you to our Associate Chief Justices, Deborah Kaplan and Tamiko Amaker,” Cerrachio said.

A renewal of the attorney’s oath read by Judge Deborah A. Kaplan, Associate Chief Administrative Judge of the New York City Courts, saw members of the legal community rise to their feet.

A light meal was served at the parish center of the Blessed Sacrament immediately after the ceremony.