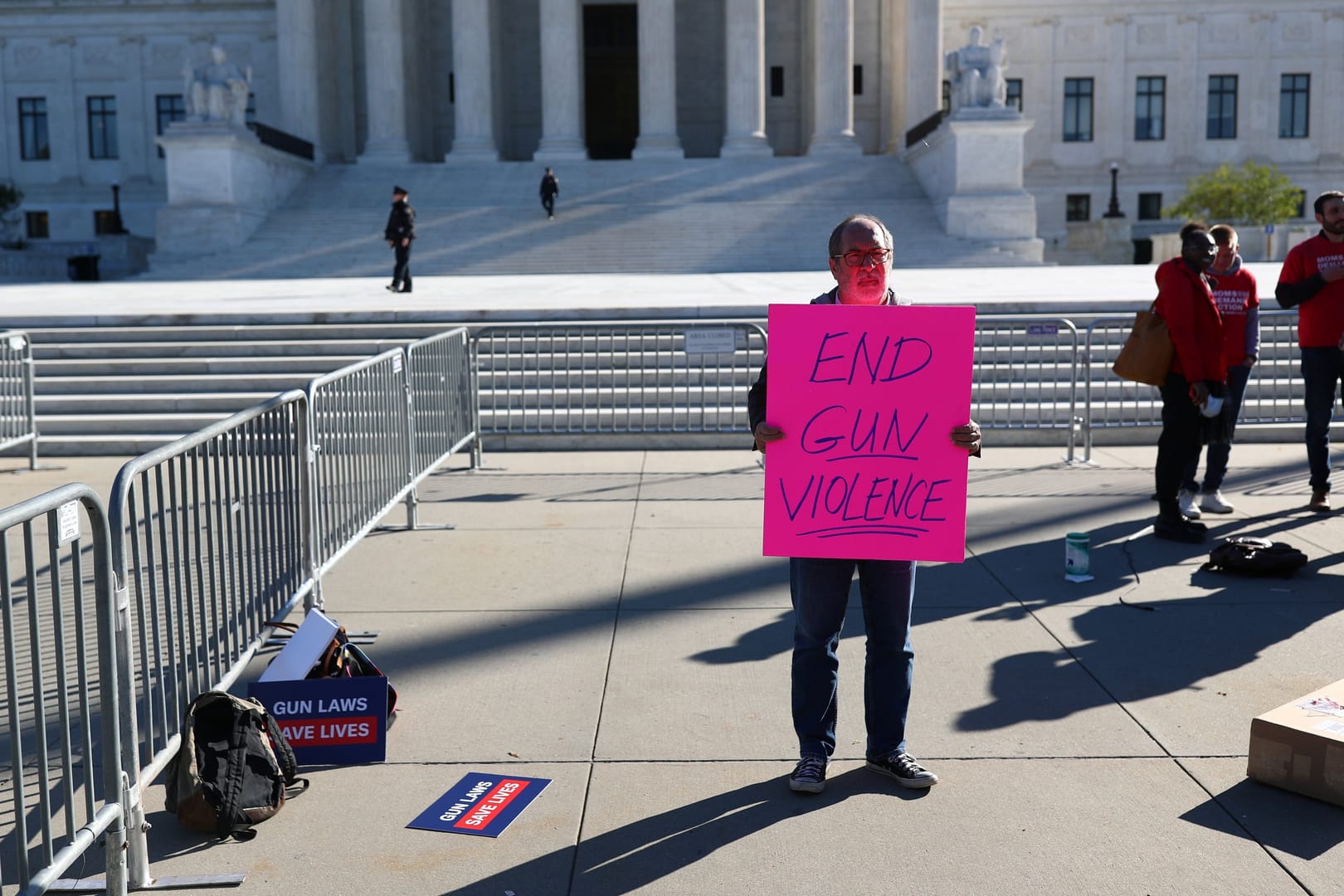 Bishops call for comprehensive response to shootings, including gun control

NEW YORK — In response to a recent spate of mass shootings, four presidents of the United States Bishops’ Conference have called on Congress to work on legislation that “addresses all aspects of the crisis,” primarily gun control, mental health and declining family life.

“These tragedies can only lead us to one conclusion: We must unite in our humanity to stop the slaughter of innocent lives,” the USCCB presidents wrote in a letter.

“We urge all members of Congress to reflect on the compassion you all no doubt feel in light of these tragic events and be moved to action because of it,” they wrote. “There is something seriously wrong with a culture where these acts of violence are increasingly common.”

The bishops said it has been a decade since 26 people – 20 children and six staff members – were killed in a shooting at Sandy Hook Elementary School in Newtown, Connecticut, saying, “We are urgently calling on members of Congress to work together in a bipartisan manner. to make these horrible attacks less likely to happen again.

They also called for passage of the Federal Extreme Risk Protection Order Act of 2021. This bill establishes procedures for federal courts to issue extreme risk protection orders, which prohibit a person from buying, possessing, or receiving a firearm or ammunition at the request of a family or household member or law enforcement officer.

Other gun control-related actions the bishops have called for include a total ban on assault weapons and restrictions on civilian access to high-capacity weapons and ammunition magazines, measures that control the sale and use of guns, a more appropriate minimum age for gun ownership, a ban on “exceptional stockpiles” and federal law to criminalize gun trafficking.

To get their message across, the four presidents echoed in part the words of Pope Francis in a 2015 address to the US Congress, when the pontiff asked the question: “Why are deadly weapons being sold to those who consider to inflict untold suffering on individuals and society?

“Unfortunately,” Francis continued. “The answer, as we all know, is simply for money, money that is soaked in blood, often innocent blood.”

The bishops also recognized that gun laws alone are not enough to address the roots of the violent attacks seen across the United States. They cite that many perpetrators of mass violence in schools suffered trauma in childhood, including family instability and suffering or witnessing physical abuse, emotional abuse. , or drug addiction.

“As we said in our Pastoral Statement Confronting a culture of violence“We must simultaneously address the decline of family life and the growing availability of lethal weapons,” the bishops said.

“Therefore, in addition to seeking all kinds of policies to encourage the culture of strong family life, we call for better access and increased mental health resources and earlier interventions,” they continued. . “We also encourage peacebuilding in our communities through restorative justice models.

The bishops’ letter comes as Congress appears locked in partisanship and unlikely to act. President Biden acknowledged this in an address to the nation on June 2, where he implored Republicans to join Democrats on gun control legislation.

The Bishops did not direct their comments to one party or the other, but rather emphasized the importance of bipartisanship in getting things done.

“Bipartisanship is never more important than when it is necessary to protect life and end the culture of death,” the presidents wrote. “We invite you to support these measures and to participate in building the culture of life that our society so badly needs, not only as elected officials, but as mothers and fathers, grandparents, aunts and uncles. little children or teachers you expect to get home safely today.